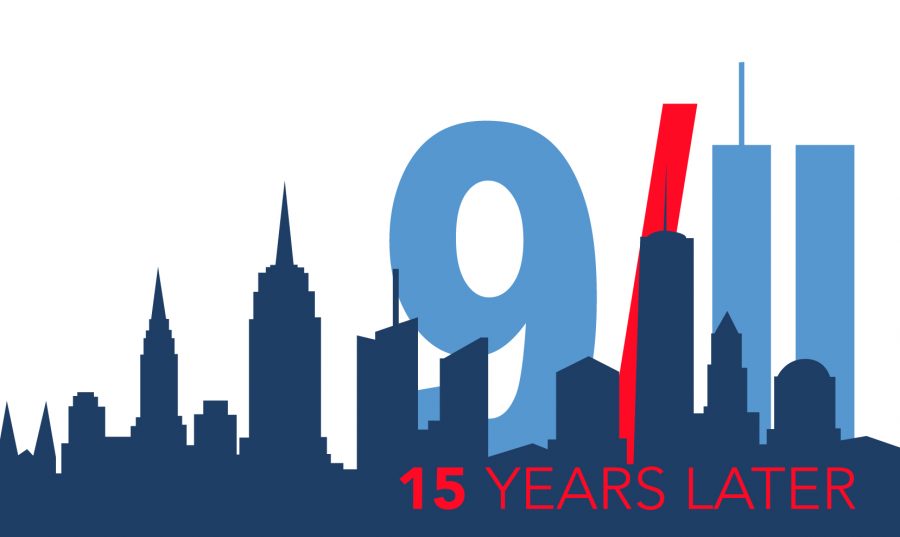 Remembering the legacies and stories of four University students

Sept. 11, 2016 marks the milestone 15th anniversary of the 9/11 terrorist attacks that took 2,977 lives in New York, Washington, and Shanksville, Pa. While the country and the world honor the legacies of friends and loved ones, the University plans to mark the anniversary by commemorating four of its own alumni who died that day.

Brad Fetchet, 24, was an equities trader at Keefe, Bruyette & Woods, and a graduate of the Class of 1999. At the University, Brad was a varsity athlete on the men’s lacrosse team and a member of Kappa Delta Rho fraternity.

Mark McGinly, 26, was a precious metals trader at Carr Futures. McGinly grew up in Vienna, Va. and went on to play golf at the University. He was a member of Kappa Delta Rho fraternity and graduated in 1997.

Keith Coleman, 34, met his wife, Elodie, at the University his junior year in an economics class. He graduated in 1990 and was a member of Sigma Chi fraternity. He was a senior vice president at Cantor Fitzgerald. Coleman’s brother, Scott, also died on 9/11.

Bonnie Smithwick, 54, graduated from the University in 1968. After studying mathematics and helping to establish the women’s golf team, Smithwick went on to earn a master’s degree from New York University in finance. She was an investment fund manager at Fred Alger Management.

The University is dedicating a memorial in Mark McGinly’s name at the Bachman Golf Center on the evening of Friday September 9. Mark’s golf career at the University was important to him and was a focal point of his life as an undergraduate.

To remember Mark, current students could do well to learn a little about him and give him a nod when they visit the center and the memorial, according to McGinly’s father, Bill McGinly.

“Mark loved Bucknell and all it offered. He was wonderfully prepared for the work he was doing at Carr Futures on the 92nd floor of the North Tower,” Bill said.

Bill continued, “When I asked Mark how it was that he had such good friends, he told me…’Dad if you want to have friends, you have to be a friend.’  Mark was that for sure.”

On Sept. 9, the Conservatives Club is also sponsoring a 15th Anniversary 9/11 Remembrance Event on the Science and Engineering Quad.

Professor of Sociology Alexander Riley will speak at the ceremony about his experiences after the terrorist attacks, particularly about his research for his book about Flight 93, “Angel Patriots in the Sky: The Crash of United Flight 93 and the Myth of America.”

On Sept. 11, 2001, Riley was working in his old office in Coleman Hall when he saw an email from his mother saying that the World Trade Center had been attacked. He spent most of the morning, along with his colleagues, “standing there stunned, not believing it was even possible. It was just a dreadful, dreadful, day,” Riley said.

Riley said he became immediately interested in the story of Flight 93 because there was so much speculation about Shanksville and the story that eventually emerged.

“It wasn’t that the [people on that flight] didn’t intend for the plane to go down there, the plane went down there because the passengers forced it down,” Riley said.

After an emotional visit to the memorial site with his wife, Riley determined that he was interested in capturing Flight 93’s story.

“I decided I was interested in my reaction to it, the country’s reaction to it, and what 9/11 means to the history of the country,” Riley said. “The story of Flight 93 is an amazing indication and a piece of empirical evidence of what the American character is. The University community should mark this and every anniversary by making an effort on the victims’ behalf.”

“I was pleased that students wanted to do something more substantive this year than we’ve done previously,” Riley said of the 15th anniversary. “The importance of saying [the victims’] names and remembering who these people were is a powerful message. This is the single, largest attack on our country. It’s important to take the time away, slow down, and think about this.”

“I’ve had friends who have said to me, ‘Why aren’t you over this? It should be out of your head.’ I will never get over it,” Bill said. “I ask them, ‘How often do you think about your kids?’ The answer is every day. Well, I tell them, that’s how often I think about Mark.  Every day, it all comes back.”