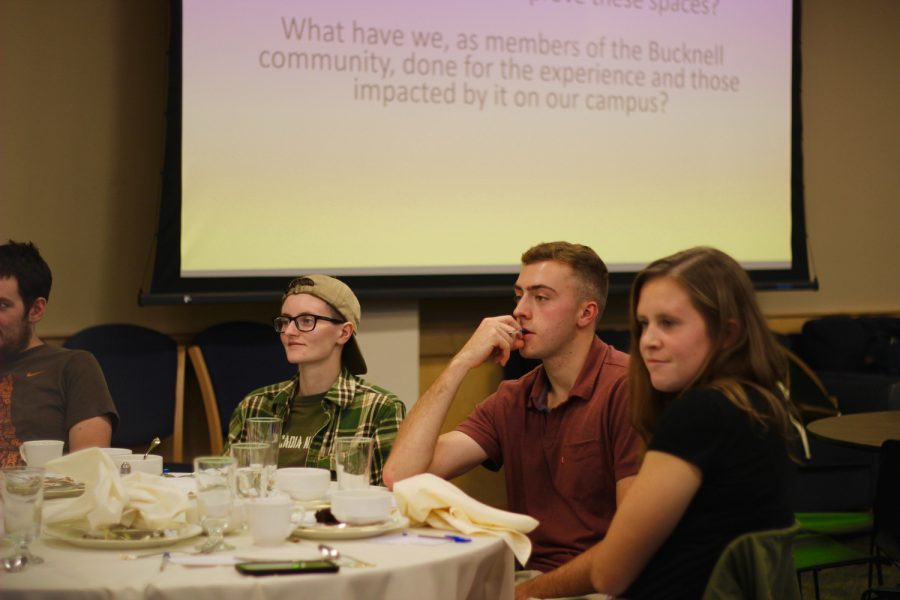 The Common Ground organization hosted their first community dinner of the year on Sept. 27 in Walls Lounge, which featured a facilitated discussion titled, “Finger on the Pulse: Our Country’s Response to the Orlando Massacre.” Discussion centered around the Orlando shooting at the Pulse nightclub on June 12, 2016.

Common Ground is a student-led retreat over Fall Break that is dedicated to exploring issues such as sexual orientation, race, and gender in order to foster tolerance within the University community. The Common Ground facilitators organized and led the event, which was attended by both students and faculty.

The discussion was led by Common Ground facilitator Anushikha Sharma ’18, who provided prompts that were first discussed at each individual table, and then together as a group.

The discussion focused in part on how the media omitted details about the victims and instead focused more intensely on the assailant.

“This was an attack in their own space where they went to feel safe and understood,” Sharma said in regards to the victims.

“These details were glossed over in the media that chose to focus more on the Muslim heritage, history of violence, and the mental health of the assailant to perpetuate the popular narrative of Islamophobia and Islamic terrorism that is surrounding the country,” she said.

“I think the dinner was especially important for recognizing the erasure of the victims’ identities–the attack has often been deemed as a ‘terrorist attack against all Americans,’ which isn’t true at all. It was an attack against LGBTQ people of color, people whose identities are still critiqued, judged, and discriminated against–to be honest, even that’s erasure,” Common Ground facilitator Tamara Hijazi ’17 said.

“[I hope] to see [more] faces at future community dinner events so that dialogue can be generated all throughout campus,” Common Ground facilitator Sharon On ’18 said.