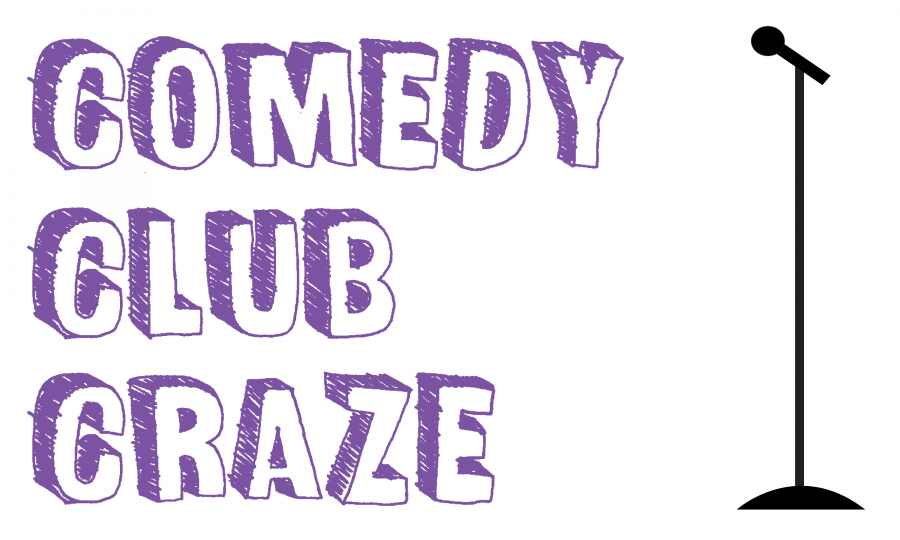 Most students cringe at the thought of getting on stage in front of their peers and trying to make them laugh. It’s a difficult feat to stand in front of a large audience of expectant students and throw out one-liners with the right tone and timing, or perform improv in front of a group of judgmental parents. However, for the members of  The ’Nell Party, College Dropout, and We Brake for Nobody, comedy comes naturally. These students relish the moments they get to stand in front of a mic and have people literally “ROFL-ing” (Rolling On the Floor Laughing). This semester, each comedy group has put on at least one show for students and parents. Performers and directors of the events share some insight on what goes into the preparation and performance of stand-up and sketch comedy.
The ’Nell Party
The ’Nell Party is one of the student comedy clubs here on campus. They hosted a highly attended stand-up comedy show on Sept. 16 in Trout Auditorium. Performers included Troy Schwab ’19, Josh Williard ’18, Odinmma Ofili, Elias Strizower ’17, and Hannah Rosen ’18 as the emcee. While all of the performers put on great sets judging by the audience reaction, they had a range of experience in stand-up comedy. Williard, for example, had never done stand-up before getting on stage for The ’Nell Party, but it was something he always wanted to do having grown up watching comedy specials on TV. With that said, he was definitely apprehensive.

“The prospect of putting myself out there in front of a bunch of people made me really nervous,” Williard said.

Ofili and Schwab, on the other hand, have been performing stand-up for years. Schwab is the director of stand-up for The ’Nell Party and has been an active club member since his freshman year. Ofili has also performed on campus before and has even taken his comedy talents outside of the University.

“I’ve been performing mainly at open mics here in the area, and over the summer, I actually performed at some in New York City,” Ofili said.

So where do these performers get their inspiration? According to Schwab, Williard, and Ofili, most come from true experiences that they’ve had and thought were funny.

“Most of my jokes are from real life experiences and things that have actually happened to me or to my friends, plus a few creative embellishments,” Ofili said.

While it may seem natural on stage, stand-up does take a lot of preparation.

“We take our shows very seriously and usually have a three week preparation program, where we have people write and submit at the end of a week, then the next week we do revisions and work on stage personas, theatrics, or joke structure,” Schwab said.
College Dropout
College Dropout is another popular comedy club on campus that hosted a stand-up comedy show on Sept. 30, also in Trout Auditorium. Shannon O’Connor ’18, Cleo Greenwood ’18, Josh Popkin ’18, and Stephen Walsh ’18 each performed that night with Brian Leblanc ’18 and Chuck Emrich ’18 as the emcees. Popkin, who runs College Dropout, approached many of the performers to do the show, and they were more than happy to do it.

“The thought of being able to just talk about whatever I wanted in front of a bunch of people at Bucknell was an opportunity I wasn’t going to miss,” Walsh said.

“I love to watch stand-up, so when [Popkin] approached me to be in the show I thought it would be a fun experience,” O’Connor said.

Aside from Popkin, none of the student performers had much experience with stand-up, so getting on stage was daunting for them.

“The first 30 seconds were officially the scariest moments of my life,” Walsh said.

Fortunately, once onstage, the performers found their stride.

“Once I was up there it was so much fun. It was such a cool and unique experience to have so many people there watching and laughing,” O’Connor said.
We Brake for Nobody
We Brake for Nobody (WBFN) is the only improvisational “improv” comedy club on campus, and hosted its annual series of Family Weekend shows on Sept. 24 in Trout Auditorium. They also took part in “Center Stage 2016: The Daily Show” on Oct. 1 alongside The ’Nell Party performers and well-known comedians. President of WBFN Robert Cowen ’17 described the Family Weekend performances as a way to introduce the new members of the club to the campus and their families and to test out their skills. Unlike stand-up, improv is all thought of on the spot, with no memorization.

“We practice our performance games and train together multiple times a week, [but] when it comes to shows, everything you see is completely fresh,” Cowen said.

A lot of the WBFN ideas come from the famous improv TV show, “Whose Line Is It Anyway?”

Improv is inherently funny in its spontaneity, but with it comes many challenges. Cowen shares that it’s nerve-wracking to not know when the laughs are going to come or when something is going to be funny or awkward. However, this is also what makes it entertaining.

“Sometimes you will just have these moments of pure magic where everything clicks between both you, your partner, and the audience, and you’re able to make something in that moment that is at the same time crazy as it is weirdly perfect,” Cowen said.