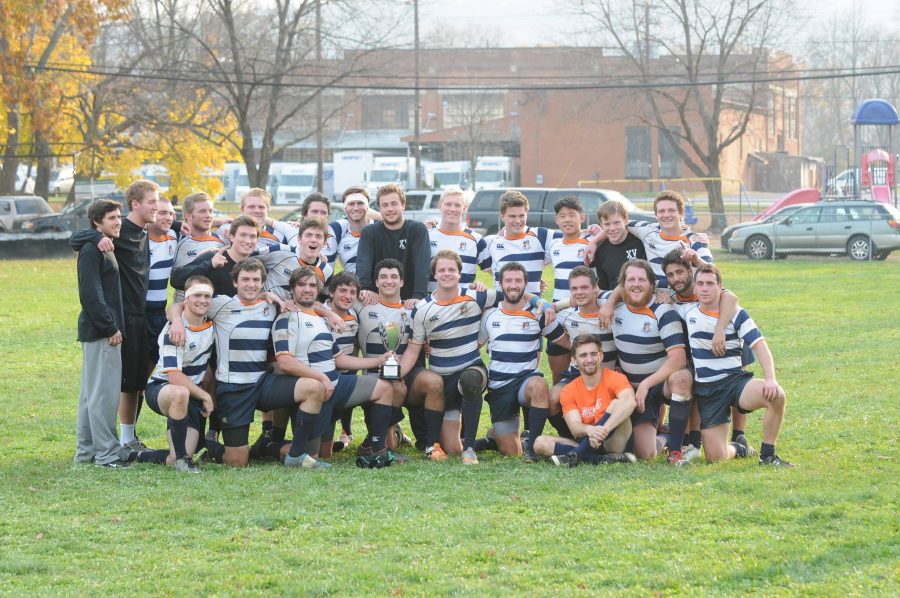 The Bison rugby club team has had a season for the books. The men’s team has gone undefeated with a 9-0 record. On Nov. 19, the Bison defended their Eastern Pennsylvania Rugby Union (EPRU) title in a 55-41 victory over their Route 15 rival, Susquehanna University. This feat solidified the second consecutive year that the rugby team has held the EPRU title. The team also kept hold of the much-treasured Bisonator Cup. Many of the games saw Bison rugby alumni on the touchline to cheer their team onto victory.

Terence McHugh ’17 reiterated how hard the team has worked all semester.

“We started practicing before classes started and we’ve been working hard until the last week of the semester. It’s a team sport and we’ve put a lot of time in together,” McHugh said.

The Bison are now on their way to Nationals if they can secure a win in their upcoming game on Dec. 3 against Catholic University of America. They will be playing on their home field and hope to see a large turnout for support.

Aaron Tohme ’17 recognized the off-the-field camaraderie that keeps the sport fun for the athletes.

“I think the foundation of our success is our chemistry and discipline. Rugby is a lot about timing so being on the same page with your teammates is a huge advantage. Coach Migliori, along with his coaching staff, does a great job keeping us focused at practice so we execute our plays perfectly come game time,” Tohme said.

Tohme acknowledged the diverse group of students that comprise the team, including men from various fraternities and those involved in numerous campus activities.

“But when we step on the field or are celebrating after a huge win, the only group that really matters is the team. A lot of that camaraderie is a result of the unspoken bond you kind of develop when you’re all flying around cracking people with no regard for your own body. We each fight for the 14 other players on the field—everyone, especially the younger guys, is ready to step up at a moment’s notice,” Tohme said.

Tohme also recognized that the success of the club team would not have been possible had it not been for the support of family, the parent’s association, and the coaches. He is hopeful for the future of the program, as the recent success will likely help increase the size of the club.