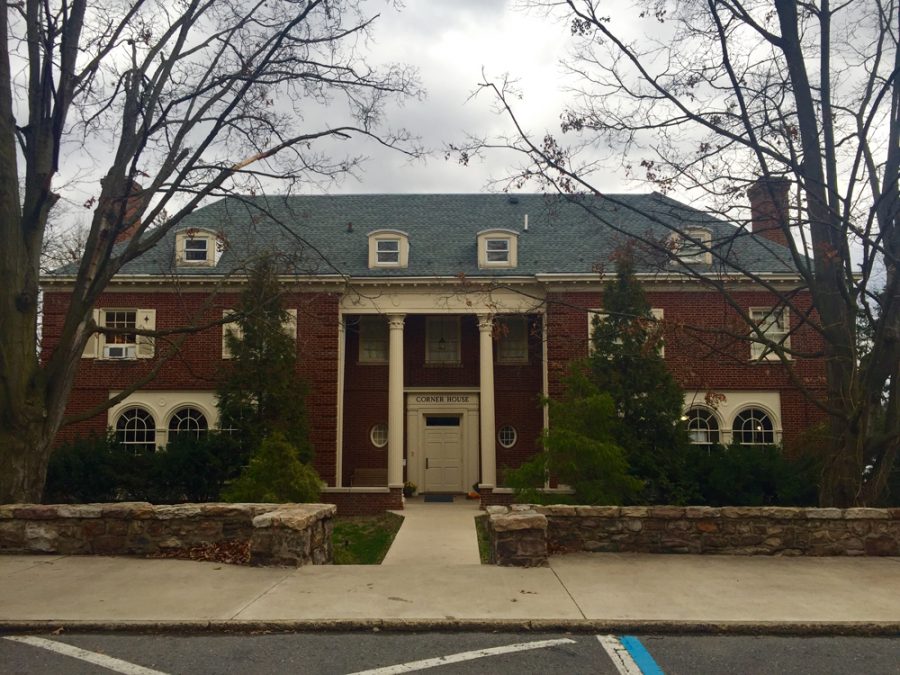 In May 2015, the University and Phi Kappa Psi National Headquarters reached a joint decision to effectively dissolve the Pennsylvania Gamma Chapter of Phi Kappa Psi Fraternity for a minimal period of four years. Dean of Students Amy Badal said that, following a student conduct hearing as well as various interviews with then-current and past officers of the chapter, the University “identified numerous violations of the Student Code of Conduct reflecting a culture of behavior … that stood in direct conflict with the University’s values and its [principal] concern for the health and safety of our students.”

Nate Riggins ’17 and Jonah Winston ’17, former members of Phi Kappa Psi, said that the investigation was instigated by what Badal labels a “recruitment video.” According to Riggins and Winston, the video was found on a flash drive that the University discovered when cleaning the parking lot of the former uphill Phi Psi Fraternity house, now the Bohemia affinity house. Riggins and Winston reported that the video featured the consumption of alcohol by fraternity brothers two to three years above their class year, but denied that the video was used for recruitment purposes.

“It was just very shocking to us … we [hadn’t] even joined the fraternity when the video was made. We were still freshmen [at the time of the video’s production], and we were the ones who were punished for it the most,” Winston said.

A fraternity chapter cannot be removed from a university without approval from Nationals. Of the violations for which the University held the fraternity accountable included the organization’s failure to act in a manner that reflects either maturity, social responsibility, and respect towards the person and property of others; respect towards the policies, procedures, and laws that are in place to maintain and support community laws and standards at the University and beyond; and respect for one’s own health and well-being with regard to drugs, alcohol and that of others. These charges were addressed in a letter from Badal to the members of the fraternity on May 21, 2015 following a hearing that took place on May 18, 2015.

Badal declined to further comment on the content of the video, citing the need to protect the individuals involved.

The Fraternity appealed the decision but was denied by the University under the direction of former Provost Mick Smyer; the suspension was carried out. The University offered a meeting to discuss the future relationship of former members of the fraternity to the University. This meeting was held in July 2015 and was attended by faculty and staff members—including University President John Bravman and Badal—as well as various brothers of Phi Psi and their parents.

According to Winston and Riggins, the primary goal of the meeting was to ensure that the recently disbanded fraternity members would continue to receive a beneficial experience at the University.

Badal said that the faculty in attendance reaffirmed the University’s “commitment to providing appropriate support to students directly impacted by the suspension,” as they would “in connection with the suspension of any student organization.”

“We appreciated [the students’] input and respected their dedication to the organization,” Badal said.

Both Riggins and Winston viewed the meeting as unproductive.

“It was basically the administration telling us that we were awful kids … We could speak but no one was actually listening. It was like a ‘thank you for your comment’ kind of thing,” Riggins said.

An alumnus of the Pennsylvania Gamma Chapter who attended the meeting substantiated their frustrations, stating that he also viewed the meeting as unnecessary and fruitless, though he declined to go on the record for this article.

Once the fraternity’s suspension was finalized, Winston said that he was receiving phone calls throughout the summer from students who sympathized with and were confused by the suspension.

“It didn’t just surprise us; it surprised everyone. There were kids in what are supposed to be rival fraternities calling me, saying they’re going to fight as hard as they can to [get us back on] campus, because [they believed] what happened didn’t make sense and wasn’t fair,” Winston said.

“I was on track to have a leadership position in the future. But when we lost our chapter, we lost so many different opportunities to really help the community. When I was serving on the IFC Board, I was really proud of what I was doing,” Riggins said.

Badal acknowledged that the suspension impacted individuals, but emphasized that it was issued solely against the Phi Kappa Psi Fraternity itself.

“The University chose not to pursue conduct charges against individual students. Our primary concern was and remains the culture that developed within the organization,” Badal said.

Former members expressed their skepticism regarding the legitimacy of these accusations, which Winston explained will impact his relationship with the University post-graduation. He acknowledged that he is grateful for his time as a student at the University, stating that it is “a different experience, not a worse experience.”

Part of the problem, from his perspective, is a lack of transparency in how the suspension was handled. “If it was something tangible that we did, we knew that we did, even if it was one of our brothers [that did it] … we would’ve accepted the responsibility,” Winston said.