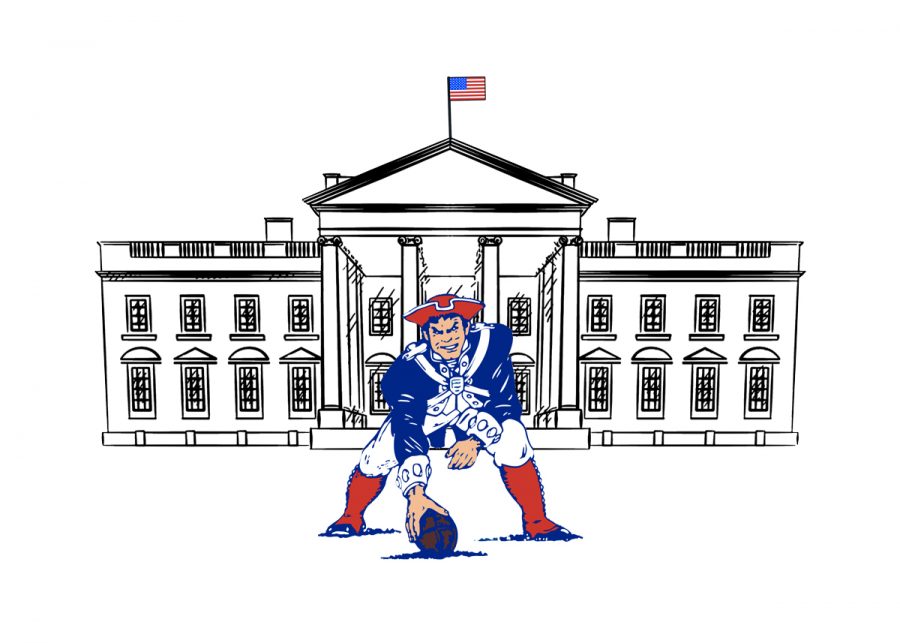 Since the New England Patriots’ overtime comeback to beat the Atlanta Falcons in Super Bowl LI on Feb. 5, six of the Patriots’ players have publicly announced that they will not be accompanying the team on the congratulatory visit to the White House later in the year. More are expected to follow.

The players who will not be attending the celebration include Martellus Bennett, LeGarrette Blount, Alan Branch, Dont’a Hightower, Chris Long, and Devin McCourty. McCourty, Bennett, and Blount have explicitly cited political reasons for refusing the visit. Many have voiced their opinions on social media platforms like Twitter.

“I will not be going to the White House. I don’’t feel welcome in that house. I’’ll leave it at that,” Blount said. Other players have provided different excuses unrelated to President Donald Trump.

It’s not the first time this season that NFL players have taken advantage of their positions on a national stage to make a political statement. Initiated by San Francisco 49ers quarterback Colin Kaepernick, many players kneeled in protest during the playing of the national anthem at games throughout the season.

However, the issue with the Patriots is an interesting case because Trump has identified himself as a big fan of the team and friend of quarterback Tom Brady and head coach Bill Belichick. Allegedly, Brady called then President-Elect Trump on election night to congratulate him on his win. Brady has neither confirmed nor denied these reports. Patriots organization owner Robert Kraft is confirmed to be an ardent Trump supporter, as well. There’s no question that Trump is a Patriots supporter, though.

“What an amazing comeback and win by the Patriots. Tom Brady, Bob Kraft and Coach B are total winners. Wow!” Trump said in a tweet.

Whether viewers approve or not, athletes are increasingly using their celebrity status as an opportunity to publicize their political opinions or support various causes, and this is only one example. Hopefully, every athlete will champion the right to freedom of speech and the differences of opinion demonstrated off the field will not affect the dynamics of the teams we know and love or the entertainment they provide to the American public.