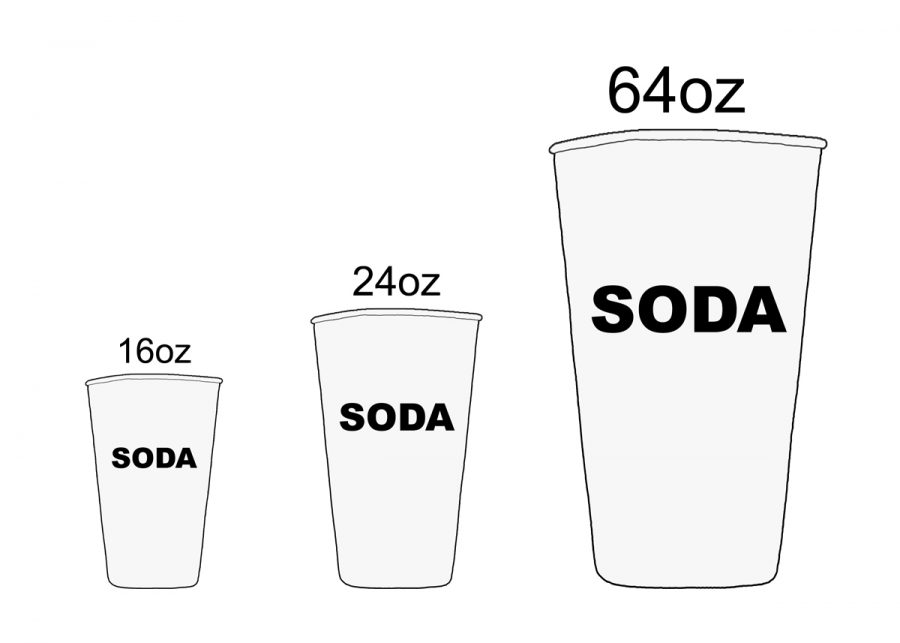 In 2013, then-New York City Mayor Michael Bloomberg, along with the Department of Health and Mental Hygiene (DOHMH), proposed the “Sugary Drinks Portion Cap Rule,” which came to be known as the “soda ban.” The ban prohibited the sale of sodas more than than 16 ounces in establishments such as restaurants, delis, movie theaters, sports stadiums, and food carts. It should be noted that this ban excluded diet sodas.

To put it into perspective, a small soda at McDonald’s is 16 ounces and a “mega jug” of soda, which holds 64 ounces, has on average 800 calories. Many believed that limiting the sizes of sodas sold was unconstitutional; consequently, the constitutionality of the law was challenged in the New York Supreme Court, where the change was then overturned. The DOHMH then appealed to the New York State Court of Appeals, where the court ruled that the city was overstepping its boundaries with these restrictions. Ultimately, Bloomberg was mocked and ridiculed for this policy proposal.

By 2015, officials in Berkeley, Calif. were able to implement the country’s first “soda tax,” which charged $0.01 per ounce of a drink. Within a year, minority and low-income populations of Berkeley were consuming 21 percent less soda. Additionally, Berkeley citizens said that they were drinking more water. Skeptics of the tax believe this decrease in soda consumption may be more related to campaigns to implement the tax that also informed people of the dangers of soda, rather than consumers actually having to pay more (since the tax is so small). Either way, there is a decrease in soda consumption, which is good for the health of the population.

Many other city governments are attempting to curb the obesity crisis by introducing a soda tax. In New York public schools, an average of 20 percent of kindergarten students are overweight. Childhood obesity can lead to a laundry list of other ailments in addition to diabetes, from asthma to increased chance of heart disease. People who are overweight or obese as children are more likely to stay overweight as adults.

Obesity is costing our country; the estimated annual cost of obesity on the healthcare system is between $147 billion and $210 billion. The medical costs of an obese person are approximately $1,429 more than that of a person maintaining a healthy weight.

While Coca Cola, PepsiCo, and Dr. Pepper Snapple voluntarily pledged to reduce the national calorie consumption in sugary drinks by 20 percent by 2025, this will not solve the obesity epidemic nearly fast enough. Soda is not the be-all end-all cause of obesity, but by making consumers aware of the risks associated with drinking soda and taxing a bit more for it, there is a proven decrease in consumption.

The revenue collected from the soda tax in Philadelphia funds their early education programs. Other cities have demonstrated that implementing a tax works, so why not try it on the federal level? The issues of obesity are not just limited to cities; it is affecting people across the country and with the revenue collected from the tax, funding could go toward funding programs to educate children on healthy eating habits.