‘The House’ pokes fun at the University, but makes serious social commentary 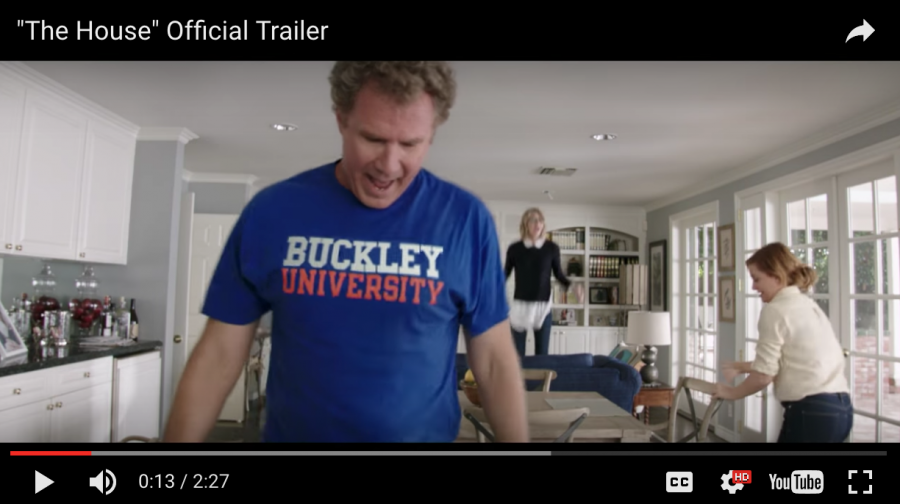 My Facebook feed has been overflowing since Feb. 16 with posts from my fellow peers at the University, posting links and pictures from an upcoming movie, “The House.” Will Ferrell and Amy Poehler, two of the funniest actors in Hollywood today, have paired up to star in a movie about the struggle of paying for the expensive tuition of their daughter’s university. While the plot may seem relatively unrelated to the University, the newly named “Buckley University” shares many of its characteristics.

The movie’s irrefutable parallels to the University do more than make us laugh; they provide us with a more important message: the University’s tuition is, as Jimmy McMillan says, “too damn high.” So high, in fact, that even Hollywood has taken to mocking how absurd it is, regardless of the secondary nature of its role. Tuition costs around the country have risen and continue to rise at exorbitant rates every year, with the University consistently topping the lists. While the University does provide resources such as excellent professors, amazing research opportunities, and a beautiful campus, at what point is our tuition just too much for students and their families? The University offers numerous financial aid opportunities, but I know many students who have taken out student loans to aid in covering costs. This is telling of the magnitude of this problem.

The larger problem extends further than just the University. Students around the country are grappling with rising cost of education at nearly all undergraduate institutions. The average graduate from the class of 2016 has $37,172 in student debt. To frame that for you, as recently as 2012 that number was around $29,400, demonstrating just how rapidly the cost is growing.

In the American market today, having an undergraduate degree is essential. Not only are low-skill labor jobs disappearing, but the cost of living is also ever-growing. Even if those who graduate from college do get jobs, wages for a recent college graduate working full-time has only risen by 1.6 percent in the last 25 years. There is no debate that earning an undergraduate degree has a greater payoff in the long-term, but with high unemployment rates for recent graduates and an increasing cost of living, supporting yourself is becoming more challenging.

So the question becomes, how can we reasonably prepare young Americans for the competitive marketplace that awaits them while also saving them from crippling student debt? “The House” follows two parents as they open an underground casino to pay for their child’s tuition, which is comical and unrealistic but clearly makes a statement about the struggle some families face in getting their children undergraduate degrees. Something has got to give, and although I may not have the answers, I hope that our newly confirmed Secretary of Education Betsy DeVos does.