Bombing ISIS in Afghanistan is not the perfect solution, but it is a short-term win 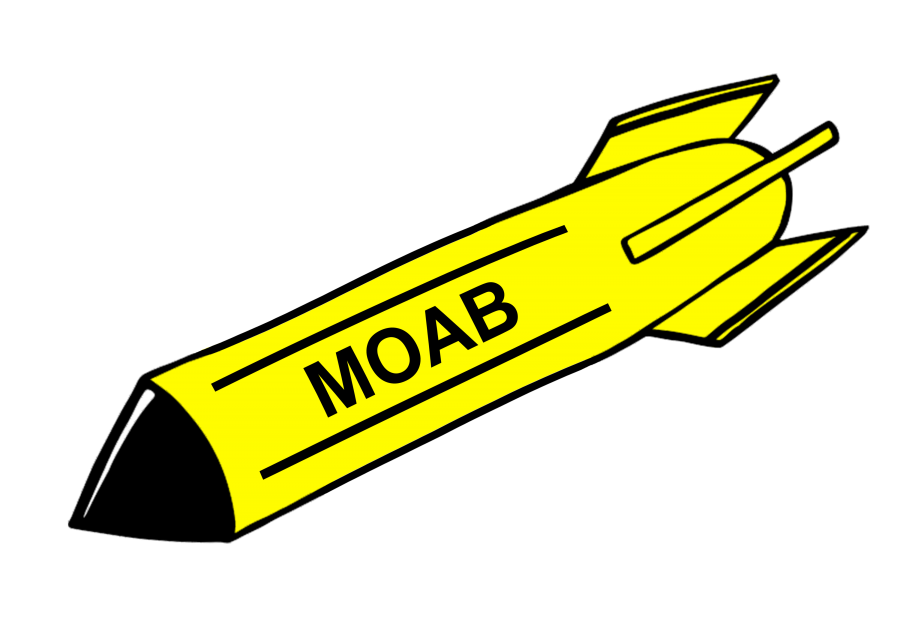 The U.S. military dropped a GBU-43/B Massive Ordnance Air Blast Bomb (MOAB) on an ISIS affiliate in Afghanistan, killing approximately 94 ISIS militants on April 13. The MOAB, nicknamed the “mother of all bombs,” is the most powerful non-nuclear bomb that the United States possesses.

Dropping the MOAB marks the second straight week of American foreign policy surprises after the United States attacked a Syrian air base on April 6 in response to the Assad regime’s use of chemical weapons on civilians.

The bomb targeted a series of caves and tunnels in the Nangarhar province of Afghanistan, close to the Pakistan border. The attack was ordered by General John Nicholson, the commander of U.S. forces in Afghanistan; such a strike does not require the president’s approval. Nonetheless, the strike does show a dedication to Trump’s campaign promise to defeat ISIS.

According to the Afghan Ministry of Defense, no civilians were harmed in the attack and only the ISIS base was destroyed. President of Afghanistan Ashraf Ghani has since voiced his support for the strike to help clear ISIS from the area.

On the other hand, former President of Afghanistan Hamid Karzai criticized America’s use of the MOAB, calling it a “brutal misuse” of Afghanistan as a “testing ground for new and dangerous weapons.”

Karzai’s comments may resonate with people fearing the future implications of the Trump administration’s recent military actions, but this criticism also overlooks that the MOAB was not a test. This was a real mission that prevented extremists from causing future harm.

Striking down 94 ISIS fighters may seem trivial for an international terrorist organization with thousands of members, but Nicholson says that U.S. airstrikes over the past two years have cut the ISIS presence in Afghanistan by two-thirds. Continuing such operations, while minimizing civilian casualties, could go a long way towards helping the world’s collective security.

The unfortunate reality of dropping bombs is that they may subsequently inspire an equal number of militants as they dispose of, especially when strikes injure or kill civilians. It is no secret that terrorist organizations use such responses as a tool to recruit and motivate their operatives.

Another unfortunate reality is that airstrikes are probably the best—and maybe the only—option for the United States in the fight against ISIS. America certainly does not want to fight another prolonged war in the Middle East, nor would traditional warfare tactics guarantee success against terrorists who would never fight us head on. Moreover, there is no sweeping coalition on the horizon to help the United States combat ISIS, at least in the foreseeable future.

At the same time, some action is better than none at all for fighting such an evil, so airstrikes will have to suffice.

Although every action from the Trump administration seems to take on a life of its own by sparking controversy, the MOAB might be this White House’s first success. Trump did not personally order or sign off on the bombing, but giving freedom to his military officers enabled this action to occur. Supporters will praise the administration for taking the first step in attacking ISIS.

Even those who have opposed the president’s policies, myself included, can concede that killing ISIS militants, with no civilian casualties, is a short-term win for America. It does not make Trump more “presidential,” nor can it erase his previous actions, but it does demonstrate that his administration can handle a volatile situation properly.