Composting initiatives fall by the wayside due to regulations, ‘disappointing circumstances’ 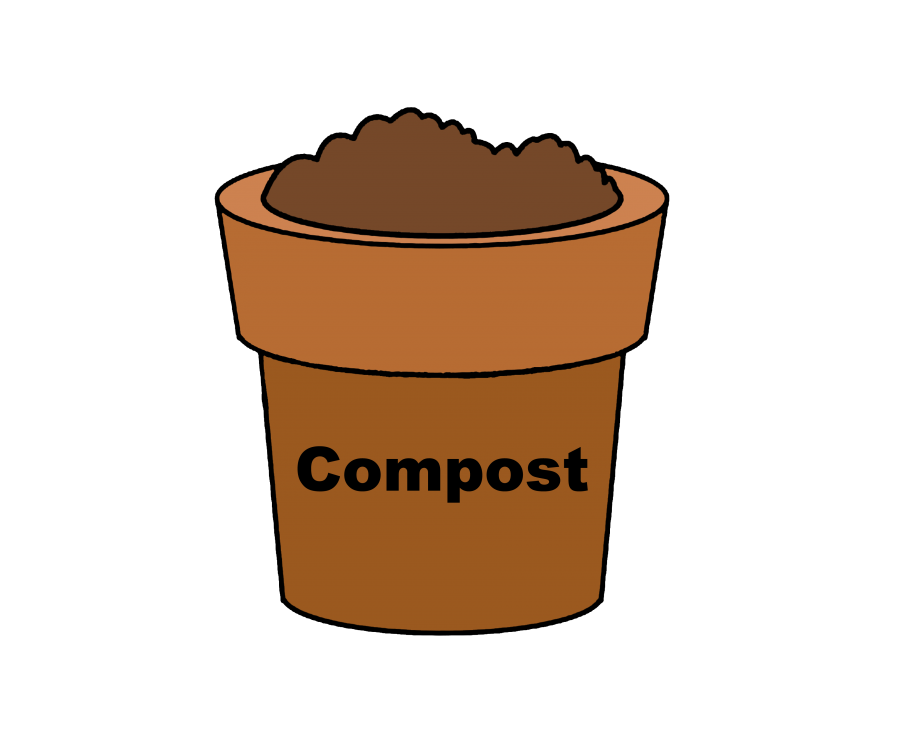 A 2015-16 Sustainability Initiatives pamphlet published by Dining Services lists food composting as the first of many environmentally friendly efforts; however, the University has not partaken in any such composting since May 2012, according to General Manager of Resident Dining John Cummins.

In April 2011, the University’s dining services partnered with Rowse Howse Farms, a local sustainable worm farm, to compost post-consumer waste from dining locations on campus at a two-acre site. In 2011, Cummins estimated that Bostwick Marketplace alone created up to 850 pounds of post-consumer waste per day.

Due to “disappointing circumstances,” the partnership ended after approximately a year. In that year, however, 13 tons of organic food waste were composted by the University. The Sustainability Initiatives pamphlet reports that a second composting partnership is still being sought.

Currently, the University partakes in mulch composting that collects and grinds all wood waste for mulch and reapplies this to campus beddings, as well as composting all collected leaves for soil amendments, according to Executive Director for Facilities Mike Patterson. “Food compost is more difficult because its generation is not under our direct control. Also, food collection, storage and composting processes are subject to much more strict regulation and has more obvious problems when not handled correctly,” Patterson said.

Dining Services intern Dannah Strauss ’17 believes that composting is feasible, but that “it’s just a matter of where, how, and who. Where we will be able to keep it safely composted, how we will go about it in terms of organics, and who will lead the initiative and oversee the longevity of the project.”

The last official food waste audit at the University occurred in 2008 and indicated 154 tons per year of pre- and post-consumer food waste at the Bison, Bostwick Market and all fraternities, according to Patterson.

In November 2016, Mindful Consumption, a foundation seminar led by Professor of Economics Nancy White, held one of multiple waste weighs. Total waste measured in a two-hour period was between 103 and 126 pounds. Cummins believes this data suggests that there is about 400 pounds of post-consumer waste solely from Bostwick Marketplace in one day.

“Now I would conjecture that Bostwick guests have reduced that amount as their habits have changed,” Cummins said. Another audit is being planned to measure the exact amount of post-consumer waste, according to Cummins.

“I think students should be more conscious of their intake. Obviously the establishment is the one putting out a large quantity of food, but that’s merely in response to consumer demand,” Strauss said. “If students can better understand how much they can actually consume per meal, they would be able to better manage their waste.”

One form of eliminating waste available on campus is the reusable container option Strauss reintroduced this year. The container has different compartments to keep diners’ food separate.

Katherine Doyle ’18, a managing for sustainability major, actively pursued the launch of a composting program last year, in addition to applying for a Green Fund from the University. The Green Fund provides start-up money for sustainability projects proposed by students, faculty, and staff.

“In the past, Bucknell has struggled launching a composting initiative because it tries to do it all immediately. There are small steps that must be chronologically taken in order to fully implement a productive and successful program,” Doyle said.

Doyle noted previous problems that the University has faced in their composting initiatives such as obtaining permits, liabilities involved with rotting protein-rich waste that can make animals sick or contaminate water, unreliable compost recipients, and local businesses desiring to be paid.

Composting initiatives pursued by the University include a 2004 investigation into aerobic digestion and off-site windrows at a local farm, which included a feasibility study through Pennsylvania’s Environmental Protection Department, according to Patterson. Monetary costs of a digester, utilities and maintenance as well as odor and the required one ton of mulch for every two tons of food were viewed as impediments by the University.

Patterson explains an important factor as being, “Where can it be sited without causing issues with the local population or campus community?” The local farm was unable to be granted a permit, ultimately terminating the project.

Doyle also proposed composting bins in Bucknell West, three painted composting dumpsters next to the recycling and waste bins, a container behind the Art Barn, and summer grants for two students. The approximate sum of $8,380 would be needed for Doyle’s initiatives.

The University also has to pay for any single-stream recycling bags contaminated by over 10% of organic and non-recyclable materials determined by the Lycoming County Resource Management Service, located at the Lycoming County Landfill, which would be a mitigated are of concern with the implementation of composting.

Lycoming County Resource Management Service “has sent several warnings over the last two months that our single stream has contained large amounts of contaminations and if it continues the entire single stream load would be sent to the landfill and the University would be charged,” Patterson said. However, Patterson said that the University has not yet been charged because Facilities employees are removing contaminants and continuing to screen single stream containers to remove contaminants as needed.

“If we were to grade this campus on its ability to put the right items in the right cans we would give them a D-,” Patterson said. According to Patterson, overall campus recycling rates are under 25%, “which is pretty poor.”

Dickinson College and Lehigh University are among numerous colleges and universities that have become more environmentally friendly through composting. Dickinson started their composting program in 2002 through collecting scraps from the salad bar for hand-turned compost piles to use for the Dickinson College Student Garden.

In 2005, rainbow bins were put out to collect breakfast scraps, which Facilities Management helped turn to compost. Students stood next to the bins to explain to other students what waste was apt to put in these bins. Full-time compost bins were implemented the following year. Approximately 800 pounds of waste was collected per week. Dickinson received a $93,000 state grant to aid their composting program in 2007, which allowed it to reach its current state.

Lehigh established its composting program in 2014, called Green Resource Recovery of Waste (GR2OW). Members of GR2OW were Environmental Science and Integrated Degree in Engineering, Arts and Science (IDEAS) students who collected 100 pounds of waste per week from the Brodhead Student Restaurant to use to fertilize the Lehigh Community Garden. According to Lehigh University’s website, 46 tons of food were composted in 2013.

Pennsylvania state compost regulations require an application to become a general composting facility that includes the origin, weight and volume of food waste, daily operations, quality of compost, transportation, and a system to monitor and inspect incoming waste. Patterson said that the University works closely with the DEP Northcentral Regional Office in Williamsport when discussing questions regarding composting regulations.

“While we have made several attempts to get something started, we have not had any success, yet. However, we continue to investigate potential options and are optimistic that eventually we will have food composting on campus,” Patterson said.