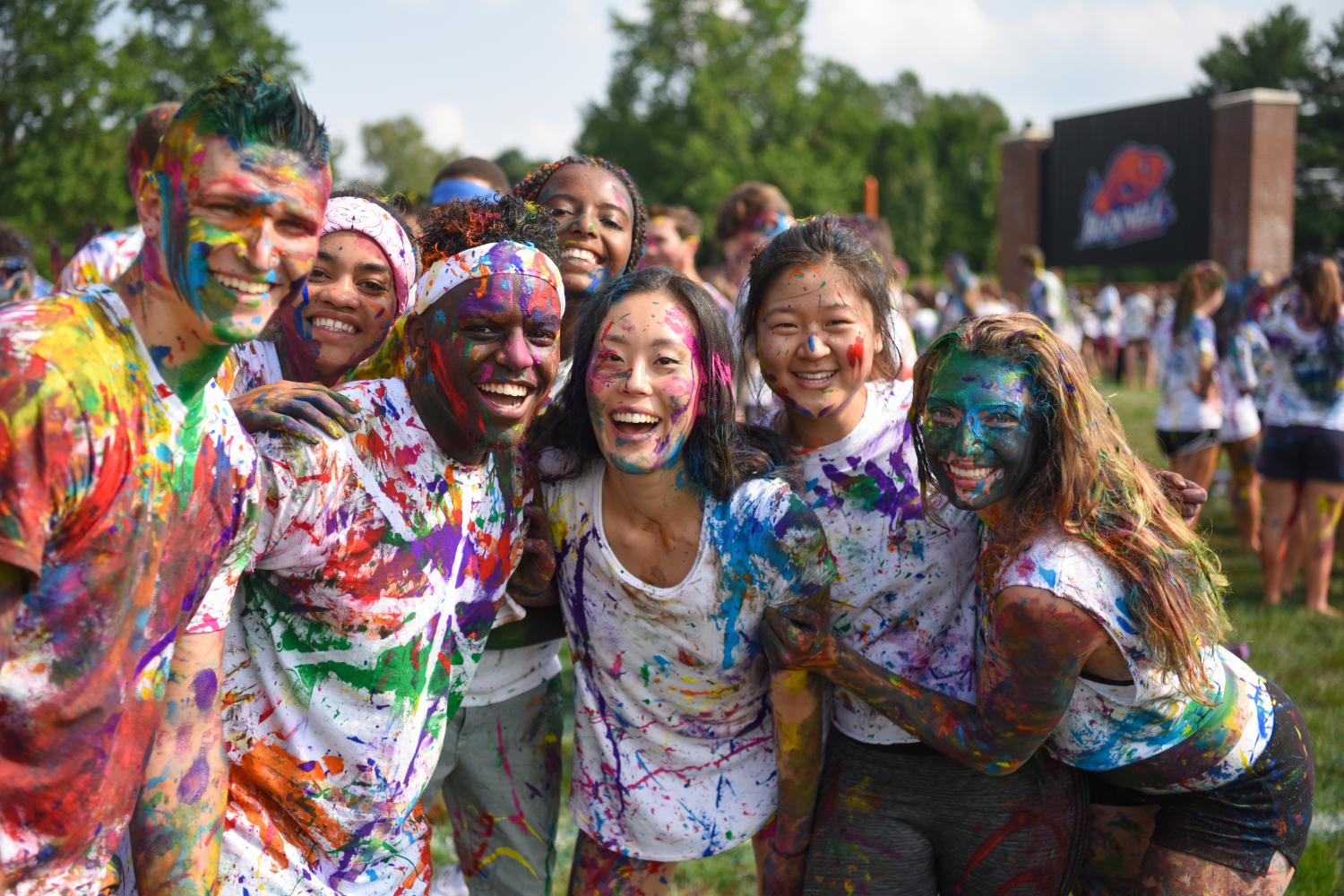 Keeping with tradition, first-year orientation began on Aug. 16 as Orientation Leaders (OLs)  and Assistants (OAs) helped to move first-year students into their dorms. Over the next five days, the OAs and OLs also helped first-year students acclimate to life on campus through hall icebreakers, bonding activities, campus tours, and trips downtown to Market Street and to the Lewisburg Freez.

“Orientation was a really good way for new students to bond, and I thought the OAs did an amazing job of facilitating that and making sure we were all comfortable with each other and the space once orientation was over,” AJ Scavone ’21 said.

This year, new events were implemented for the first-years, including a “Speak About It” event to host an open discussion on sexual assault and dating violence. “Late Night at the KLARC” was also revamped from previous years, this year featuring games and the Lewisburg Freez ice cream truck.

Classic events still remembered fondly by numerous upperclassmen remained in the orientation program, including the Color Games and Play fair. To cap off the week, first-years and their OAs circled the quad with candles for the traditional convocation ceremony.

Before orientation begins, orientation leaders and assistants spend four days learning strategies designed to help first-years smoothly transition  onto campus, teach them about the University, and, of course, radiate enthusiasm, while also creating strong friendships and a tight community with fellow OAs and OLs.

“I loved orientation because it gave me the chance to meet such incredible people. It opened my eyes to some of the most caring, confident and inspiring students on the Bucknell campus. They have influenced me to be my authentic self, which is one of the greatest lessons I learned from the experience,” Emma Yost ’20 said on her experience as an OA.

For some, orientation is a year-long commitment. Orientation Coordinator Suzie Zubkoff ’18, who became involved in the orientation program in her second year at the University, has spent this past year planning and facilitating various aspects of orientation, including the hiring of the assistant orientation coordinator (AOC) and the recruiting of new and returning OLs and OAs.

“The AOC and I spend our summer at Bucknell, and during this time we plan all of training for the entire staff, as well as all of orientation itself! It’s honestly the most rewarding experience I’ve had and it’s amazing to feel as though I’ve either directly or indirectly affected the Class of 2021,” Zubkoff said.