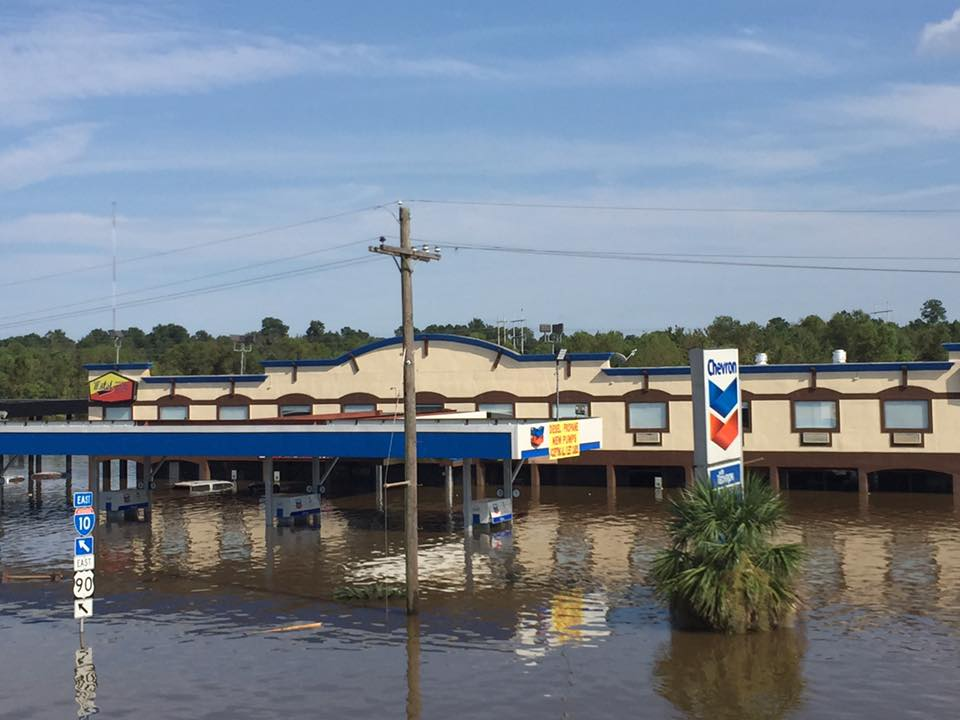 In the wake of the devastation caused by Hurricane Harvey, local businesses and organizations have pulled together to volunteer and donate supplies to Houston relief efforts, sending five tractor trailers of supplies from Central Pennsylvania areas.

Between Aug. 30 and Sept. 1, members of the Revival Tabernacle in Watsontown filled two tractor trailers provided by Truck and Trailer Sales in Selinsgrove with donations.

“For us, this was so amazing. The blessings we received and how the community pulled together are very hard to quantify,” Pastor Maggie Rosa said. “This is a church effort, a community effort.”

The trucks arrived in Houston on Sept. 3 with a team of 12 individuals to help unpack items. Pastor Jilline Bond, one of these individuals, discussed her experiences and reaction to the devastation in Houston and the surrounding areas.

“Firsthand, I saw the loss and devastation, but people still had hope. It was important for them to know that people outside of the area care,” Bond said. Bond also recounted interactions with local search and rescue teams, who are still searching for people in flooded areas, especially on the outskirts of Houston.

“Just to know that people cared for them, they had a feeling of ‘we’re not alone,’” Bond said. “When you see hope in those who have lost everything, it is very impactful.”

Nisan Trotter ’05, the owner of Trot Fitness, partnered with Revival Tabernacle as a drop-off site for donations. Patrons of Trot Fitness donated eight car loads of supplies. As new customers signed up, Trotter used the money directly to buy more supplies for the drive.

“It was nothing more than responding to a need and a crisis,” Trotter said. “I am so proud of everyone in Central Pennsylvania who gave from their hearts and responded to a need. I’ve been able to see this in my clients, but never on this large of a scale. I’m so thankful to have been a part of it.”

After generating interest from their employees and surrounding community, the Watson Trucking Company in Milton will be sending a tractor trailer of donations to the Houston Food Bank. As this is a common destination for Watson Trucking Company, the drivers are familiar with areas of Texas devastated by Hurricane Harvey.

While local drivers donated much needed items, many of Watson Trucking Company’s non-local drivers offered portions of their paychecks to be used for supplies. Over $400 of employee paychecks were offered to purchase donations.

“Our drivers and the community voiced a want to help out and we just provided the truck, the driver, and the gas. Our employees and local community are great,” Lindor said.

The company held a similar effort after Hurricane Katrina in 2005, but once the truck arrived in New Orleans they had difficulty finding an area to unload their supplies. This time, WTC worked directly with Houston Food Bank, which was eager for supplies and offered appropriate loading docks and forklifts.

“The frustration and fear that I felt was tremendous. I knew that I was lucky not to be present for the storm, but I desperately wanted to be with and support my family,” Bray said. “Talking to them on the phone was not enough; I needed to look them in the eye in order to be sure that they were okay, and I needed to see the damage to my home in order to process things.”

The University was supportive and made it possible for him to travel home during that time. “Similar resources are available at Bucknell, and I encourage any student affected by Hurricane Harvey to contact me if they need assistance, or if they simply need a safe space to vent with someone that understands the situation,” Bray said.

The University’s Office of Civic Engagement is accepting donations, which can be placed in the bins in the Bertrand Library lobby and will be taken to Watson Trucking Company’s truck.