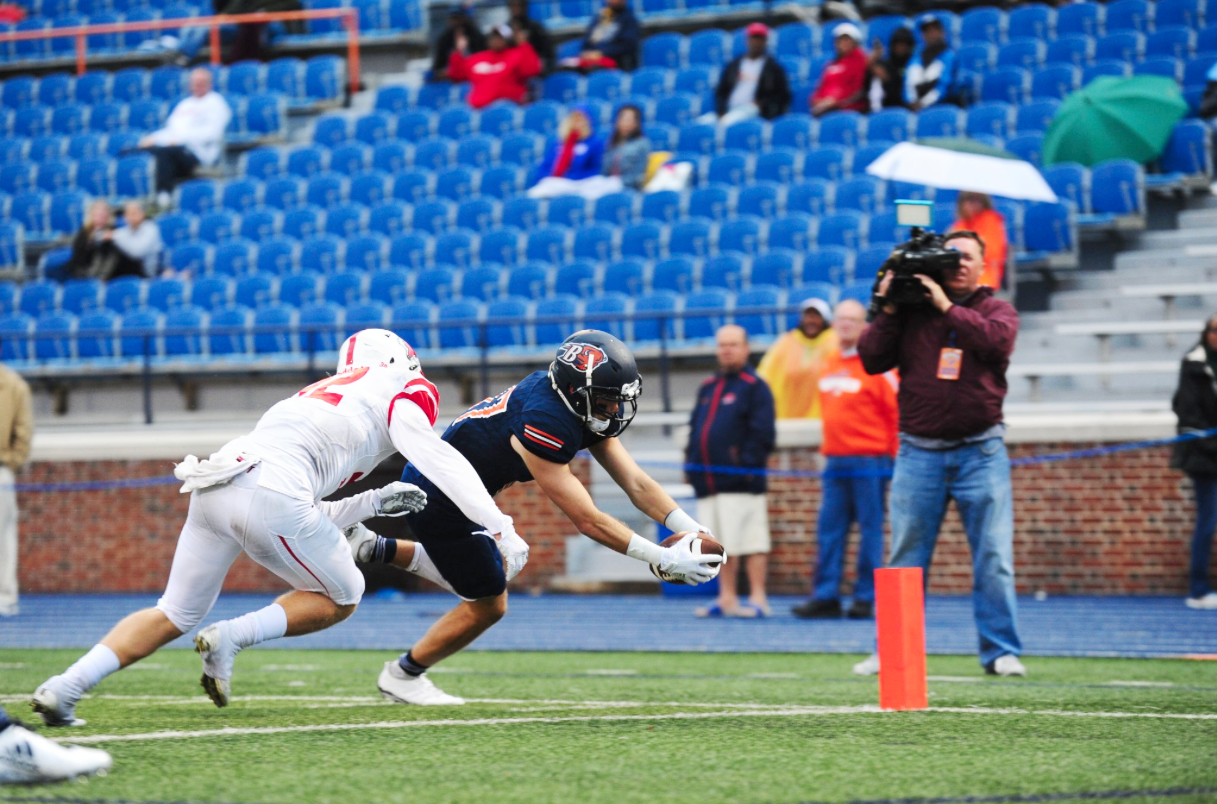 Image courtesy of Office of Athletics

The Bison football team kicked off their season Sept. 2 in front of a crowd of over 3,000 in Christy Mathewson Stadium. The Orange and Blue blew past Marist with an explosive offensive output to earn a 45-6 victory. It was the team’s seventh straight win in season openers.

It was a no contest from the start, with the Bison pulling to a four-touchdown lead in the first quarter alone. Three of the four touchdowns were scored in the final two minutes of the quarter. Colin Jonov ’18 started off the scoring with an interception that he returned for a touchdown. A pass from Jack Horan ’18 was caught by Andrew Podbielski ’18 for the two-point conversion, giving the Bison the 8-0 lead. The last time the Bison completed a pass for a two-point conversion was in 2015.

Kyle Kinner ’18 scored an 11-yard touchdown soon after, then a sack by Nick Zarkoski ’19 set up a recovered fumble in the endzone by Blake Fletcher ’20 for another score. Steven Walier ’20 put an exclamation point on the first quarter with a 45-yard touchdown reception with no time left on the clock.

Defense was the key in the second half, when the weather took a turn for the worse. The teams combined for only 156 yards of offense in the half, with the Bison accounting for 121 of them. Quarterback Matt Muh ’18 had six completions for 205 yards and two touchdowns in the contest. Alex Pechin ’19 averaged 47 yards per punt, which prevented Marist from gaining good field position.

The Bison also added ten more points in the second half and allowed none. They won by a dominating final score of 45-6, a strong start to the season for the team. In their last four meetings with Marist, the Bison defense has shined, only allowing 16 points.

“It’s good to see hard work payoff and we definitely feel great after winning our home-opener against Marist, but we only took the first step in the direction that we plan to go. We as a team have big goals and we definitely have the determination to achieve all of them,” cornerback Trey Johnson ’18 said.

The Orange and Blue will look to carry their strong efforts on both the defensive and offensive ends as they continue their season against Holy Cross on Sept. 9. The Bison will host the Crusaders for their 2017 Patriot League opener.