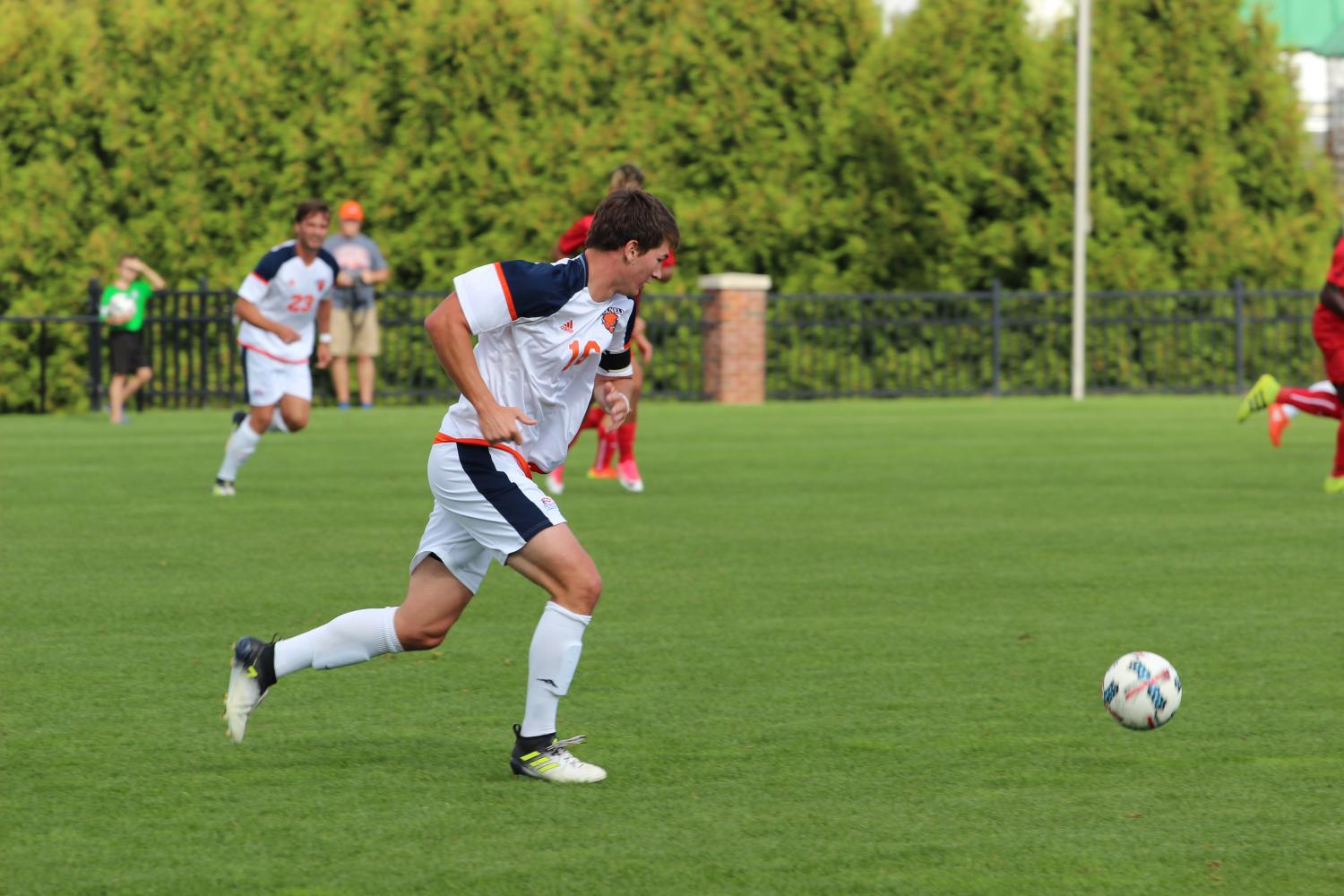 Both the men’s and women’s soccer teams rebounded from tough losses last week to secure non-league shutout wins this week. On the men’s side, the Orange and Blue rode a tough defensive effort to a 2-0 win over Duquesne on Sept. 9. For the women, the Bison tallied a late goal to earn the 1-0 win against Penn, also on Sept. 9.

Against Duquesne, the Bison started strong with sustained pressure in the offensive end. Ben Derleth ’18 broke open the scoring in the 24th minute off of an arching ball into the box from Nick King ’20. Just four minutes later, Matt Thorsheim ’21 volleyed a cross from defender Dan Bank ’18 into the back of the net for his first collegiate goal.

From there, the defensive effort kicked in for the Orange and Blue. After allowing three goals against Stetson last week, the Bison sought to keep the Dukes from scoring. Indeed, the Bison never relinquished their lead. Just after Derleth’s goal, keeper Ryan Ott ’18 made a key diving stop to maintain the shutout.

“One of the biggest keys to our game against Duquesne was our intensity. We knew they were a physical team that started games strong so we needed to match their intensity and compete throughout the whole game,” Thorsheim said.

The Orange and Blue closed the match with a 14-6 shot advantage, and Ott finished with three saves to guide the team to the 2-0 victory, bringing their season record to 2-2. The win puts the Bison on a good foot before starting out on a four-game road trip, during which they will begin Patriot League play against Lafayette.

“As a team we learned that we have the capability to outwork every team we play because we know that we have trained harder and are more physically fit than our opposition. So, going forward, we must rely on our fitness levels and one another in order to be successful,” Derleth said.

The women traveled to Philadelphia to take on Penn in a non-league contest and came away with a hard-fought 1-0 victory. It was their first victory in five matches against the Quakers, with their last win coming in 1994. With the win, the Bison move to 2-5 on the season after a challenging sequence of non-league contests.

The Orange and Blue had to play solid defense en route to the win, as Penn peppered them with 14 shots and 10 corner kicks. The defensive line of Jackie Ham ’18, Ali Russo ’20, Karli Cirovski ’18, and Maddie Dano ’19 stood strong in front of goalie Dani Kaufman ’20. Kaufman anchored the effort with four saves, leading the team to their first shutout of the season.

“I think one of our keys to our defense against Penn was how together our team played. All over the field from our forwards all the way back to our defenders players were making defensive plays,” Kaufman said.

A 79th-minute goal from Brianna Kropinack ’21 was the difference on the scoreboard. Meghan Holtz ’18 lobbed a deep ball behind the Penn defense, and Kropinack battled with multiple defenders to gain possession and beat the keeper into the back of the net.

The women will look to take the momentum from this win into the start of Patriot League play on Sept. 16, when they travel to take on Lafayette.