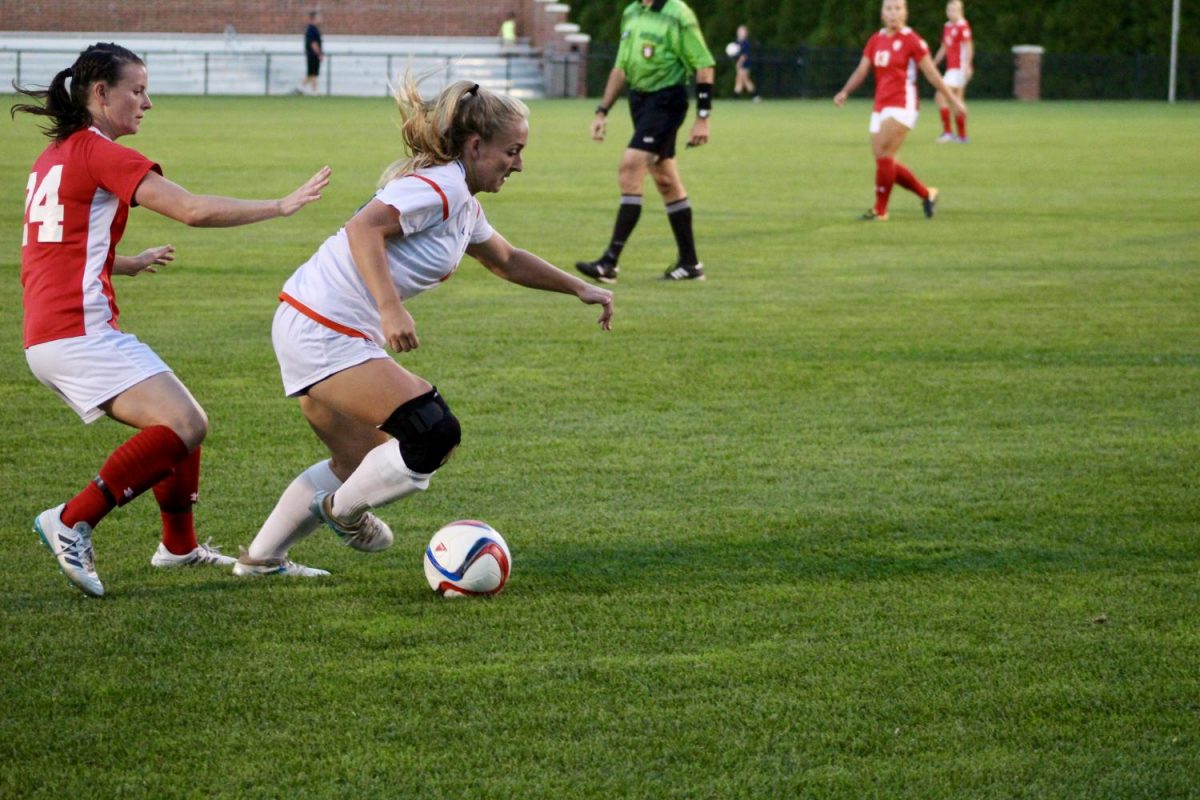 Carly Baggott ’19 scored the game-winning goal in the 90th minute to top Lafayette in the Bison women’s soccer team’s Patriot League opener on Sept. 16. The Orange and Blue move to a 3-5 record on the season and continue a 16-game unbeaten streak against the Leopards, dating back to 2002.

The Bison had no shortage of offense during the contest, generating 11 corner kicks and 14 shots. It was on the final corner kick, with 45 seconds remaining in regulation, that Baggott broke through. After the Leopards attempted to clear the service, Meghan Holtz ’18 headed the ball back into the area for Baggott to beat the goalkeeper on the right side.

It was the Bison’s third late-game victory of the season. Holtz, a senior co-captain, has had a game-winning assist on each of the three contests.

“Our team is trying our best to put the ball in the back of the net early and keep our opponents off the scoreboard, and that’s one of our goals for the remainder of the season. But overall what’s important is we’re finding a way to score and win in these tight games, which shows how our effort, relentlessness and hard work as a team is paying off,” Baggot said.

Though the contest was tight and the Bison struggled to finish their scoring chances early in the match, strong individual performances hold promise as the team moves further into league play. Kendall Ham ’18 contributed to the offensive effort with a game-high five shots.

Goalie Dani Kaufman ’20 made three crucial saves, all in the second half, to keep her team within striking distance. Kaufman earned her second shutout of the season with the victory. She is averaging 5.88 saves per game to date this season, which leads the Patriot League.

Holtz now leads the team with seven points on two goals and three assists. She ranks third in the Patriot League in points as well as assists per game.

“A 1-0 win over Lafayette is a good result to start league play. It’s a good reminder that league games are a battle and are usually a one or two-goal game. We want to use the momentum from the win going forward,” Ham said.

The Bison continue Patriot League play with a home matchup against American University at 12 p.m. on Sept. 23.