Protesters’ banner rings true, racism is as American as baseball 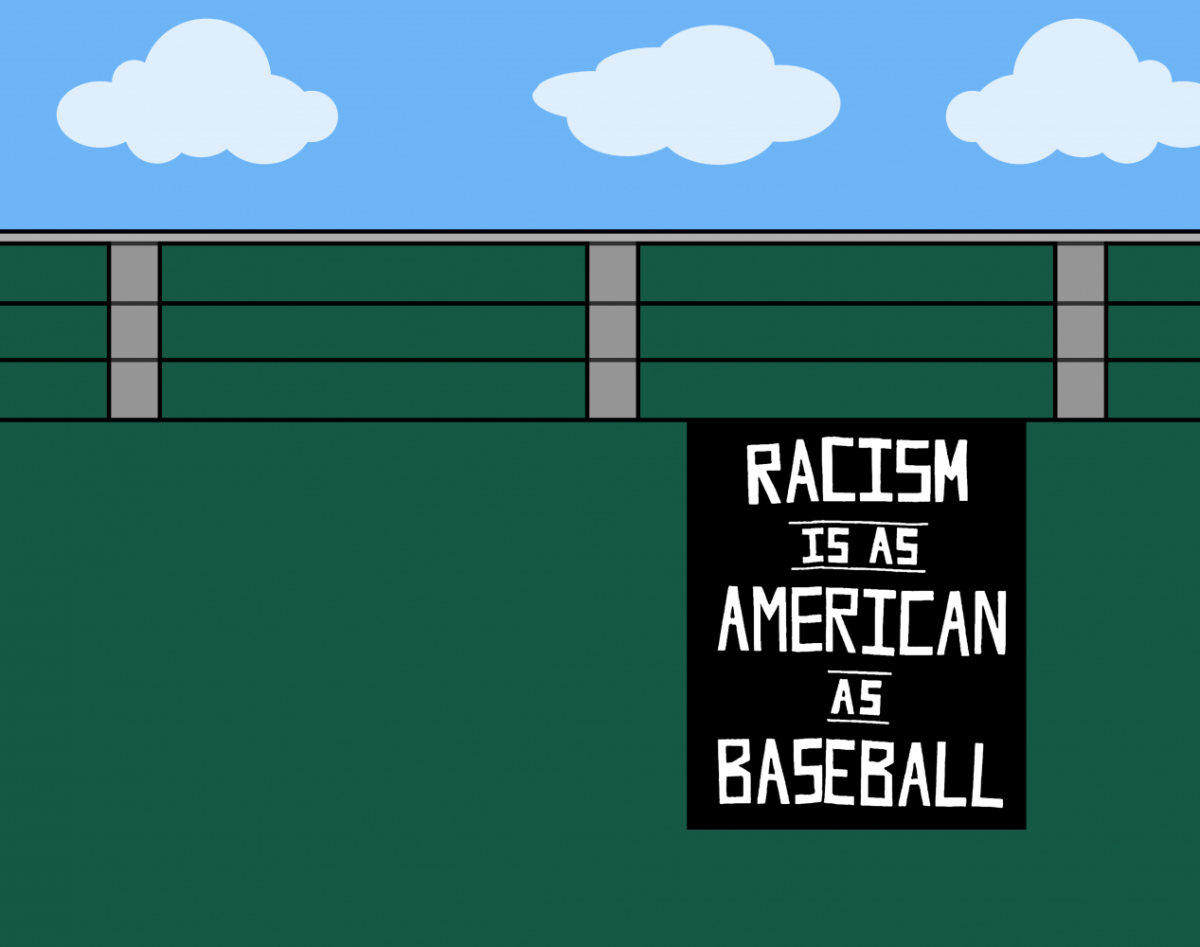 Four fans at a Boston Red Sox game on Sept. 13 draped a banner over Fenway Park’s left field wall that read, “Racism is as American as Baseball.” The incident occurred in the fourth inning of a nationally televised game and security quickly removed the fans who unveiled the banner.

Following the game, the protesters anonymously revealed to news sources that they were inspired by the Black Lives Matter movement and wanted to “remind everyone that just as baseball is fundamental to American culture and history, so too is racism.”

This protest has juxtaposed the often uncomfortable combination of sports and politics, which is already highlighted by controversial personalities such as Colin Kaepernick and Curt Schilling.

The location of the protest is significant, as Boston made headlines earlier in the baseball season when a small group of fans berated Baltimore Orioles’ outfielder Adam Jones with racial taunts and threw a bag of peanuts at him during a game in May. This incident sparked a conversation about an apparent prevalence of racism at Fenway Park. Other African American baseball players reported having similar experiences to Jones while playing in Boston.

Earlier this summer, Boston Red Sox owner John Henry announced that the team would seek a new name for Yawkey Way, Fenway Park’s street address. The street is named for former owner Tom Yawkey, who ran the team for over 40 years. Yawkey was known for his profound racism which, among other things, led to the Red Sox becoming the last baseball team to integrate races, 12 years after Jackie Robinson became the first black player in Major League Baseball.

Aside from the appropriateness of the peaceful protest’s location, we must accept the fact that racism is as ingrained, if not more so, in our culture as our national pastime. Baseball, of course, has a decorated history that has been celebrated across the United States for over a century. Meanwhile, racism’s history extends beyond America’s inception and has, unfortunately, remained a constant in our culture ever since. Racism helped spark the Civil War, lingered in the form of segregation, and still affects the country today.

Present race relations are far better than in the past, yet racism still exists and has catalyzed major news stories from Ferguson, Mo. to Charlottesville, Va. in recent years.

Having accepted the “Americanness” of racism, it’s also important to consider why political and social protests have become a recurring narrative in sports. Perhaps protesters feel that sports are a medium through which their cause can receive the most attention. We expect people to hold rallies in public spaces; we are caught off guard when fans or athletes themselves protest at a game.

While this strategy definitely catches attention, messages sent through sports often fail because viewers may not be receptive to demonstrations in that setting. Such a tendency inspires the often used “stick to sports” narrative. Nevertheless, the potency of this particular message suggests that the phrase, “Racism is as American as baseball,” will not fall on deaf ears.

It’s integral that we be receptive to this idea, for it’s undeniable that racism has a greater impact on America than all sports combined. Only time will tell if the protest itself impacts race relations, but the banner’s claim will certainly enter the conversation as more racial conflicts inevitably arise in the near future.