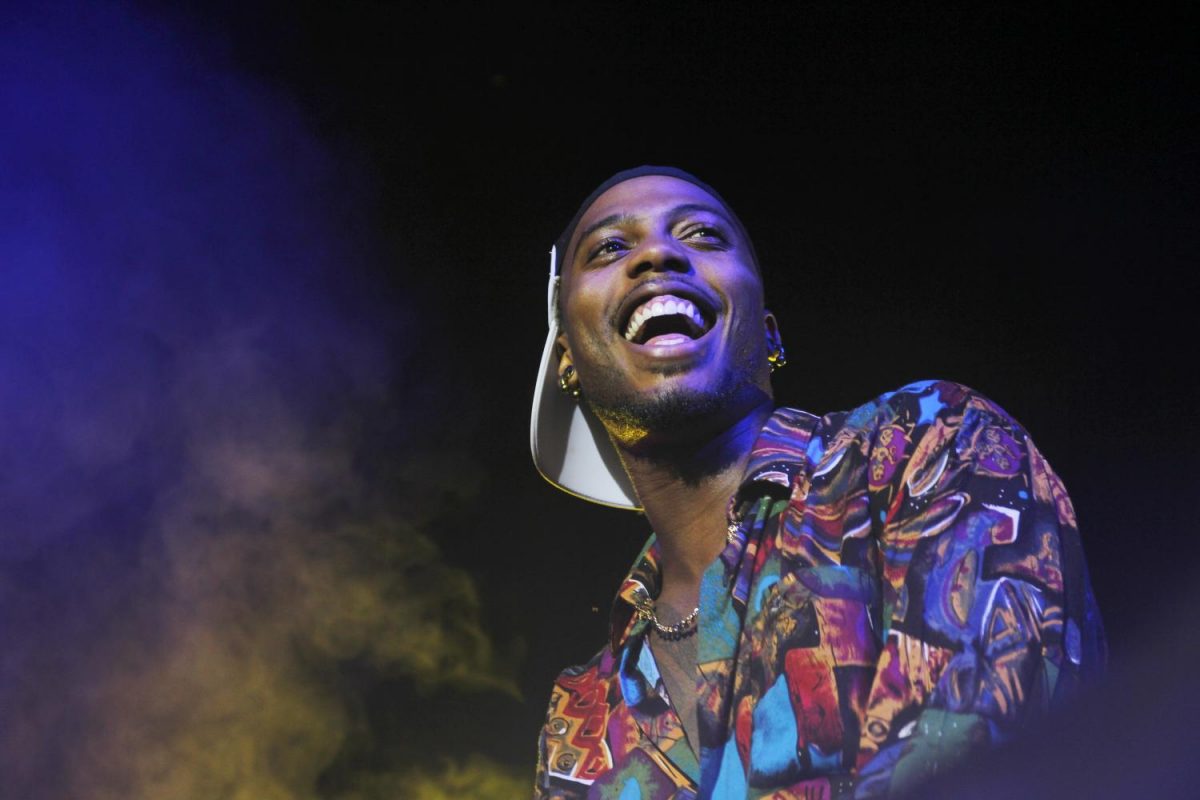 The University’s annual Fall Fest took place on Sept. 15 on the Sojka Lawn. Sponsored by the Campus Activities and Programs (CAP) Center, the event brought in almost two thousand people, marking it as one of the highest attendances in the history of Fall Fest.

“The student chairs and Fall Fest committee really worked hard and came together. Everything from giveaways to food to the marketing, we were able to get our message out to students and they came,” Director of Campus Activities & Student Organizations Mike Duignan said.

Rapper and producer B.o.B. headlined the event. Playing some of his platinum hits such as “So Good,” “Airplanes,” and “Magic,” he both excited and engaged with the crowd.

“My favorite song to play is definitely the song that the crowd likes the most,” B.o.B said. “The most valuable thing about being in the music and performance industry is the relationship you make with your fans because that goes beyond anything…it’s priceless.”

“B.o.B. was a great performer and did an awesome job of entertaining and engaging the audience! I would love to see him again on campus,” Carolina Wetherall ’20 said.

The artist sold out in 2010 when playing alongside Ke$ha for the Fall Concert, which was held in the Gerhard Fieldhouse. This was the same year that his debut album, “The Adventures of Bobby Ray,” was released.

B.o.B. points to the release of his first mixtape in 2006, “Cloud 9,” as “chapter one” of his career. From 2007 and onward, the rapper rose in popularity, finally achieving mainstream success in 2010. Once his concert attendees started singing along to the words of his songs, B.o.B. knew he’d made it.

As a pre-concert routine, the artist will typically play video games on his Wii. He has performed with many big names such as The Chainsmokers, Bruno Mars, and Waka Flocka Flame, commenting that Waka in particular is his favorite person to take the stage with.

“I feel like songs are special even if they don’t have a special meaning. Certain songs to me are like photo albums; they’re like a snapshot of my life at that moment,” B.o.B. said.

“I hope this year’s Fall Fest stays with everyone, so when they come back to visit campus 10, 20 or 30 years from now, they can talk about their experiences with family and friends,” Duignan said.