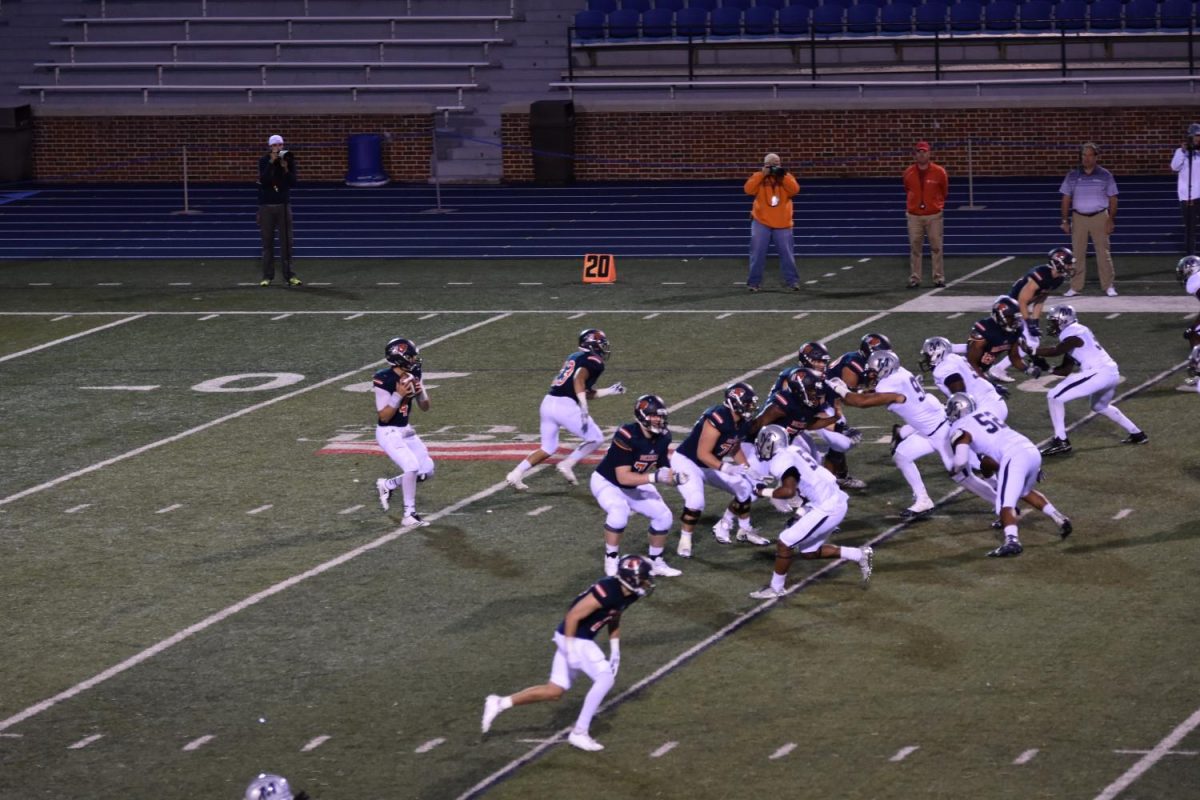 Bison football lost 35-13 against Monmouth on Sept. 30 at Christy Mathewson-Memorial Stadium, bringing their season record to 2-3. It was the team’s first ever meeting against the Hawks.

The Orange and Blue got off to a slow start. Opening the first half, the Bison were outperformed by the Hawks’ offense, struggling with missed tackles and poor defensive coverage. At the conclusion of the first quarter, the Bison trailed the Hawks 7-0.

Six seconds after the start of the second quarter, the Hawks placed the ball in the end zone again. However, Bryan Marine ’19 intercepted the ball and returned it to the four-yard line, regaining momentum for the Bison. Quarterback John Chiarolanzio ’20 made a quick pass to Marcus Ademilola ’19 for a three-yard touchdown, which brought the score to 14-6.

As the Orange and Blue attempted to stay in the game, they were constantly stopped by Monmouth’s tough defense. The Bison entered halftime down 21-6.

“Even if you score, momentum changes. They were the best team we’ve played in terms of running the ball with power,” head coach Joe Susan said.

In the fourth quarter, Marquis Carter ’21 completed a three-yard run to record his first career touchdown and cap off the scoring for the Bison. Throughout the contest, the Orange and Blue had two fumble recoveries and an interception. Excessive missed tackles, fumbles, and interceptions plagued the Bison throughout the game, and they will look to improve on these points during their upcoming bye week.

“We had a good week of practice with a lot of energy. Our coaches made adjustments to put us in the right place to make plays. We have to make them,” Marine said.

“We missed a snap on a field goal. Those are things that we’ve got to fix. Our run game wasn’t working very well. They did a good job pressuring us,” Susan added.

Though the Bison have been able to rely on steady defense thus far this year, the Monmouth offense posed a challenge. Monmouth entered the game ranked 34th in the country in rushing offense, averaging 188.3 yards per game on the ground. They recorded 171 passing yards atop of 292 rushing yards against the Orange and Blue. It was the first game this season that the Bison allowed over 200 rushing yards.

“As a team, we have always been able to rely on our defense. They are constantly making stops and turnovers that jump start our offense. We have a lot of players with big play abilities that display them week after week,” Alan Butler ’19 said.

Looking ahead, the Bison will face Cornell on Oct. 14 at 1:30 p.m. in Ithaca, N.Y. for another non-league matchup.