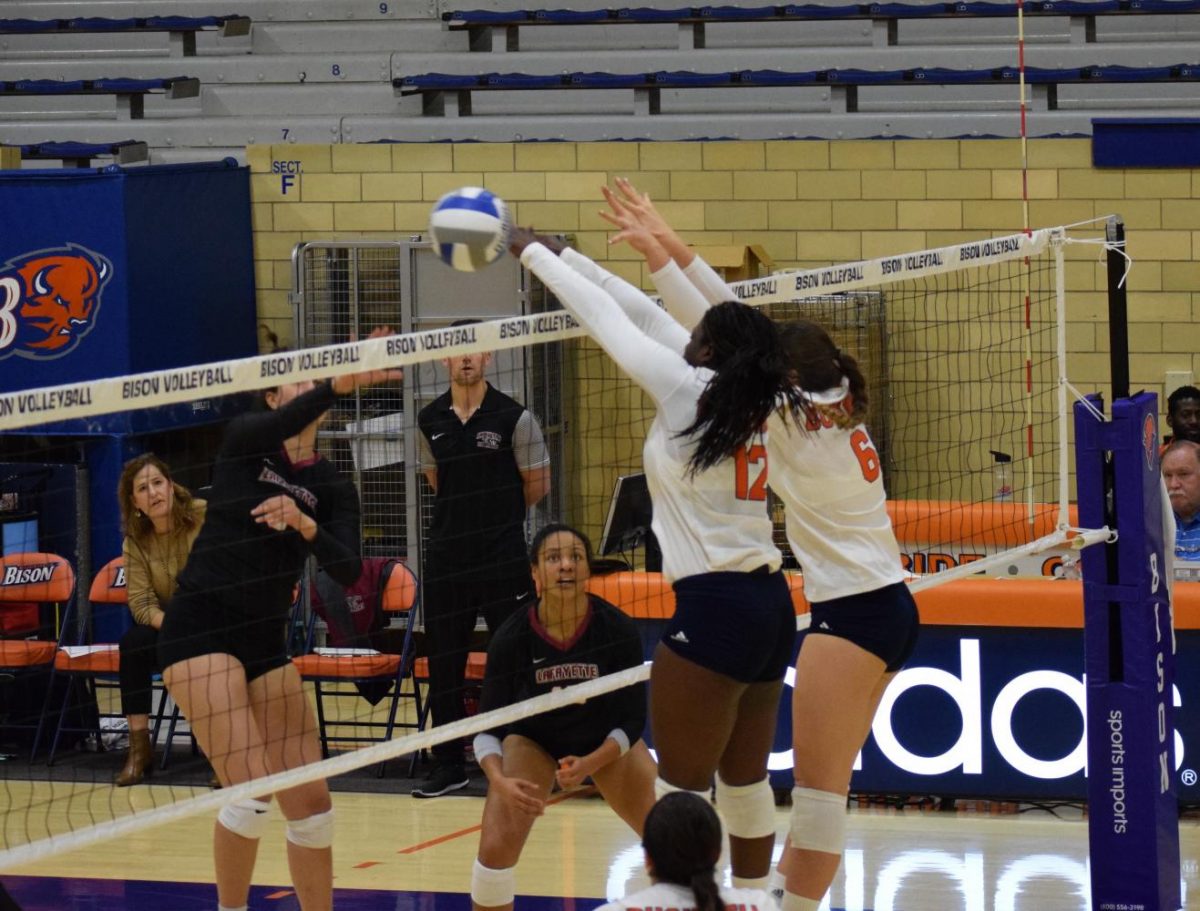 The Orange and Blue evened their overall record to 8-8 and their Patriot League record to 2-2 after sweeping Lafayette 3-0 on Sept. 29 and dropping a match against Lehigh on Oct. 1.

The Bison recorded their second Patriot League victory of the year against Lafayette, hitting an impressive .356 as a team. Mimi Richards ’20 led the team with ten kills and eight blocks. Blake Buchholz ’19 finished with nine kills and a hitting average of .421, and Celeste Barker ’18 tallied seven kills with a .455 hitting average.

Luz Nagle ’18 and Alexa Bonanno ’21 finished with 17 assists each to go along with Bonanno’s three aces. Buchholz and Richards also had two aces each. Defensively, Brooke Stark ’20 led the team with 14 digs.

The Orange and Blue have won seven out of their past eight matches with the Leopards. The 3-0 victory was the third clean sweep of the season for the Bison.

“It’s one of the best feelings when the entire team is on the same wavelength and the game just flows,” Stefanie Alpert ’18 said.

The Bison couldn’t carry the momentum that they built against the Leopards to break the Lehigh Mountain Hawks’ winning streak. However, the Orange and Blue certainly did not go down without a fight. Richards added six blocks to her impressive season total of 78. She needs just 10 more blocks to tie for the fifth most blocks in a single season by a Bison player.

Barker and Nagle each contributed two block assists while teammate Hailey Stout ’18 added three. No player from either team registered a double-double, but Sophie Bullard ’20 and Buchholz had strong offensive performances with five and six kills, respectively. Stark led the team with seven digs defensively.

“I think the main difference between Friday and Sunday is that on Friday we took control of the match. There was not a single ounce of doubt in our minds; we were confident but composed,” Barker said. “Moving forward, our main goal is continue working on our ‘AS ONE’ mentality, and to start and finish every game strong.”

The Bison continue league play at Navy on Oct. 7.