Beyond the Bison: ESPN falls back on its heels 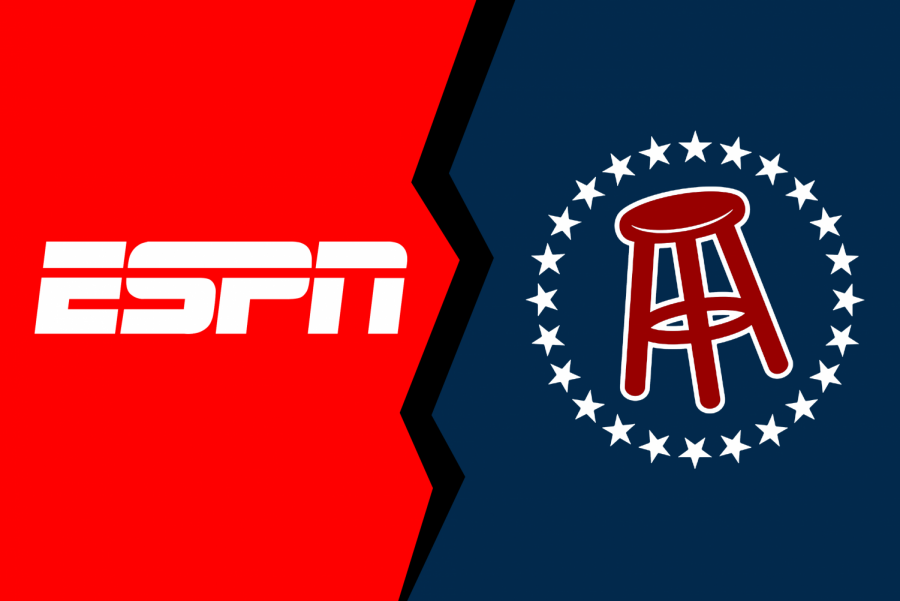 After only 10 days, ESPN has terminated its just-formed relationship with Barstool Sports, a site commonly visited by college students for sports entertainment. This disbanding comes as a result of increased displeasure with the company after an already unsettling course of events.

In an attempt to maintain its stride in the networking industry, paired with increasing programming rights to air NBA and NFL games, ESPN has been forced to make significant changes in-house. Of these changes, perhaps what has alerted viewers the most is the removal of a variety of journalists within the network.

President John Skipper announced in his press release on the morning of Oct. 30, “Effective immediately, I am canceling ‘Barstool Van Talk.’ While we had approval on the content of the show, I erred in assuming we could distance our efforts from the Barstool site and its content.”

Barstool Sports, known for controversial satirical content that is laced with college humor and sports commentary, primarily attracts young adults ages 18-34. Formalities are often dropped in the show, and the network communicates in what is seen to be a “relatable dialect” for adults in the targeted age category. As Disney serves as ESPN’s parent company, the values and messages of ESPN in no way reflect the content of Barstool Sports.

Having previously suffered accusations that the company is sexist and crude, one is forced to ask what the intention of ESPN was upon choosing to air the show? While, on the surface, it appears to be a strategy to bump viewer engagement from the young adult category, this strategy is unbelievably risky. Regardless of how you feel about both companies, pairing the two together is like marrying the angel and the devil. On the one hand you have a company that prides itself on reporting true facts concerning the sports community, while, on the other hand, you have a company with a focus of attracting a crowd with quite different, often more juvenile, tastes.

The majority of campus would likely agree that sport outlets such as these are widely entertaining, but you have to separate these entities like you separate church and state. If ESPN would like to maintain its dominance in the world of sports journalism, it must reevaluate what is best going forward and act on it. For now, the rest of us can sit back and watch how the whole game plays out.