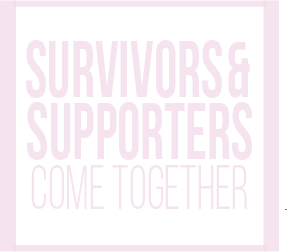 Domestic violence and sexual assault are harrowing issues that affect lives across the world, including the lives of individuals here on the University’s campus. Frequently, these subjects are often avoided or unaddressed due to individuals’ apprehension to share their personal experiences. Fortunately, various University organizations provide outlets that increase awareness of and provide support for victims of sexual assault and domestic violence, like SpeakUP’s Take Back the Night and The Clothesline Project, and Alpha Chi Omega’s Domestic Violence Awareness Week.

Take Back the Night

University President John Bravman stood before hundreds of students and faculty members on Oct. 26 and called for a change in the campus culture surrounding sexual assault. As the first speaker of the University’s Take Back the Night, Bravman stated that “we have a cultural problem here at Bucknell – a problem that doesn’t understand, unequivocally, the difference between yes and no.” Bravman challenged members of the University to “bear down like never before and listen to your peers. Listen to their firm commitment to not letting what happened to them happen to one more person. Because one person is way too many.”

Hundreds of students and faculty gathered in the Smith Quad at 6 p.m. for this annual event that has aimed to spread awareness about sexual violence. Hosted by SpeakUP, survivors and advocates told their own stories and provided messages of hope and support. The attendees gathered under t-shirts decorated with messages against sexual violence from the Clothesline Project, also sponsored by SpeakUP. Buttons reading slogans such as “I Believe You” and “Consent Comes in All Colors” were handed out and proudly displayed on backpacks and shirt fronts.

Many speakers shared personal experiences of healing after incidents of assault.

“When I wake up I ask myself ‘Will I lay here and cry again or will I push on?’ And most days I push on,” Amarachi Ekekwe ’18 said. “If you are a survivor, I want you to know this is not your fault. You are strong and beautiful.”

Continuing this message of hope and support, Mary Ann Stanton ’89, a sexual misconduct University Advocate, shared her own experience as a resource to students for issues concerning sexual violence. She addressed the crowd and discussed her role as an advocate.

“The Advocates are never there to judge what happened, so just call the number – because you are strong and in control and Bucknell cares about you,” Stanton said.

Rob Guissanie, also a member of the University’s faculty, spoke about his experience as a coach to the women’s track and field and cross country teams.

“I had never realized how hard it is to be [a] woman before. These women have taught me so much,” Guissanie said. He and Sam Greenberg ’18 addressed the male members of the community specifically, calling for them to change the culture of toxic masculinity on campus.

Attendees and speakers then silently marched through campus carrying glow sticks. After the march, SpeakUP peers Paul Freeman ’18 and Harper Stewart ’19 thanked the crowd for coming and called for continued conversation to change the culture on campus regarding sexual violence. Stewart, illuminated by the light of glowsticks, closed the event.

“Together we can say ‘no more’ and together, we can take back the night,” Stewart said.

There are numerous resources available at the University for students who want to report or simply discuss any incidents regarding sexual misconduct or assault. Students can contact The Advocates, which are members of the Bucknell community who are trained to help individuals who have been sexually assaulted, or visit the Counseling and Student Development Center, Kate Grimes, who is the Title IX Coordinator and Clery Act Compliance Officer, or Public Safety.

While these resources are salient to raising awareness of and putting an end to sexual assault at the University, graduate student Somer Dice emphasized the importance of speaking up on a daily basis to combat sexual and relationship violence.

“On the day to day basis in a Bucknellian’s everyday life, it’s important to remember to call out culture by implementing positive bystander behavior. There are many ways people with different backgrounds and personalities can work to support those who have been assaulted and speak up against rape jokes, inappropriate behavior, and unhealthy sexual attitudes,” said Dice.

The Clothesline Project is a supplement for Take Back the Night that is administered by SpeakUP and also combats sexual and relationship violence. For the project, students paint empowering phrases on t-shirts and SpeakUP members hang them in common areas around campus, including the Bertrand Library and the Student Space of the Elaine Langone Center. Emma Mustion ’20, a member of SpeakUP, sees The Clothesline Project as an act of “passive activism” that enables people to become aware of the issue in a casual way.

“This project is important in the effort to end sexual violence because it’s something that gives people a visual as to how big this problem really is and how important it is to students on this campus,” Mustion said.

Alpha Chi Omega, whose national philanthropy is domestic violence awareness, hosted a series of events from Oct. 22 to Oct. 29 to raise money for and support victims of domestic violence. On Oct. 23, they hosted “Donut Let Love Hurt” in Bertrand Library. On Oct. 24, they held “Let’s TACO Bout Domestic Violence” at Mercado Burrito. On Oct. 25, they had “A Cup of Joe with A Chi O” in Bertrand Library. On Oct. 26 they put on “Freeze Out Domestic Violence” at Sweet Frog, and on Oct. 29, the organization held “Healthy Relationships are Burritoful,” again, at Mercado Burrito. Throughout the week, sorority members also handed out pamphlets and note cards that suggested different methods of combating domestic violence and aiding its victims, like how to detect abusive situations and how to help people who find themselves in those situations. All year, Alpha Chi Omega raises money for their local domestic violence shelter.