Beyond the Bison: North Korea will march with South Korea in Winter Olympics opening ceremony 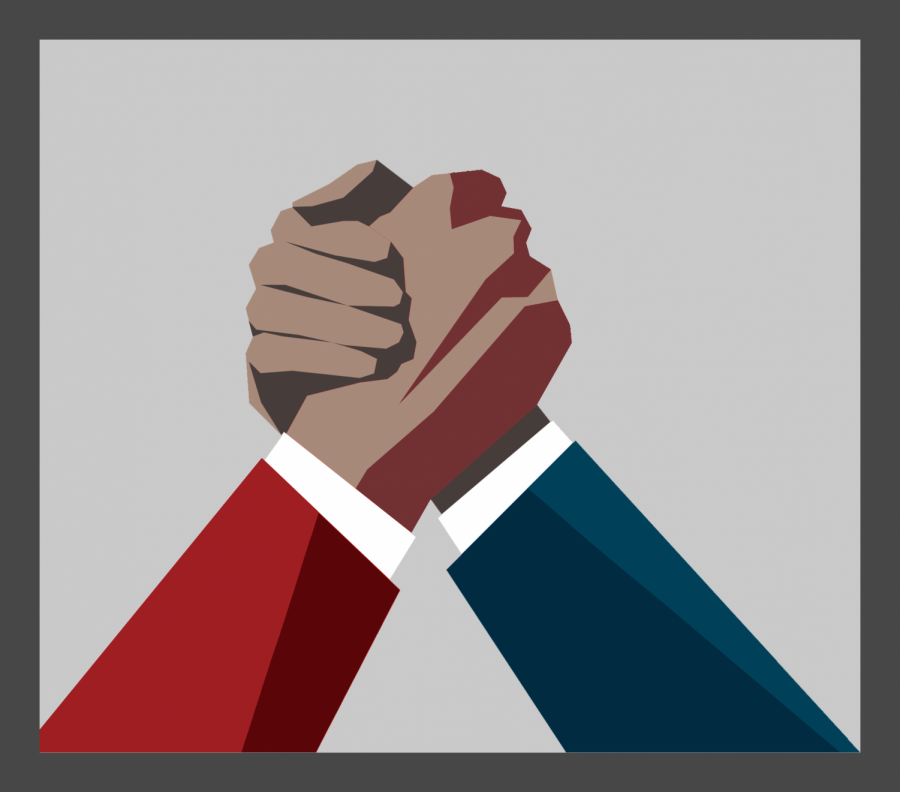 Following a meeting chaired by Thomas Bach, President of the International Olympic Committee (IOC), in Lausanne, Switzerland on Jan. 20, the IOC officially declared that North Korea and South Korea will march together in the 2018 Winter Olympics opening ceremony under the Korean Unification flag. The ceremony will take place in the host city of Pyeongchang, South Korea on Feb. 9.

North Korea is sending 22 athletes to compete in the 2018 Winter Games. Outside of the joint appearance during the opening ceremony, the two countries are also fielding a unified women’s ice hockey team, news that has caused a buzz in the international community. It will mark the first time in Olympic history that both nations will compete in an event together. All other North Korean athletes will represent their own National Olympic Committee in four other sports — figure skating, short track speed skating, cross-country skiing, and alpine skiing.

“The Olympic Games are always about building bridges, they never erect walls. The Olympic spirit is about respect, dialogue and understanding,” Bach said, on behalf of the IOC. “The Olympic Winter Games Pyeongchang 2018 are hopefully opening the door to a brighter future on the Korean peninsula, and inviting the world to join in a celebration of hope.”

The news also excited top officials at the United Nations. On Jan. 17, the President of the General Assembly, Miroslav Lajcak of Slovakia said on Twitter, “Heartened by reports that Koreans from DPRK & RoK will march together at the Olympics opening ceremony.”

Despite escalated tension over North Korea’s continued nuclear and missile tests, South Korea hopes that a partnership with North Korea in sports can lead to better political relations between the two. In 1948, South Korea declared independence, sparking a North Korean invasion in 1950 and the onset of the Korean War. The war ended in 1953 when the Korean Armistice Agreement was signed, but relations between the two nations have been uneasy since. Both sides have continually accused the other of violating the agreement, leading to increased tensions. Hostility between the two countries seemed to peak as recently as Oct. 2017 when the North Korean state media renewed a threat to launch ballistic missiles towards the U.S. territory of Guam. The agreement to march together under a unified Korean flag is a rare showing of unity, and the last time the two countries marched under the flag together was during the 2006 Winter Games in Turin, Italy.

North Korea’s intentions with this unprecedented action of unity are not clear. In the past few years, North Korea, under the direction of Kim Jong-un, has deliberately violated international treaties by continuing to build nuclear weapons and carrying out illegal missile tests. It is unclear why suddenly Kim has decided to cooperate with South Korea and the rest of the world. Some of South Korea’s allies believe that North Korea may be misleading South Korea and engaging in malicious behavior. At a summit on Jan. 16 in Vancouver, Canada, top diplomats from the United States, Japan, Canada, and the United Kingdom met to discuss the news. Japanese Foreign Minister Taro Kono called on the world community to question North Korea’s motivations.

“I believe that North Korea wants to buy some time to continue their nuclear and missile programs,” Kono said. “It’s not the time to ease pressure towards North Korea.”

The news was also met with an interesting and perhaps unexpected perspective. Sarah Murray, the coach of the South Korean Women’s Ice Hockey Team, has displayed worry about the proposal, claiming it negatively affects South Korean players that have worked hard to earn a roster spot and a chance to represent their country in the Olympics. Twenty-two players will be allowed to dress for each game, but IOC ruling requires Murray to select at least three North Korean players to the roster for each contest. Some healthy South Korean players will now have to be scratched from their games, creating a tricky situation for Murray to manage.

“I think there is damage to our players,” Murray said. “It’s hard because the players have earned their spots and they think they deserve to go to the Olympics. Then you have players being added later. It definitely affects our players.”

Korea opens up Olympic play on the ice against Switzerland on Feb. 10. The Winter Games take place Feb. 9-25 and can be watched on NBC Universal platforms.