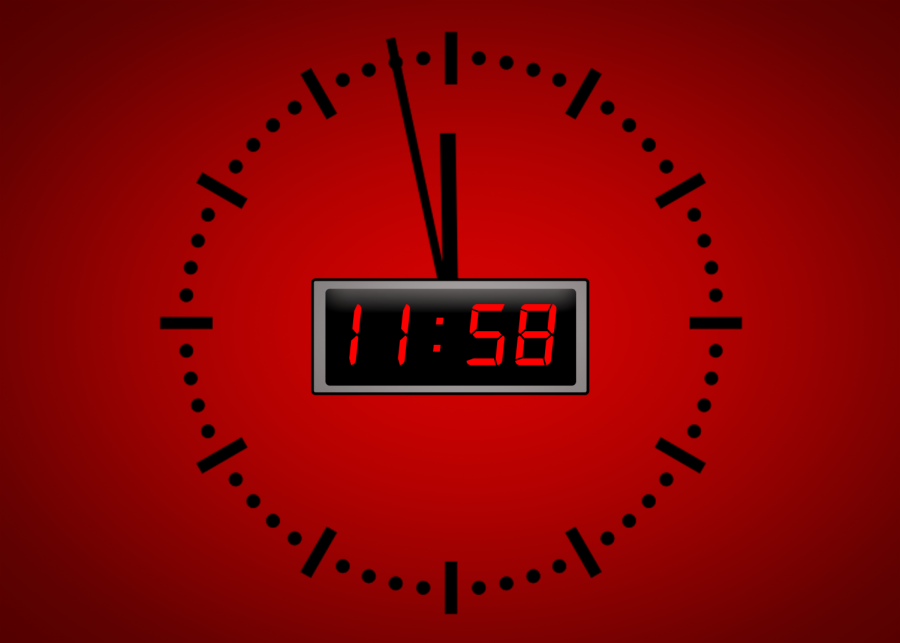 The Mayans failed in predicting that Dec. 21, 2012 would bring about humanity’s doom. Likewise, some Americans — in a rather extreme judgement — may have thought that the election of President Donald Trump in 2016 signaled the end of the world as we know it. While the clock has not yet struck midnight, we are awfully close. Two minutes to midnight to be exact.

An academic journal called the Bulletin of Atomic Scientists created a metaphorical “Doomsday Clock” to chart man-made threats that could bring about the destruction of humanity. According to a statement from the Bulletin’s president and CEO Rachel Bronson, the Doomsday Clock mainly focuses on the dangers that nuclear power currently present to society.

The Science and Security Board of the Bulletin have determined that the Doomsday Clock currently points to two minutes to midnight, a 30 second increase from the previous year. The Bulletin cited “the failure of world leaders to address the largest threats to humanity’s future” for the step towards potential destruction.

Unfortunately, the Cold War’s end did not stop world powers from springing the Doomsday Clock once more towards midnight. First, weapon upgrades and further nuclear proliferation raised the stakes. Then, human activity contributing to climate change (and leaders failing to respond to such problems) brought the Bulletin’s 2015 Doomsday Clock to three minutes to midnight. In 2017, the Doomsday Clock advanced thirty seconds and did so again this January.

How has Trump contributed to the Doomsday Clock’s movement? To be clear, the Clock was already at three minutes to midnight before Trump took office, so the blame for this dangerous shift should not rest solely on the president’s shoulders. However, it’s easy to pinpoint the exact moment that Trump may have unwittingly moved the Doomsday Clock: last month’s tweet about the nuclear button.

On New Year’s Eve, North Korean leader Kim Jong-Un taunted Trump about having the nuclear button on his desk. Trump delivered a childish response on Twitter, warning that not only does he also have a nuclear button, but his button “is a much bigger [and] more powerful one than [Kim Jong-Un’s], and my Button works!”

Some may argue that Trump’s statement was an assertive response to Kim’s threat. Theoretically, such a response could dissuade a rational leader from moving to attack another country. However, Kim seems far from reasonable. Even in the form of verbal threats, fighting fire with fire has moved us two minutes away from disaster. Though Trump likely intended to protect Americans with his threat, I (and perhaps the Bulletin of Atomic Scientists as well) felt significantly less safe after the response.

Despite these strong feelings towards Trump’s actions, he is only part of the puzzle that has moved the Doomsday Clock towards the brink of midnight. The Bulletin references that misinformation and hacking have added new problems to the international stage, as well as the overarching failure to solve the imminent threats to mankind.

More importantly, the Doomsday Clock is metaphorical. It does not guarantee that the apocalypse is literally on the horizon. Rather, the Doomsday Clock serves as an indication of the dangers that our weapons and technology could produce. These threats may be omnipresent, yet they prove rarely tangible. The stakes are simply too high for any country to deploy such catastrophic weapons. The Doomsday Clock’s reading should cause concern about current international relations, but we must temper that fear with the understanding that nuclear war is highly unlikely.