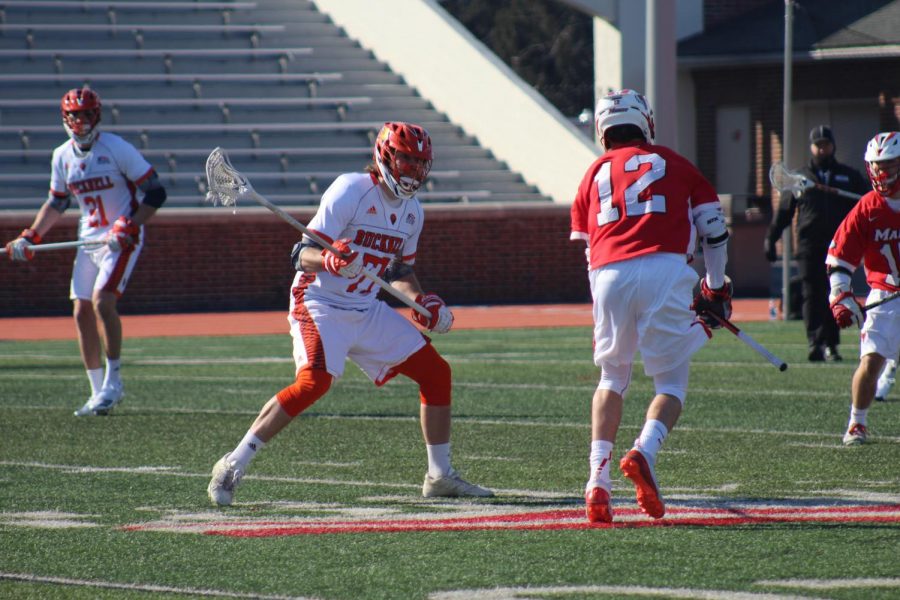 Bison men’s lacrosse is back for the program’s 50th anniversary season. On Feb. 3, the Bison opened the season against the Marist Red Foxes in Christy Mathewson-Memorial Stadium and prevailed with an 11-9 victory.

They found great strength in their offense, which fed off of returning offensive stars Will Sands ’18 and Sean O’Brien ’18, who were both selected to the All-Patriot League First Team at the conclusion of the 2017 season. Sands continued last season’s dominance over opposing defenses, posting two goals and six assists against Marist. After one week of play, Sands ranks second nationally in assists.

The Bison were able to capitalize on the immense depth that they have on defense. Headlining the defense are goaltender Christian Klipstein ’19 and midfielder Matt Gilray ’18, both All-Patriot Preseason League selections who have both been starters since they started playing for the Bison.

Backup goalkeeper Ben Clark ’21 entered the game in the second quarter to relieve Klipstein after the Red Foxes netted their seventh goal of the match to take a 7-3 advantage over the Bison. Clark played well in his debut in cage for the Orange and Blue. He tallied four saves, including a diving effort on the doorstep of the crease to prevent an opposing score. His performance earned him his first Patriot League “Rookie of the Week” honor.

The contest was knotted at 9-9 midway through the fourth quarter when Connor O’Hara ’18 netted the go-ahead goal for the Orange and Blue, which proved to be the game-winner. Reed Malas ’19 notched another goal less than two minutes later to solidify the comeback and ensure the Bison victory.

The Bison will next head to Smithfield, R.I. on Feb. 10 to play defending NEC champions — the Bryant Bulldogs. The game is expected to receive national attention, as the winner will likely enter into the Top 20 ranked teams in the country.