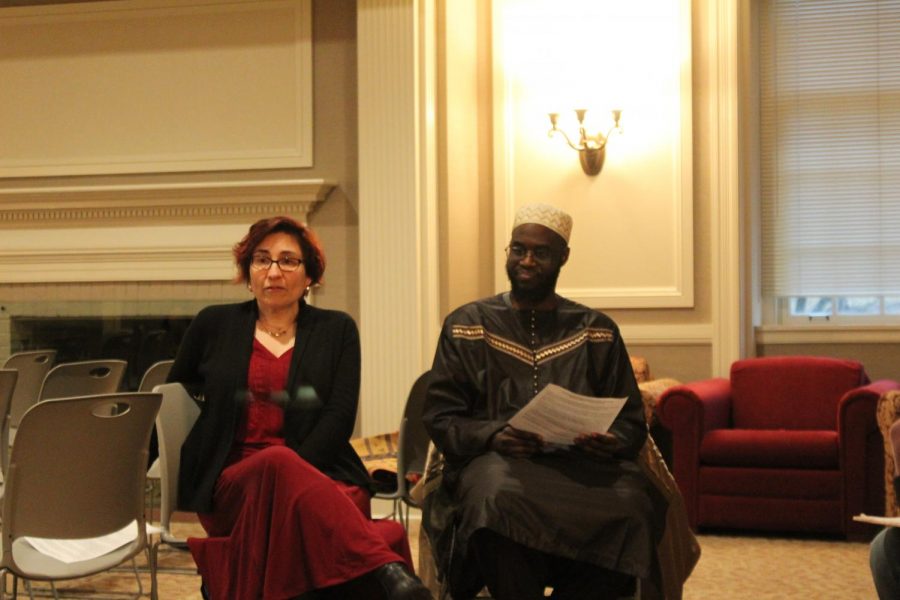 The University’s Jewish and Muslim communities came together on the evening of Feb. 23 to have their second annual Solidarity Dinner in the formal dining room of Hunt Hall. The dinner was co-sponsored by student-run Hillel, the Muslim Students Association, Bucknell Jewish Life, and Bucknell Muslim Life. Students, faculty and staff who celebrate the two religions, as well as their families, were in attendance.

Every Friday evening, Jews celebrate the start of the Sabbath by eating and praying together, while Muslims hold Jummah Prayers every week on Friday afternoons. This dinner, being held on a Friday evening, complemented the routine of each faith.

There are some groups around the country who pray together simultaneously as Jews and Muslims, but for the purpose of this dinner, the two prayers were held consecutively — Jewish Sabbath Prayer followed by the Muslim Maghrib Prayer.

Rabbi Chana said the reasons they did this were “first, because the Friday evening services are different lengths of time (Friday Shabbat prayer is much longer than Friday Maghrib), and second, so we could witness and participate in each others’ prayers without distraction.”

The prayers were designed to be guest-friendly, with explanations of the different rituals.

Jews blessed the “delight” of the Sabbath with a glass of grape juice, and blessed the food using challah, a braided loaf of bread. Muslims blessed their food by reciting a prayer in Arabic, followed by a verse from the Quran.

Dinner was served with both Kosher and Halal chicken, as well as many vegetarian and vegan options.

The first dinner was held during the 2016-17 academic year after an increase in hate crimes against Jews and Muslims in the United States.

“We are usually a marginalized group in terms of religion. So we feel that this event is very important to show our solidarity towards each other and support towards each other,” Vice President of Communications for the Muslim Student Association Omar El-Etr ’19 said.

The University has been taking many steps in order to increase visibility for these two groups on campus and in the Lewisburg community. There are various initiatives and programs on campus involving these two religious groups, such as the Solidarity Dinner, the appointment of the Jewish and Muslim Chaplains, a new Muslim space on campus, the search for two Muslim professors for next fall, and the search for a new German and Jewish Studies professor.

“A lot of programming, especially this dinner, is because of a new infrastructure allowing us to come together” President of Hillel, Manning Martus ’21, said.

“Visibility is important for sending a message to other colleges to show Bucknell’s commitment to religious diversity,” Brother Mouhamadou Diagne said.

Brother Diagne was welcomed as the University’s first Muslim chaplain in November of last year. “Now that we are both here, we are trying to do our part now to continue that tradition, while also increasing our collaboration and improving our relationships – because now we have the staff and resources to do this in ways that weren’t possible before, but also because we want to,” Rabbi Chana said on behalf of her and Brother Diagne.