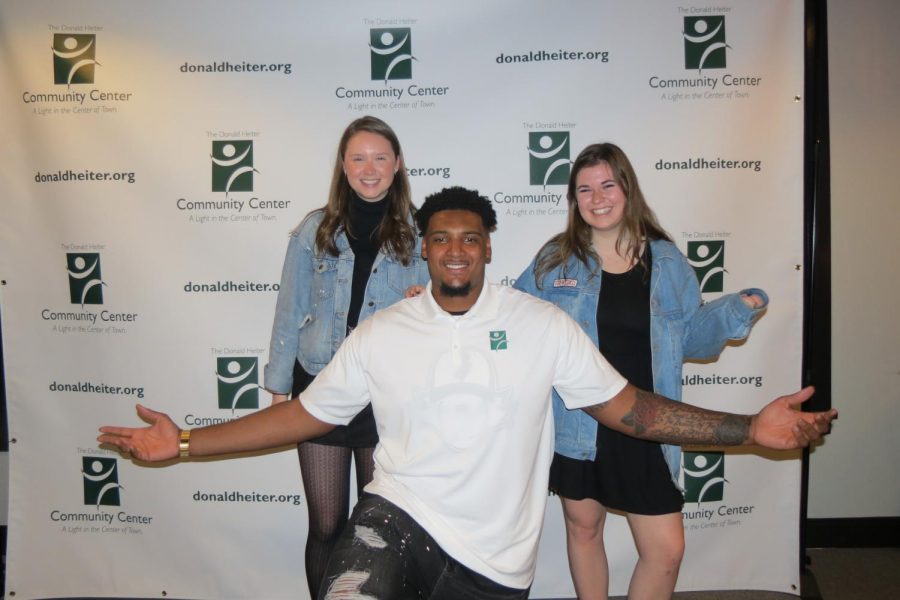 Houston Texans rookie and University alumnus Julién Davenport ’17 returned to the University to participate in an event on March 1 in the Iron Front event space on Market Street called “Let’s Tackle This Together: Raise the Roof with Julién Davenport.” The event aimed to raise money for a new roof for the Donald Heiter Community Center (DHCC) , which is located in downtown Lewisburg and is a non-profit organization that “strives to be the hub of community activity,” according to its website, primarily focusing on the community’s youth. The main focus of the event was to support the mission of the DHCC.

The center houses a gym, library, music room, and many multi-purpose rooms under one roof, which has been repeatedly patched over in order to cover its small leaks. Per the recommendation of the building’s construction company, the decision was made to replace the entire roof. The proprietor of Lewisburg’s Civil War Cider Co., Rob Antanitis, also sits on the Board of Directors for the DHCC and spearheaded the fundraising campaign for the new roof. He worked with Ellen O’Donnell ’18 to organize the March 1 event by researching fundraising web platforms and designing an overall fundraising concept – which was “to ask anyone and everyone from the community to give five, 10, or 20 dollars to this campaign – out of the goodness of their hearts,” Antanitis said.

“We put together a campaign that concentrates on small donations from people who live, work, or play in Lewisburg, and not on millionaire donations that sometimes come with strings attached,” Antanitis said.

The pair eventually decided on using the website GoFundMe to solicit donations, and raised $2,120 through their efforts. Davenport helped to raise $5,000. The NFL player was chosen out of a desire to secure a high-profile individual who had ties to both the University and the overall Lewisburg community.

“At a social gathering, Civil War Cider, BU Football coaches Darnell Young, Mike Weick, and Matt Borich all talked with Rob Antanitis about Julién Davenport’s strong character and strong connections to Bucknell.  They helped us learn that his love for kids, community, Bucknell, and Lewisburg could be the currency we needed to inspire everyone to chip in on this project,” Antanitis said.

“It was a really humbling experience helping Rob with this event, having the opportunity to leave an impact on the Lewisburg community and giving back to the DHCC has really meant a lot to me,” O’Donnell said.