BASA Bash: a commemoration of the African continent’s notable achievements 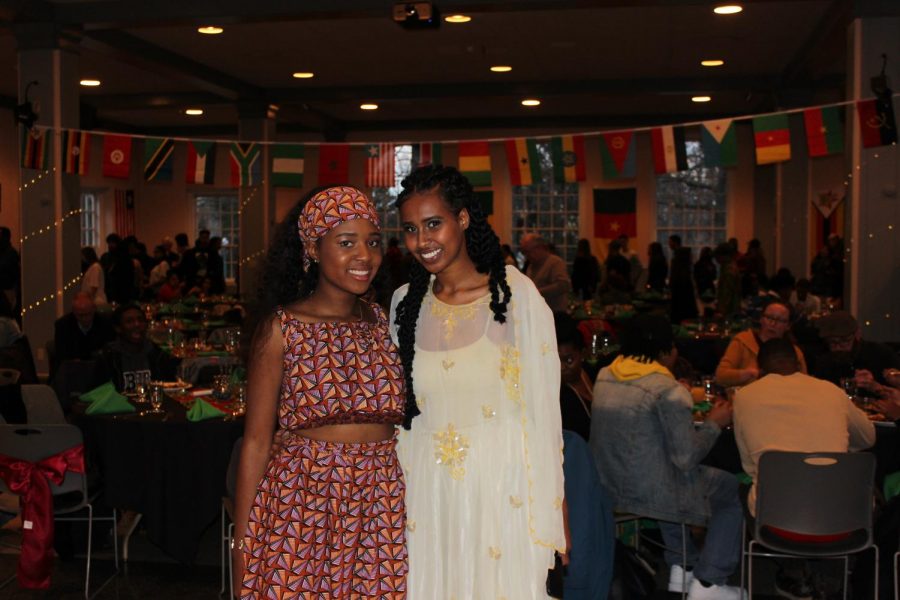 Bucknell’s Africa Student Association (BASA) hosted a cultural event on March 3 full of informative presentations, performances, and a dinner. In a room adorned with flags representing the many different countries on the African continent, student members of BASA gave several presentations promoting the idea of collective African development, a topic often left out of mainstream media when discussing the continent. Many of the presentations were highly academic, with topics ranging from colonization and the dehumanization of the black body under white supremacist imperialists, to modern-day technological developments in many different countries. There was also a focus on African innovators, including inventors and distinguished individuals in the medical field coming from different African countries.

“BASA bash’s theme of Africa’s historic innovation was an important one because of all the misconceptions surrounding the continent,” student presenter Shirah Moffatt-Darko ’18 said. “People need to realize that it is not a place of backwardness, but has actually influenced so much of what we do today in the States, from music, to fashion, spirituality, politics, and economics. Whatever Africa is behind in is only due to places like Britain and the United States pillaging and plundering our continent for their own gain. Hopefully BASA bash reminded all of us how progressive the continent actually is.”

Intermixed between student presentations were performances by students and outside artists, including Amarachi Ekekwe ’18, and the Bisonettes. Another notable performance was rapper O-Slice, who performed original songs relating to African pride.

Abyan Abdullahi ’19, the association’s president, addressed the crowd before dinner, which included traditional foods from several African countries, including Ethiopia and Nigeria. The food was a hit among guests, as it was a treat considering the lack of African restaurants in the surrounding area.

“BASA bash was more of an experience than an event. It was obvious that being exposed to that much African culture is an appreciated rarity amongst the audience,” Desmond Dinkins ’21 said.