On April 15, 2005, Centre County District Attorney Ray Gricar parked his car in Lewisburg and went for a stroll down Market Street; he has been missing ever since. 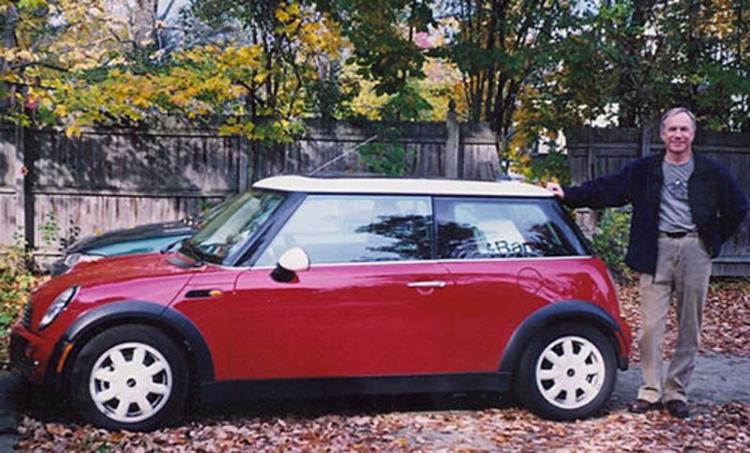 On April 17, 2005 a small headline appeared in the corner of the front page of the Susquehanna Valley Daily Item: “Centre County DA missing.” The story continued inside the paper, briefly outlining a developing case: “Police searched the land and air in central Pennsylvania for any sign of a car driven by Centre County’s top prosecutor, who was reported missing Saturday after he failed to return home from a drive the day before,” read the article.

The prosecutor, Ray Gricar, had awoken on Friday, April 15 and told his girlfriend, Patty Fornicola, that he would be skipping work that day to enjoy a drive down to Lewisburg. It was one of the first warm days of the year, and Gricar told Fornicola he was hoping to enjoy the weather. By early the next day, his Red Mini Cooper was found by a state trooper in the parking lot of the Street of Shops, about 50 miles from his home in Bellefonte, Pa. Many witnesses reported seeing or speaking to Gricar on Market Street. His phone, turned off, was found within the car. However, his laptop, wallet, and car keys were not. Now, 13 years later, the question of what happened to Gricar that sunny Friday in Lewisburg still remains.

Born in Cleveland, Ohio Ray Gricar had served as the Pennsylvania Centre Court District Attorney from 1985 to 2005. The twice divorced father of one was set to retire in a few months, just in time for his sixtieth birthday. During his tenure, Gricar had specialized in cases of homicide.

Gricar prosecuted many notable cases, included the perpetrator of the Hetzel Union Building shooting in which a woman opened fire with a rifle at Penn State in 1996, killing one student and wounding another. In 1998, Gricar declined to press charges against the infamous Jerry Sandusky. The longtime Penn State assistant football coach was charged and convicted with 40 counts of child sex abuse in 2011. Some believe that Gricar declined to press charges against Sandusky in order to avoid having to tackle such a hometown legend. However, Anthony De Boef, who had worked as an assistant district attorney under Gricar for five years, strongly disagrees: “No one got a bye with Ray. He didn’t care who you were; he had a job to do.”

Gricar’s daughter, Lara, issued a plea for her father at a news conference three days after his disappearance.

“I want more than anything to hear your voice and for you to hug me. Maybe we can go for a hike – go hike up a mountain and sit and talk. Please call.” Visibly emotional, she also addressed the public, “to everyone else out there, if you have seen my father, please contact police.”

Within the week the FBI was called in to assist with the investigation. Divers searched the Susquehanna River while helicopters covered both land and water from above. In July, Gricar’s laptop, which was missing its hard drive, was pulled from the water under the PA-45 bridge between Lewisburg and Milton, Pa. The hard drive was found months later by a fisherman on the bank near the old railway bridge which runs parallel to the traffic bridge. The hard drive was too damaged to be read. Gricar’s wallet and keys were not found.

From the motorcycle gang Hell’s Angels to Gricar’s own girlfriend, the police explored many possible suspects over the course of the investigation. Yet an official suspect was never identified. On April 22, the Bucknellian reported that an anonymous donor had promised a $5,000 reward for information regarding Gricar’s whereabouts. It is unclear whether the money was ever awarded to anyone.

The case has been the subject of many television documentary programs including “Dateline NBC” and CBS’s “Without a Trace.”

While his body has not been found, Gricar was declared legally dead on July 25, 2011. However, the Pennsylvania State Police consider the case to be open and active.

“These type of cases are unique and you have to think outside of the box,” Sunbury Police Chief Miller said in January of 2017. “You have to make noise and let the dust settle. It is then when you can possibly get answers. With a click of a button, the media can reach thousands and go places we as police can’t go. I wish all the investigators luck in solving the case of Ray Gricar.”

This story was originally reported by the Daily Item.