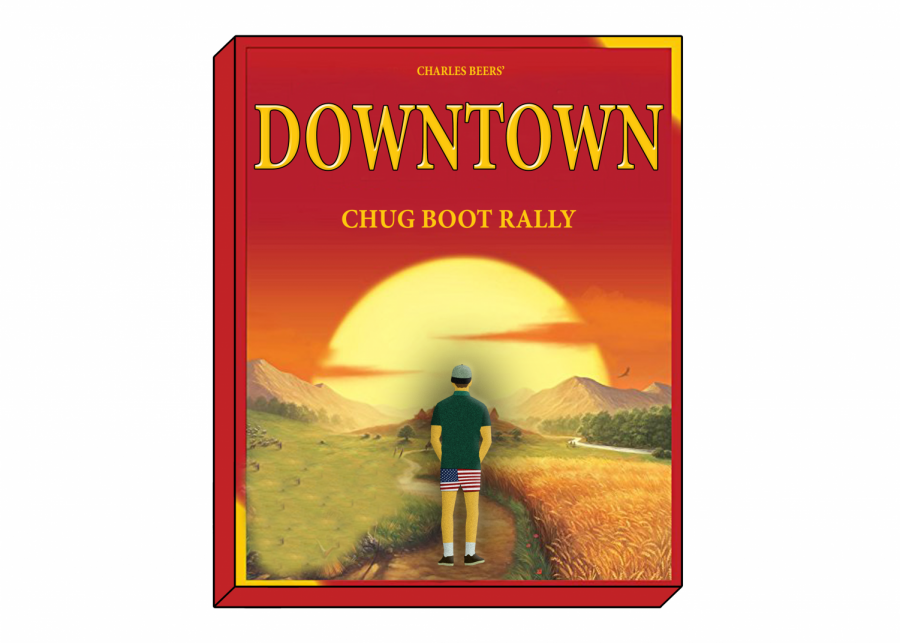 Following the incredible success of their breakout hit “Bucknellopoly,” the students responsible have announced a new line of family-friendly board games that will hit shelves this holiday season. The development team claims that these new spinoffs will carry that familiar University charm, appealing to both current students and alumni.

The headliner is a multiplayer board game called “Settlers of Downtown.” Players assume the role of their favorite fraternities, each attempting to build and develop the best houses in downtown Lewisburg while trading and acquiring resources such as speakers, risers, and kegs.

“I had the largest super bonus and a clear path to the bars,” play-tester Bradley Milton ’19 said. “But I lost because someone rolled a seven and Public Safety shut me down.”

There will also be a University-inspired rendition of “Operation.” Like the original, this game will test player’s hand-eye coordination as they remove aluminum ailments from a patient nicknamed Bruised Bucky.

“It’s definitely nostalgic,” alumni Harry “Hasbro” Brody ’86 said. “I remember when I was a kid and I was removing Natty Lites from Bucky’s liver. Now I can share those memories with my own children!”

Other games in the collection have received mixed reviews from the first round of players nationwide, such as the new board game called “Sorry, Bro!” In this game, players try to quickly move their pieces around campus without running into other players who are too distracted with their phones.

“That’s not what we do here,” Chad Bradley ’20 said before running straight into a streetlight and offering an apologetic, “Ah, dude, sorry man.”

Despite these criticisms, others have found the new games to be very instructional to younger players. A mystery game entitled “WE CLUE” allows players to find their true major by searching different buildings and questioning professors. The end goal of the game is to determine who killed the victim and through what educational means.

“It was the computer science professor, in Dana Engineering, with the double pre-lab!” Milton said, solving the mystery and earning his bachelor’s degree.

Please contact The Bucknellian to pre-order your own personal copies of the board games referenced in this article. Offer ends Sept. 7.