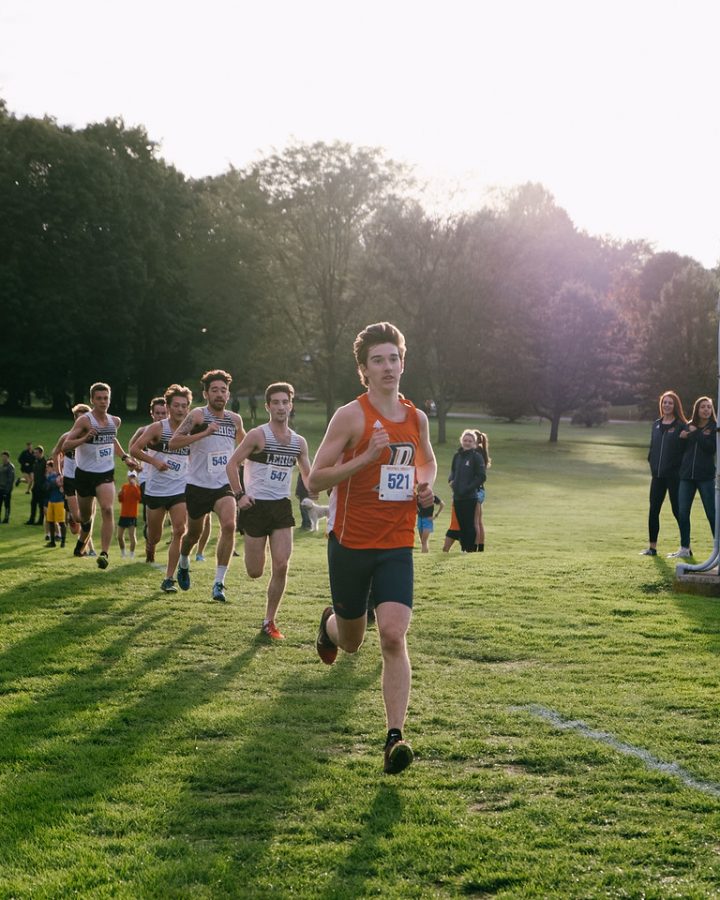 The Bison cross country team competed in the Bison Tune Up on Oct. 19, their final home meet of the regular season. With the women collecting two first-place finishes and the men collecting one second place finish, both teams are determined to bring this momentum into the Patriot League Championships this weekend.

On the women’s side, facing both Mansfield and Lafayette, Tiara Tardy ’21 crossed the finish line at 14:13 in the 4k, earning her first place in the race. Close behind were Kaitlin Ryan ’21 and Karly Forker ’22, collecting second and third place, respectively, in a field of 13 total runners.

In the 6k race, Olivia Dyer ’22 finished first with a time of 22:40, nearly 26 seconds faster than the runner up. In a race of 16 runners, fellow Bison Lucie Kubinski ’22 took third place overall.

On the men’s side, among six other runners from Mansfield and Lehigh, Scott Gulizio ’20 finished the 6k race in second place with a time of 19:29.

“The women’s team is really excited for the opportunity to not only go for our fourth consecutive cross country title, but to do it on our home course,” Lauren Gronbeck ’20 said. “All of the summer miles, 6 a.m. workouts, long runs, and countless loops of the west fields have prepared us for the league meet. In the days leading up to Saturday’s race, we’re focusing on the details and staying calm. We know that if we run to our capability, we can compete against anyone in the league.”

The Bison will be back in action when they host the Patriot League Championships on Oct. 27. Hosting this meet for the first time since 2004, the Bison hope to overcome their league opponents on both the men’s and women’s side to hoist their respective championship trophies.