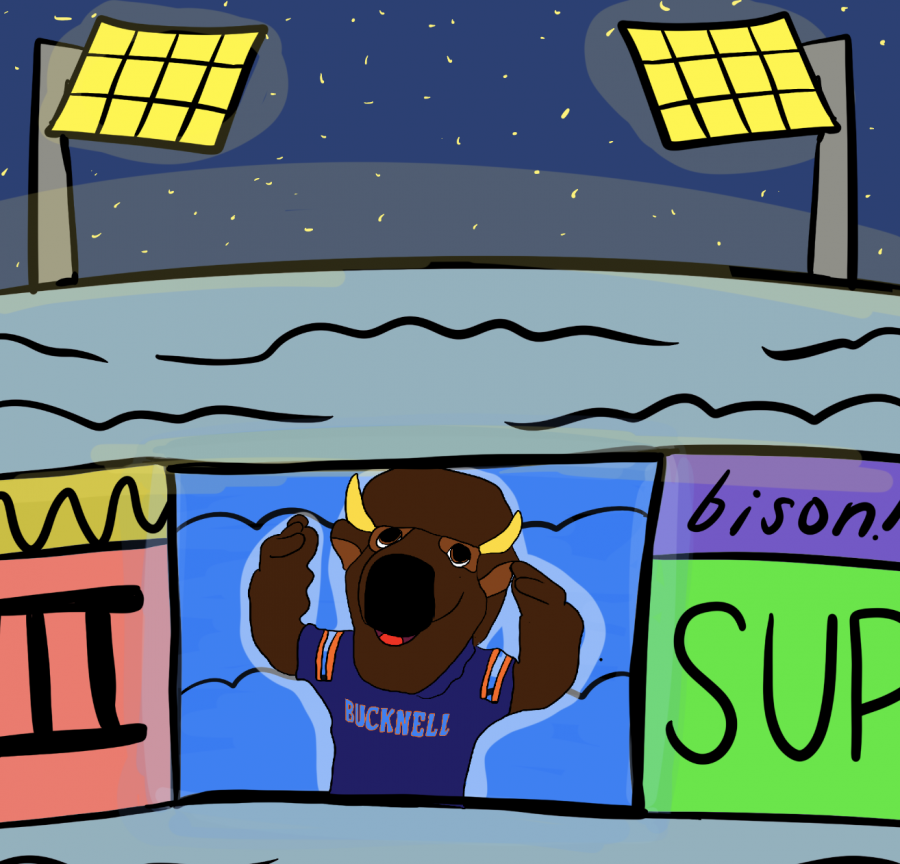 GraphiOver the past few weeks, a group of film and media studies students created their very own Super Bowl advertisement, encouraging rising high school seniors to apply to the University.

Paying the National Football League just shy of three billion dollars, the students were able to have their 13-second commercial aired right after the halftime show. According to the team, the increase in tuition that made this deal possible was put to good use.

“We were determined to get the real picture of what the life of a Bucknell student looks like,” director Stefan Sneilberg ’19 said. “We wanted to catch students in their natural habitats and see what is truly beneath the Canada Goose exteriors they wear.”

Based on interviews with the film crew, tactics that could be considered rather unethical to the general public were used throughout the production. Media producers frequently perched cameras on the window sills of students’ dorms when the students weren’t looking.

“While I realize this could be considered a breach of privacy, we made sure to film only their common rooms. We obtained consent to use the footage after the fact and most of the students were more than delighted to be featured on national television” Jamie Nolan ’21 said.

Producers also asked students to perform dangerous tasks, such as car donuts in the crowded parking lots and body slides down the icy quad while wearing minimal clothing.

“See, the idea here was to combine the real with the surreal, creating a college experience that felt tangible, but simultaneously out of this world,” Sneilberg said.

“Yeah, I was shown one-shouldering my backpack during the last second of the ad,” Brad Chapman ’20 said. “They cut the part of me smashing a foldable table though, which I was pretty pissed about. I probably would have done it anyway, but I sprained my wrist for that air time.”

The soundtrack of the ad fuses a University classic, “Big Bootie Mix, Volume 11,” with a voice-over of President John Bravman’s email that canceled classes on Jan. 31—an artistic choice, to say the least.

The film crew remains hopeful that the advertisement does not end in a future lawsuit against University students or alumni to the extent of Billy McFarland’s case. However, as they say, any publicity is good publicity. Only time will tell what effect these 13 seconds will have on the University applicants in 2019.