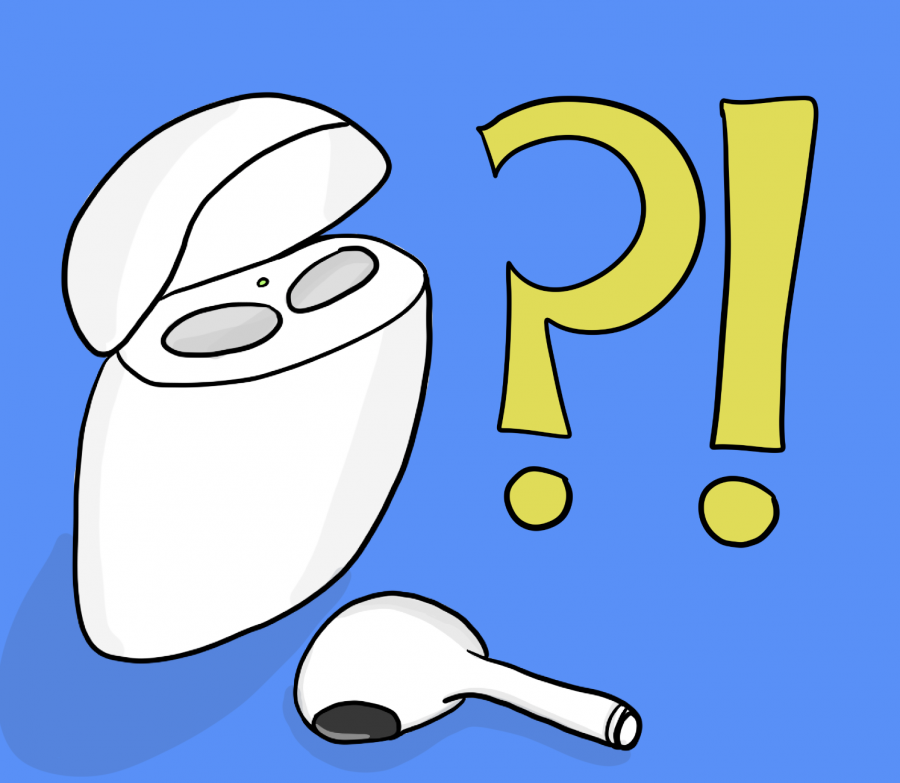 After weeks of popping up in the most random places, from box #C3250 in the student mailroom to the chili-lime shrimp taco I am eating while I write this, AirPods will no longer escape the clutches of their neglectful owners thanks to Bucky the Bison AirPod Wires (“BuckyPods”), which can now be purchased at any available campus retailer.

AirPods, one of Apple’s newest toys being dangled in front of the world’s peasantry, have been flying off the shelves since they were first released in 2016 with the promise of eliminating the perennial threat of tangled headphone wires. Despite being responsible for the single most monumental event in the history of mankind, the technological behemoth received backlash because of how easy it was to lose the listening device.

“I love my AirPods,” Milly Joel ’20 said. “I just wish there was some way of connecting them back to my phone.”

When The Bucknellian asked Apple representatives if there was ever a plan in place to ensure wireless products would always remain in the possession of their rightful owners, we were presented with a home video of Steve Jobs filmed all the way back in 2009.

“Okay, here’s the plan,” Jobs said. “If people start losing their wireless devices, just put wires back on them. Idiots.”

The University immediately followed the wisdom of the famous black turtleneck-wearing innovator by inventing BuckyPods, which have now eclipsed AirPods themselves in sales numbers.

Although the introduction of wires has slowed down the loss of AirPods, some members of the campus community have found the change confusing.

Michael Walsh ’22, who described himself as distrustful of any technology created prior to 2016, had absolutely nothing to say upon his first face-to-face interaction with the wires.

“Aren’t these just headphones?” Walsh said. “Am I going insane?”