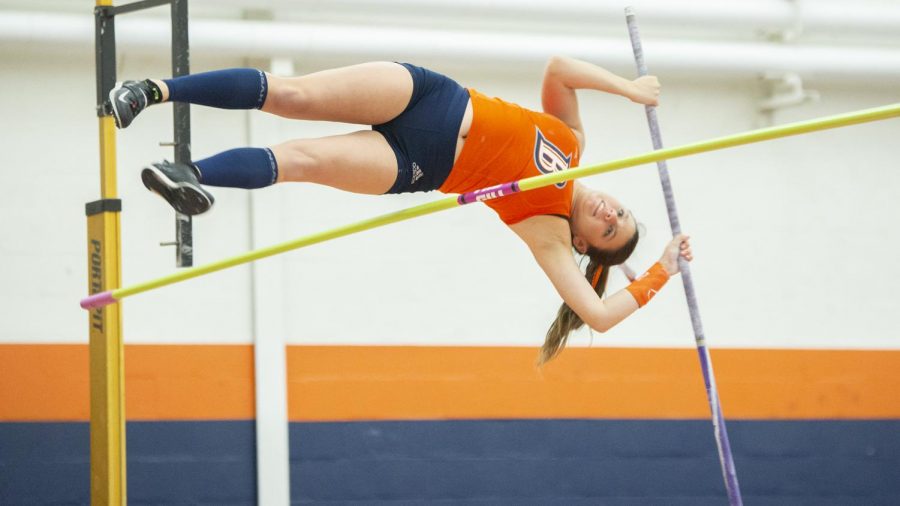 The Bison women’s and men’s track and field teams competed in the Bison Tune-Up on Feb. 8 at the Gerhard Fieldhouse. This was their final meet of the indoor season prior to the Patriot League Indoor Championships. The men’s side led the way with eight IC4A qualifiers, while the women posted three ECAC qualifiers.

In the throwing events, C.J. Falcioni ’20 qualified in the weight throw with a toss of 57-9. Another qualifier for the Orange and Blue was Reggie Harris ’19, who qualified in the triple jump.

“It’s a big weight off my shoulders,” Harris said. “I’ve been battling an injury all season, so I’m glad I’m back to jumping how I was last year. Last year I qualified at the actual League Championship meet, so I’m happy that I can focus on Leagues now and try to improve on my second-place finish from last year.”

“Now we need to write a league lineup that will maximize our team points,” head coach Kevin Donner said.

The Bison will next travel to the Naval Academy to compete in the Patriot League Indoor Championships held from Feb. 16-17.

“Our coach always tells us to stay in a bubble, and this week it’s especially important to do so, from eating properly and getting enough rest … so we can perform to our best ability when it counts,” Harris said.