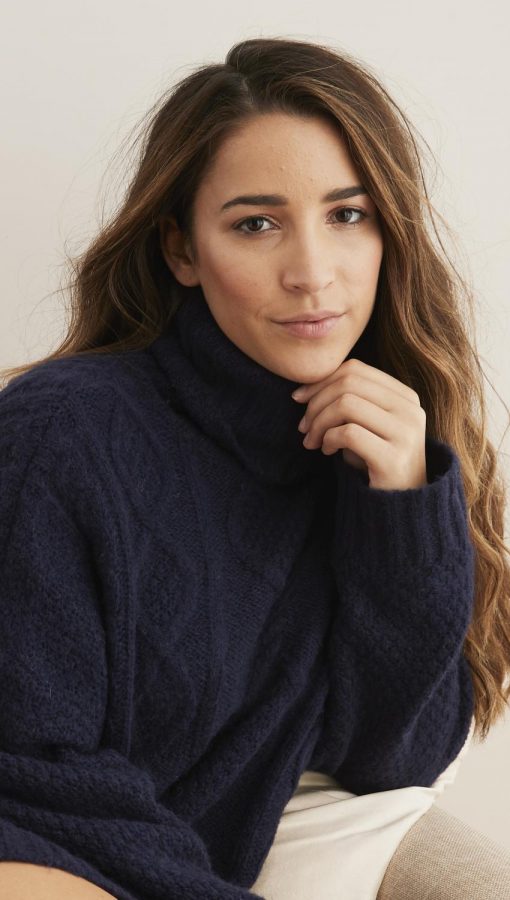 Aly Raisman, U.S. Olympic gymnast and winner of the Arthur Ashe Courage Award, will speak at the University on April 2 at 6:00 p.m. in Sojka Pavilion. Invited to speak by the Student Lectureship Committee, Raisman is expected to discuss topics including her experiences as a member of the 2012 and 2016 U.S. Olympic Women’s Gymnastics team, as well as being a survivor of sexual abuse.

Raisman is the second most decorated American gymnast of all-time with six total Olympic medals. She is the captain of both the 2012 “Fierce Five” and the 2016 “Final Five” gymnastics teams, both of whom she led to gold. At the 2012 London Olympics, when she was only 18 years old, she became the first American gymnast to win gold in the floor exercise.

Raisman also competed at the 2011 and 2015 World Championships where she was a member of the gold-winning American teams.

In 2017, Raisman came forward with her story of sexual abuse by her former Olympic physician Larry Nassar. She was one of the multiple victims to read statements at Nassar’s sentencing and was awarded the Arthur Ashe Courage Award for her bravery and fortitude throughout the process. In addition, Raisman filed a lawsuit against USA Gymnastics and the United States Olympic Committee (USOC) for knowing about her ongoing abuse and not intervening.

In her New York Times best-selling memoir, “Fierce: How Competing for Myself Changed Everything,” Raisman discusses her dedication and determination to gymnastics, as well as how she learned to be positive even in the darkest of times. She tells the story of her path to gold and healing following the abuse she endured at the hands of Nassar and USA Gymnastics.

“We chose Aly Raisman because of her impressive Olympic career as a gymnast. Raisman is the second most decorated Olympian for gymnastics, which is so fascinating, and we felt the students would love to hear her story,” Lauren Mastoloni ’19, a member of the Student Lectureship Committee, said. “In addition, she also has a very powerful message through her advocacy for systematic changes within the sport of gymnastics and efforts to eradicate sexual abuse in youth sports.”

Now 24 years old with 2.2 million Instagram followers and 1 million Twitter followers, Raisman uses her platform to promote body positivity, fight for changes within the sport of gymnastics, as well as all youth sports, and help to eliminate sexual abuse.

“We are very excited for Aly Raisman to come and feel that the students will feel inspired by her story and learn through her experiences,” Mastoloni said.