An abroad perspective: How does Spain view American politics? 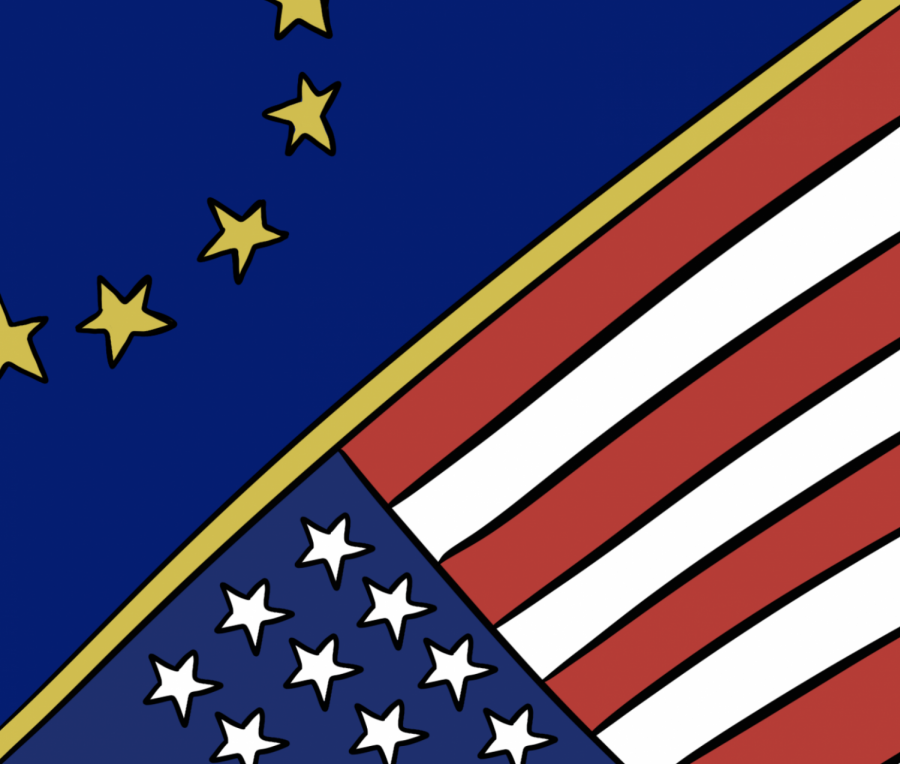 Studying abroad in college provides students with ample opportunity to travel the world and experience new cultures. However, perhaps the most interesting part of studying abroad is the perspective you gain about how other cultures see your own. As a result, watching the news with my host family and taking political science classes from a Spanish perspective have been two of the most interesting educational aspects of my study abroad experience in Granada, Spain.

Every day at lunch and dinner, my host family and I watch the news as we eat. Over the course of the past six weeks, the international coverage of U.S. President Donald Trump has somewhat mirrored the treatment he receives in the United States. The Spanish press highlighted the unrealistic possibility of Trump securing border wall funding from the Democratic House and demonstrated Trump’s inability to strike a better deal during the shutdown.

However, not all press about U.S. politics has been negative. Both Trump and Vice President Mike Pence were praised on Spanish television networks for their initial response to the current presidential crisis in Venezuela. The United States came out in support of Juan Guaidó and against Nicolas Maduro before Spain took a stance on the crisis. Meanwhile, Spanish Prime Minister Pedro Sánchez was heavily criticized for waiting to vocally express support of Guaidó. Still, the majority of both press coverage and my international professors’ lectures about Trump have been negative.

Taking political science courses in another country can humble your thoughts on American politics. Americans may fail to realize that our ideological spectrum only covers about two-thirds of Europe’s full spectrum. For example, while some members of the American left praise former President Barack Obama as one of its champions, my Spanish Politics professor is quick to point out that Obama’s most “liberal” policies would register as only slightly left-of-center by European standards. Moreover, the word “liberal” on an international level suggests center-right economic ideology – a stark contrast from its meaning in American politics. In the United States, the words “socialist” or “communist” connote radical, anti-American ideals. Yet in Spain, the current governing party is called the Spanish Socialist Workers’ Party – or the Partido Socialista Obrero Español (PSOE). In reality, PSOE is a democratic socialist party whose ideology is relatively similar to the American Democratic party.

Of course, no country is free from political chaos. In contrast to America’s primarily two-party system, Spain has five parties (though only two major ones) that range from the far left to the far right. The latter ideology has notably swept through Europe over the past three years, following in the wake of the Brexit vote.

Spain faces challenging political problems just as the United States does. The autonomous community of Catalonia has sparked controversy throughout the aftermath of its 2017 referendum to secede, which the Spanish government declared illegal. When Sánchez came to power in 2018, he formed a coalition government with Catalán separatists promising to resolve the issues but has lost their support in the wake of a national trial against the organizers of the secession vote. The breakup of the PSOE’s coalition forced Sánchez to call new elections for this April, which his party will likely lose against united opposition on the right.

One country’s issues are not bigger than another, as each state inevitably faces challenging political situations. However, it is important for Americans to recognize our place in the international system. First, we must understand that different ideologies exist outside of our political spectrum. While those philosophies may not be practical or even popular in the United States, we should be aware that other nations allow for a wider variety of political viewpoints than America does (despite priding ourselves on being the safeguard of freedom, democracy, and creativity). Moreover, we should know that the constant political theatrics coming out of Washington have taken a serious toll on our international image, an image we probably assumed could not be tarnished.

-Sam Rosenblatt is a junior studying abroad this spring in Granada, Spain.