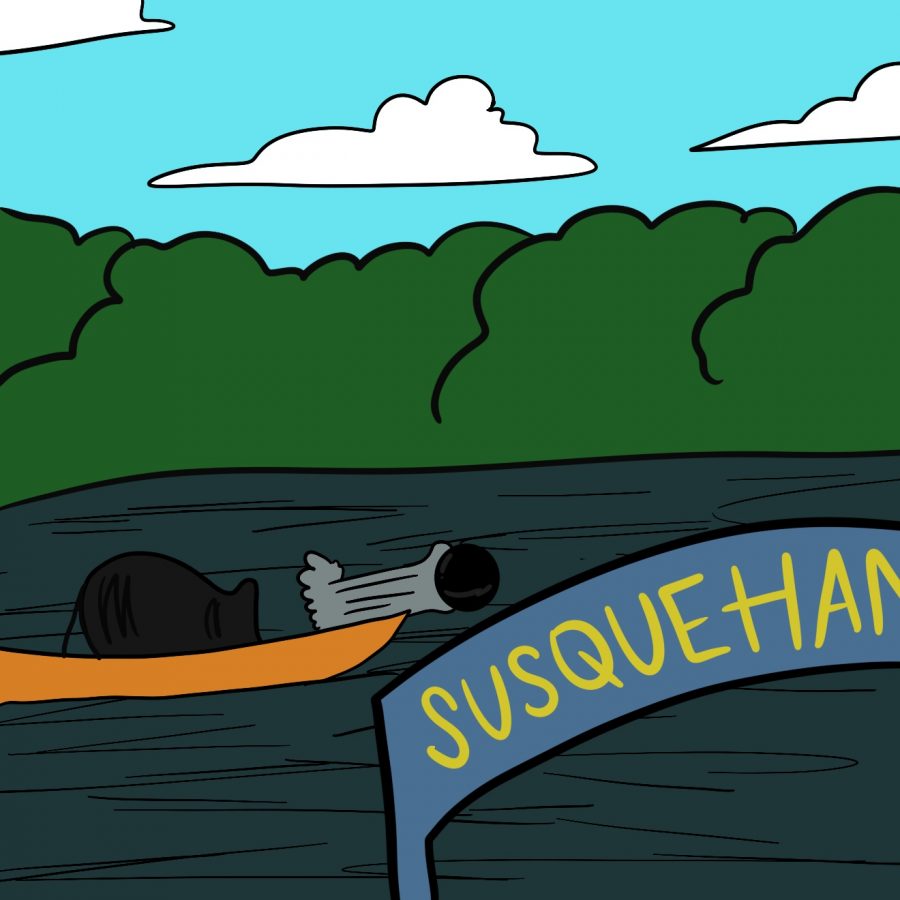 University students were startled this past Friday evening when the sound of cannon-fire rang out across campus. For the first time in the history of Canoe Battleship, one of the participating teams designed and constructed their own vessel for the competition. According to officials, however, the engineers responsible violated nearly every rule when creating the boat, equipping the towering warship with live cannons, dinghies to help board and overthrow enemy canoes, and a striking black flag featuring a terrifying bison-shaped skull and crossbones.

The engineering team, colloquially known as the “Pirates of the Maker-E,” decimated every boat in their path, achieving the fastest victory ever recorded for the event. When the judges moved in to disqualify them for illegal weapons and firearms, the pirates turned their cannons on the officials and blew them clear out of the KLARC.

The Bucknellian asked the captain of the ship, mechanical engineer Chad Sparrow ’19, about his rise to dominance before being forced to walk the plank back into the pool.

While the engineering team has yet to answer for the countless hospitalizations that resulted from their warship’s artillery, many students are silently protesting the senseless violence at the hands of the Maker-E crew. Public Safety, when asked whether or not it would move in to remove the ship from the pool and hold its occupants accountable, remained cryptic.

“We do not condone the violence that occurred here tonight,” an anonymous officer said. “However, we do not have the man or firepower to take down their dreadnought. Our goal is to wait them out. They have to go to class eventually.”

Since the competition ended and the winners were crowned, the engineers have not left the S.S. Dana, relying on allies within their major to go on supply runs and take notes in missed classes. It is unclear how long the team is willing to live aboard their ship.

“I hope they’re prepared to send my graduation cords here,” Sparrow said, admiring a gold doubloon he purchased from Street of Shops. “Because I’m not leaving this boat.”