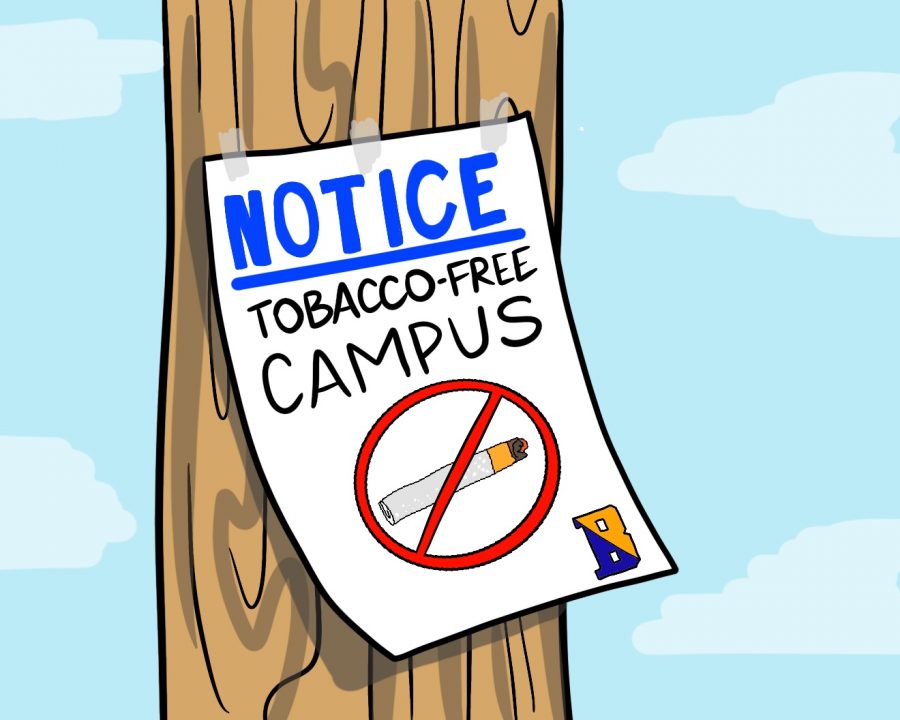 Bucknell Student Government (BSG) passed resolution #S19-21, sponsored by the Class of 2020 Senate, on March 31. The resolution states, “that Bucknell Student Government places the full weight of its influence behind developing a policy change” that would turn the University into a tobacco-free institution. This policy will eliminate the use of tobacco products on campus, including spit tobacco, snus, smokeless products, hookah, and e-cigarettes. The purpose of this change is to promote the overall health of the University community.

Although the resolution was passed, nine individuals voted against it. Some complaints against the resolution include the fact that students are unsure of what consequences may arise if the University chooses to implement the policy.

“The resolution gave a blank slate to the administration to ban smoking and vaping in any form they see fit. Whether this would include academic repercussions for students or job losses for staff was not included in this resolution. I couldn’t, as representative of my class, support something that could lead to that,” Vice President of the Class of 2022 Otis Skitch ’22 said.

“Starting the conversation and initiative is better than going against the resolution because if it didn’t pass, then that wouldn’t allow for progress on the topic whatsoever and we can choose to change our allegiance with the initiative based on how it’s written when it does eventually become a written initiative by the University,” BSG member Caroline Tattersfield ’22 said.

The main concern with the policy is centered around how the policy would be implemented, who would be affected by it, and how severely. It is up to the University now to make the next move.

“It’s important to keep in mind not just the needs of the students but also the faculty and people that work on campus and making resources available for everyone to create a greater good,” Tattersfield said.