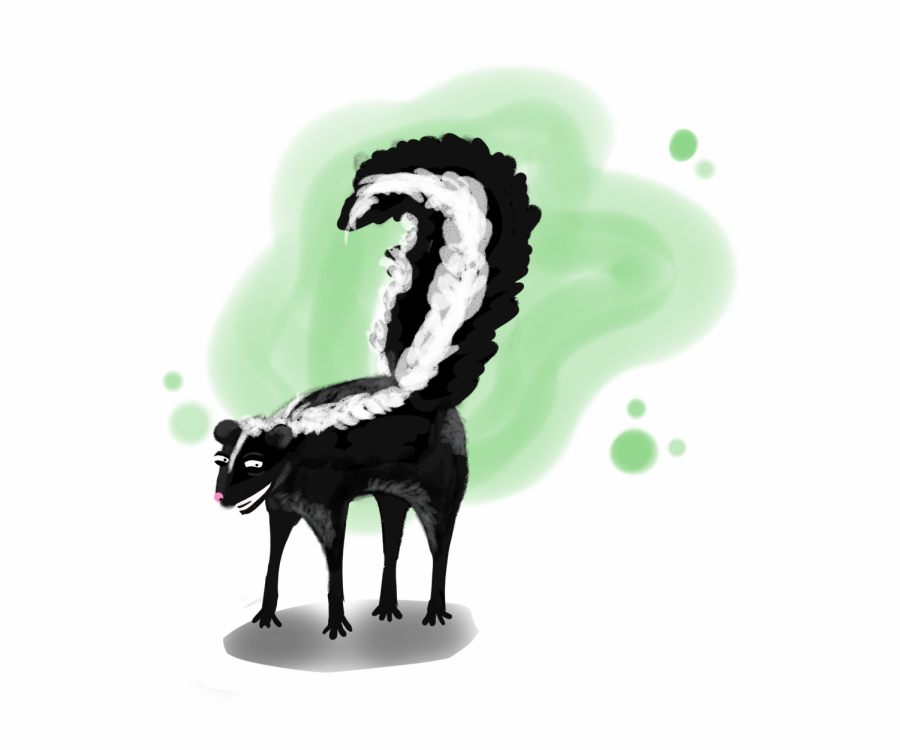 Between the bees that nest in the Adirondacks and the squirrels that lack concern for personal space, it can often seem like one is left to navigate through a jungle out here in Lewisburg, Pa. As the warm weather turns cold, however, University students begin to worry less about nature’s critters on campus.

Scott Smells ’22 was not quite fortunate enough to have those concerns dismissed.

While walking to his class in Academic West on the morning of Sept. 9, Smells was confronted and sprayed by a local skunk. Naturally having surpassed his maximum number of absences two weeks into the semester, Smells was forced to continue his journey to class.

Smells was skeptical as to whether his condition would be noticed by classmates. “I knew the smell wasn’t great,” he said. “I just figured I was being more critical of the situation than anyone else would be.”

Smells realized his drastic miscalculation after clearing the lecture hall, save him and his professor, Dr. Kenneth Kick. Consequently, Kick canceled the class for the day, along with any classes that were to be held in that room for the remainder of the day.

Kick announced that he would not be counting the absence against anyone, but would be kicking Smells out of the class indefinitely.

“I understand every student is supposed to be valuable, but there’s no way I can conduct my class with Smells in it,” Kick said. He went on to add, “It’s not like he ever participated anyway.”

Smells, despite being unable to remove the stench from his clothes days later, is ultimately pleased by the situation. Not having to attend class decreases his chances of being spritzed again. He is even considering taking legal measures. “All I have to say is that I’ve never heard of this happening to another student, and I want to be compensated for my troubles,” Kick said.

Public Safety has been on the hunt for the perpetrator since the incident occurred on Monday morning, but no skunk has been spotted on campus since the spraying. Smells described the creature as being “black and white, bushy-tailed, and having a vicious look in his eyes.”

Five-hundred Campus Dollars will be rewarded to the individual that captures and returns the skunk to Public Safety.