What deserves regulation: vaping or guns? 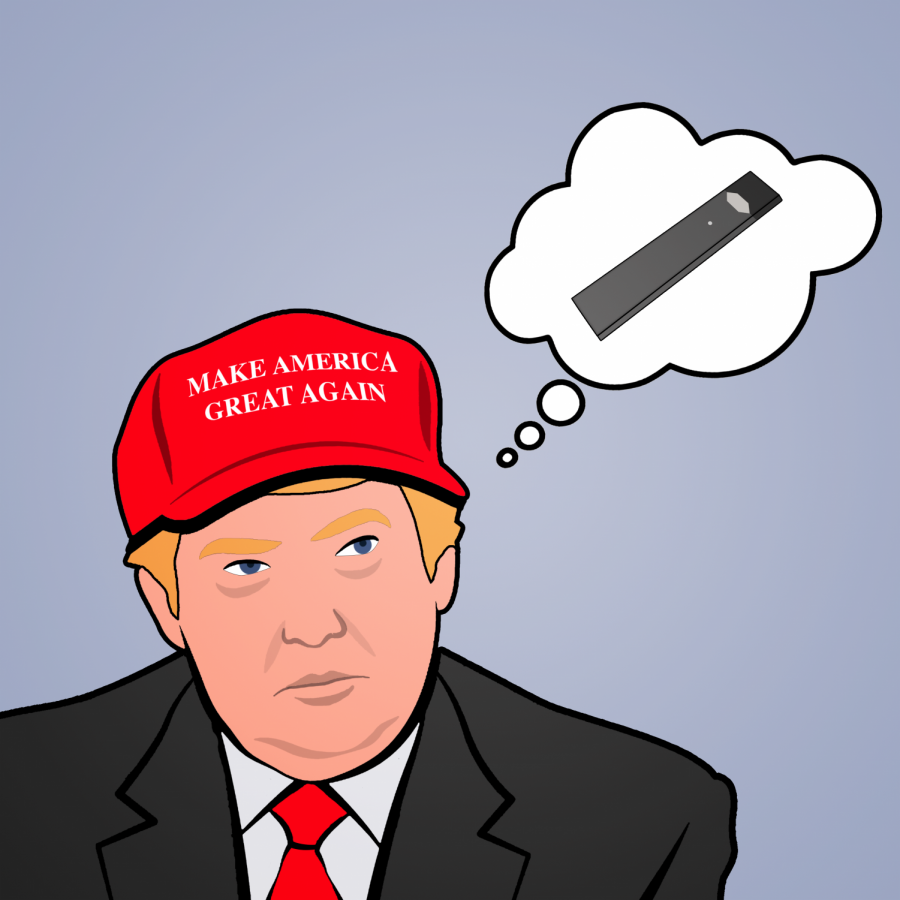 Last week the Trump Administration announced plans to address the countrywide vaping epidemic. Administration officials and top health advisers plan to ban most flavored e-cigarettes, following a tumultuous summer during which claims of vape-related illnesses became front-page stories. This step towards regulation is somewhat uncharted territory for U.S. President Donald Trump, whose clarion call has long been deregulation in order to promote private market competition. The question is then raised: what makes vapes different?

The answer seems fairly clear. If one looks at the big picture, there are two major threats to America’s children — guns and vapes. While one may be far more serious and certainly worth more attention, the Trump administration likely finds itself in a position of panic. If only to save face, the administration must take steps to protect America’s children. Yet gun violence is now the second leading cause of death among children and teens, and as of Sept. 1, there were more mass shootings (283) than days in the year (244). On the other hand, vaping has only been linked to seven deaths across the country. While the seriousness of the vaping epidemic should not be taken lightly, it is clear that the administration is actively choosing to ignore the real threat of gun violence. I feel it is crucial to point out that this administration has a choice to make regarding the safety of our children, and it has taken the easy route.

This is not to say, however, that regulatory policies should not be enacted to curb the epidemic. The problem is certainly serious and not going away. A recent study showed that one-fourth of American high school students reported using a vape in the last 30 days. While this study does not differentiate from the occasional JUUL hitter and the guy who goes through two pods a day, it speaks to the prevalence of these pesky devices in places where they simply should not be.

The initiative to regulate these products is a bipartisan initiative, originally championed by Senator Dick Durbin (D), Senator Tim Kaine (D), and Senator Mitch McConnell (R). The need for regulation has been understood on Capitol Hill since the popularity of vaping among teens was recognized as an epidemic. Overall, the administration’s move to regulate these products is not surprising, and it will likely go without significant backlash among elected officials. If we are comparing the regulation of guns to the regulation of vapes, there is a far weaker apparatus working against regulation of vaping products. First of all, there is no constitutional right to vape that has been adopted as an identity for large swaths of the population. Secondly, the epidemic is fairly new and less enmeshed in our communities.

The greatest obstacle to the regulatory effort will be the vape product companies themselves, many of whom have now been bought by big tobacco companies. R. J. Reynolds Tobacco Company and Altria Group (formerly Phillip Morris) actually own two of the largest e-cigarette companies, Blu and JUUL, respectively. Critics of the regulatory proposals have called them “anti-business” and “far-left.” However, the successful introduction of FDA regulations could prove to be a bipartisan triumph for the administration that would also pull attention away from the real crisis in our schools: gun violence.