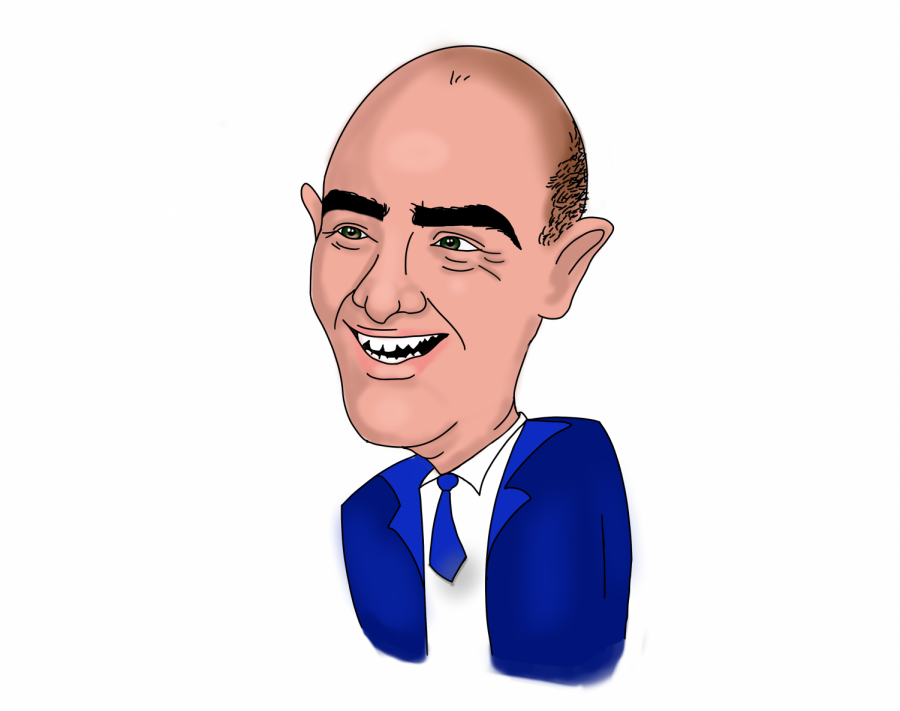 Eugene Scalia, son of the famed late Supreme Court Justice Antonin Scalia, was confirmed by the Senate as the United States’ new Secretary of Labor on Sept. 26. The decision to bring Scalia into the role of Labor Secretary, even following the previous scandal-ridden Secretary, has been widely criticized.

As Secretary of Labor, Scalia will be responsible for dealing with issues surrounding the legal status of wages, re-employment and unemployment services, workers’ rights and benefits and conditions in the workplace, among others.

Scalia will replace the disgraced Alexander Acosta, who held the position from February 2017 to July 2019. In July this year, Acosta was placed under investigation for his involvement and perceived inaction in a sex crimes case against Jeffrey Epstein, who was arrested on charges of sex trafficking earlier in July 2019. Acosta – while Epstein was under prolonged investigation of both federal and local law enforcement – struck a secret plea-deal with the sex-offender, allowing him to avoid federal prosecution and serve a total of 13 months jail time with daily work-release.

Eugene Scalia being the son of Justice Scalia alone yields a degree of concern for the new labor secretary. The late Supreme Court justice was notoriously very conservative and had a strong influence on the Supreme Court and government of his time. He is credited with many efforts to undermine the labor laws being put in place during Obama’s presidency. Both Antonin and Eugene Scalia are members of the Federalist Society, a group of conservative lawyers who have come to be greatly influential in the judicial system, and is at its most powerful under the Trump administration. In fact, today, five of the justices who sit on the Supreme Court are members of the Federalist Society.

The greatest aversion to Eugene Scalia, however, is his past as a corporate lawyer, which is riddled with defenses of big corporations and, more importantly, defense against workers. Scalia was initially nominated for Labor Secretary by George W. Bush, however, his nomination was rejected due to his controversial involvement in the corporate field and his past of advocating to reduce labor rights. These include his fight on behalf of the U.S. Chamber of Commerce against the regulation of unsafe workplaces and practices that were predicted to prevent 600,000 work-related injuries per year. Other than this, Scalia has in the past advocated against worker rights such as health insurance, disability accommodations, wage security and protection against sexual harassment, among others. Scalia recently represented JUUL, the electronic cigarette company that, aside from its involvement in the current epidemic of teenage electronic cigarette use, faced allegations of serial sexual misconduct by its founder, Steve Wynn.

Amidst the controversy over Scalia’s potential new place as Labor Secretary, he came out during his confirmation hearing to defend his past involvement in labor policies and claimed that he worked to support and benefit workers more than the public acknowledged. In his defense, Scalia touted his extensive work at Gibson Dunn (the firm at which he was employed as a corporate lawyer) to protect the rights of workers from large corporations, as well as a slew of alleged pro-bono work he has done on behalf of workers.

Trump’s nomination of Scalia follows a trend of cabinet nominations who are not well known for their positive-influence in their respective departments. For example, Trump’s Secretary of Environmental Protection, Andrew Wheeler, is not only an avid denier of the effects of climate change, but has also spent a significant amount of time devoted to the protection of fossil fuels. Scalia’s confirmation also follows a more obvious trend in which Trump’s previous elected cabinet members are replaced in the face of scandal, inaction, or misrepresentation.

While Scalia’s confirmation narrowly precedes the impending election, he and the department of labor continue to look toward their goals, most of which were in various stages of execution under Acosta. The majority of these policies are a far cry from those being put in place by the Obama administration. Though Scalia’s new place in the U.S. government may not impose severe consequences or changes for American workers, it is worth examining his fitness as Secretary of Labor, and the manner in which the Trump administration intends for the Department of Labor to operate under his authority.