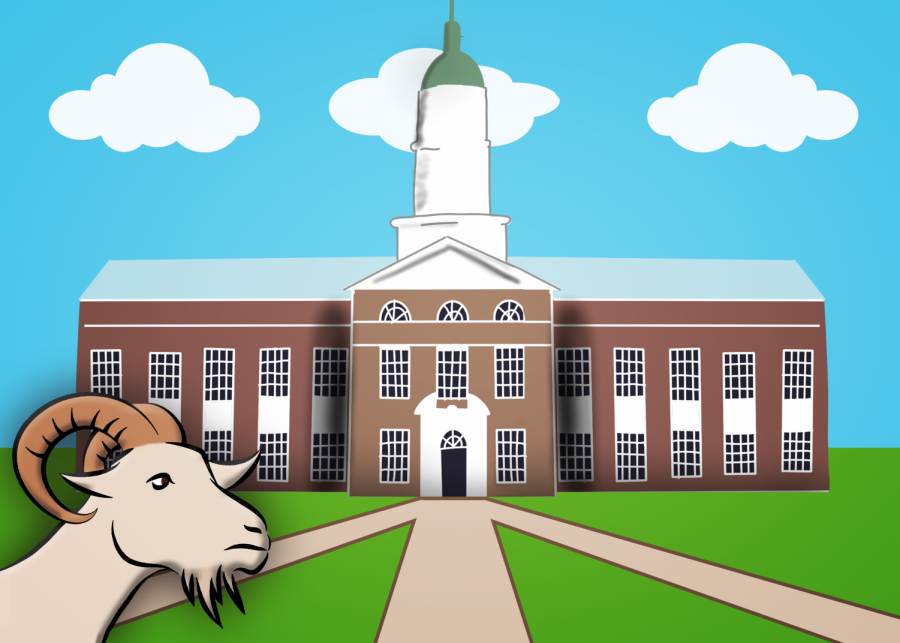 A local resident from Ard’s Farm, Billy Goat, took a trip to the University this weekend to take part in seasonal activities, including people-watching on campus.

Goat, who is held within the confines of the farm for the entirety of the season, made a run for it Saturday morning to indulge in the festivities and get a taste for what the area is like. He was assured he would enjoy the family-friendly atmosphere and a variety of fall attractions, but what he saw when he arrived shocked him beyond belief.

Upon arriving at the University, Goat reported seeing “hordes of humans forced to live in extremely close quarters.” When asked about the severity of the situation, Goat called it “unethical and inhumane.”

The humans were said to be wandering aimlessly around campus while looking distressed and confused. Goat is disappointed in the outcome of his trip, but he was grateful he had not subjected his kids to the heart-wrenching spectacle.

In an effort to raise awareness of the issue, Goat is imploring other locals to boycott the University in an effort to force officials to “improve living conditions for these helpless creatures.” Goat, an avid human activist, left the venue immediately after his discovery, taking several other guests along with him. “I just think they’d be a lot happier if they were able to roam free,” he was heard saying when urging people to cease patronage.

The backlash came at an unfortunate time for University owners, as customers became self-aware right as the season peaked. The University’s patronage has suffered a sharp decline after the incident.

Goat is still continuing his boycott efforts and is hoping to gain the attention of organizations like the American Society for the Prevention of Cruelty to Humans (ASPCH) and People for the Ethical Treatment of Humans (PETH).