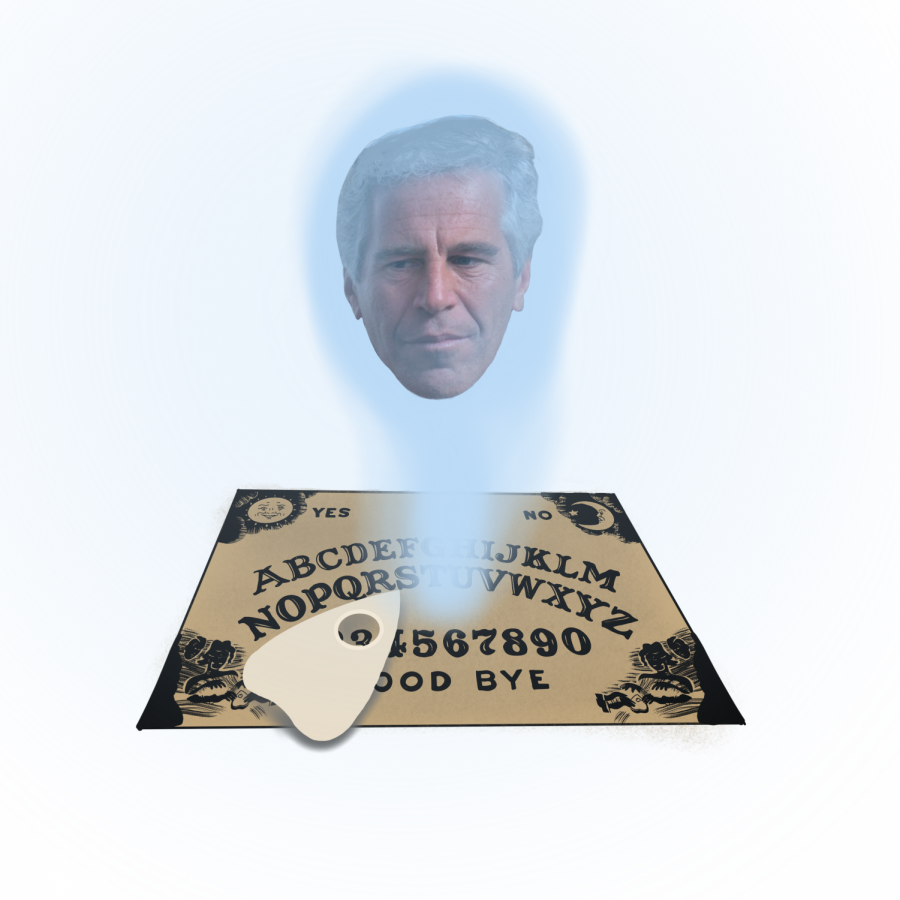 Early last Sunday morning, Rooke Chapel hosted a service unlike any other. Famous for its annual Candlelighting and First Night services, Rooke stands as the physical embodiment for those who search for life’s toughest questions. These include, “Why am I here?,” “What’s the right thing to do?” “How did life start?” and of recent importance, “Did Epstein kill himself?”

Jeffrey Epstein is notorious for serving a light sentence of thirteen months beginning in 2008, after pleading guilty to abusing two fourteen-year-old girls. Epstein was again arrested in July of 2019 under sex trafficking charges and was found dead in his cell a day after being moved to solitary confinement. Many have speculated that his death is linked to the Clinton family, as flight records show that Bill Clinton flew on Epstein’s jet 27 times, making it plausible that Epstein held other damaging information about the family.

Enter the University Ghost Truthers. In a written statement, they elucidated that they performed a seance to complete two actions: “to figure out what really happened to the convicted pedophile and to damn his soul to hell.”

“In order to ensure effectiveness, while protecting ourselves, we bought out Walmart’s supply of finely scented candles, warm muffins and iodized salt. We already had the Ouija board,” Brynn Brash ’20, the leader of the group, said. Salt is commonly used in seances to protect oneself against the power of the evil spirit, “and we chose iodized because it’s good for the thyroids.” The warm muffins were in case they got hungry.

At precisely 3:08 early Sunday morning, the club’s members convened to begin lighting the nearly 700 candles required to summon the spirit of Epstein.

The ceremony began as the group leader’s voice rose above all the others chanting in low voices, crying, “Thou lump of foul deformity! Reveal yourself to us tonight, tell us your secrets!”

When posing the question of whether Epstein killed himself, the planchette remained unmoved. Brash tried again, imploring the spirit to speak in the space. All of a sudden, a faint voice rung out from the balcony of the chapel – but no one was there. It said, “I’m here.” Knowing that their ceremony had worked, the Truthers implored, “Spirit! Tell us whether you were the one who chose to pass from this world. Did you commit suicide?”

The voice responded, softly, “Let me put it to you this way. How easy do you think it is to take your own life while you’re on a twenty-four-hour suicide watch in a prison famous for the world’s most notorious prisoners?”

Moving on to the second part of the seance, the Truthers each took turns quoting Shakespeare, in an attempt to ensure Epstein’s spirit a lifetime of suffering.

After a full thirty minutes of these insults, Brash closed with the worst of them all: “Goodbye, thou leathern-jerkin, crystal-button, knot-pated, agatering, puke-stocking, caddis-garter, smooth-tongue, Spanish pouch! And thou unfit for any place but hell.” More attempts at communication with Epstein will be made in the coming weeks.