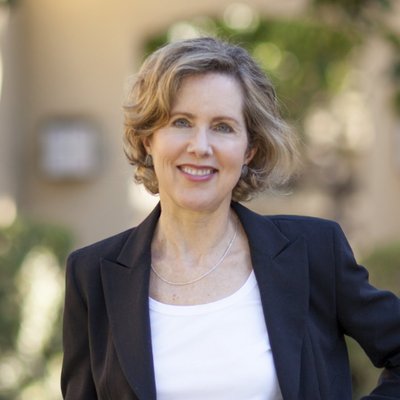 On Thursday, Nov. 14, conservative political commentator Heather Mac Donald spoke at the University’s Bucknell Hall at the invitation of the Bucknell Program for American Leadership (BPALC). The organization sponsored Mac Donald’s visit as part of their series, “Campus Policies and the Liberal Arts.” In her lecture, entitled “The Diversity Delusion: How Race and Gender Pandering Corrupt the University and Undermine Our Culture,” Mac Donald discussed identity politics, university-led anti-bias efforts, campus censorship and diversity initiatives, among other topics.

Mac Donald’s visit sparked outrage among several members of the faculty and the student body in the weeks leading up to the talk, with many opposing her invitation and labeling her rhetoric as dangerous. They pointed toward Mac Donald’s comments about the “diversity delusion” and so-called “campus rape myth,” asserting that such remarks threaten the safety of marginalized communities, while also expressing anger at her invitation being funded by the University.

In his introduction of Mac Donald, Professor of Sociology and BPALC faculty affiliate Alexander Riley denounced these frustrations by expressing his concern at what he deems a lack of diversity of opinions at the University — and at liberal arts schools as a whole. Riley asserted that the BPALC’s mission — and reason for inviting Mac Donald — is “to make Bucknell a place where real intellectual diversity and real viewpoint diversity or policy are possible.”

Mac Donald opened her lecture by addressing the controversy that has surrounded her visit, citing the Bucknell University Democratic Socialists’ “Don’t Cross the Line” protest. She then began by noting how privileged she feels University students are, while claiming that “despite unfettered access to intellectual riches, students across the country are being taught to think of themselves as victims and to see bigotry where none exists.” Mac Donald continued by expressing her concerns at what she sees as a growing trend of victimhood on college campuses, noting protests at Yale and Brown by students of color. She contended that such discourse is merely the result of university administrators’ tendency to “encourage students to see everything through the lens of oppression and identity politics,” while adding that any student who feels oppressed while having access to all the resources a college campus has to offer is “in the grip of a terrible delusion.”

Mac Donald concluded the lecture by criticizing diversity initiatives in college admissions and hiring processes, claiming that doing so undermines the process of meritocracy. Using the increase of women in STEM fields as an example, Mac Donald argued that, “in faculty hiring searches across the country, the most qualified candidates in physics, astronomy, chemistry and math are being sidelined in favor of so-called ‘diverse’ applicants, regardless of those applicants’ research record.”

At the end of the talk, Mac Donald opened up the floor for questions. The first query came from Mickey Arce ’20, who asked how one can manage to challenge the status quo without being accused of engaging in various forms of bigotry. In response, Mac Donald insisted that such attacks are inevitable when one challenges what she describes as “the dominant ideology of victimhood,” but that she respects those students who fight for greater “viewpoint diversity.”

Mac Donald was also asked to elaborate on her comments about the so-called “campus rape myth,” a term of hers that was used to criticize her invitation to campus. In response, Mac Donald reiterated that she believes the rate of sexual assault on campuses has been greatly exaggerated. She also argued that if campus rape was as great an issue as has been indicated, “there would have been a movement to create single-sex schools where females can study in safety years ago. I would hypothesize that mothers would be demanding that colleges revise their admissions criteria to stop admitting all these rapists. Instead, what you see year after year is the stampede of females to get into college gets more and more intense.”

Many students found Mac Donald’s comments about sexual assault to be disconcerting, even despite agreeing with other portions of the lecture. “I agreed with her points about how people can be hired for a job or admitted into a college even if they aren’t the best candidate due to ‘diversity hunting’ hiring committees. But I did not agree with her that women are often asking to be raped or should ‘not go out’ in order to avoid getting raped. I also did not agree with her thoughts on college campuses being the most inclusive places in America where racism doesn’t exist,” Charlotte Artesani ’20 said.

Associate Professor of Political Science and BPALC faculty affiliate Chris Ellis acknowledged such student concerns, but still found value in Mac Donald’s lecture. “One can have arguments with her views: I have my own objections to much of what she says. But to blindly and reflexively dismiss her views as ‘violent,’ ‘ahistorical,’ ‘vitriolic,’ ‘dehumanizing,’ ‘hate speech,’ or other things I’ve seen written recently, is fundamentally anti-intellectual and at odds with the very values that a liberal education is supposed to instill.”

While he made it clear that he has no problem with those students who opted to peacefully protest Mac Donald’s talk or attend the Speak UP event, Ellis praised those who were in attendance to hear Mac Donald speak, especially those who profoundly disagreed with much her perspective. “These students asked challenging questions, and got to hear a perspective that challenges their own. I hope that they came away with something, even if it’s just a better sense of why they believe what they already believed. These are the students that make me proud to be a Bucknellian,” he said.

Andrew Marinaccio ’20, a student associate for BPALC, was also satisfied with Mac Donald’s visit. “It provided the Bucknell community with some seemingly ‘unorthodox’ points of view, which are absolutely critical in the pursuit of truth,” Marinaccio said. “The only way to develop an informed and complex worldview is to be exposed to evidence based reasoning of others. It is almost impossible to learn something from someone who agrees with you on everything.”

Artesani — who also supported Mac Donald’s visit in the name of difference of opinions — still did not find value in the lecture. “I don’t think it was especially useful to go since it seemed like she didn’t have much data to back up some of her ‘wilder’ claims and often would talk in circles or even contradict herself,” she said.

Other students echoed these sentiments, questioning the legitimacy of Mac Donald’s arguments. “I did not find any of her points to be interesting, her evidence to be well founded, nor did I find her defense when questioned to be at all convincing. I asked Mac Donald a question about what she deems to be the ‘campus rape myth,’ and when I specifically asked her to provide statistics to back her claim, she was unable to provide such evidence,” Katherine Kromer ’20 said. “I went into the talk knowing that I would most likely disagree with every single one of her points, but I went because I attended the previous two talks and found that I was able to find parts of their arguments convincing or at least compelling. Mac Donald’s talk was different from the other two speakers in that her argument was notably weaker and unscholarly.”