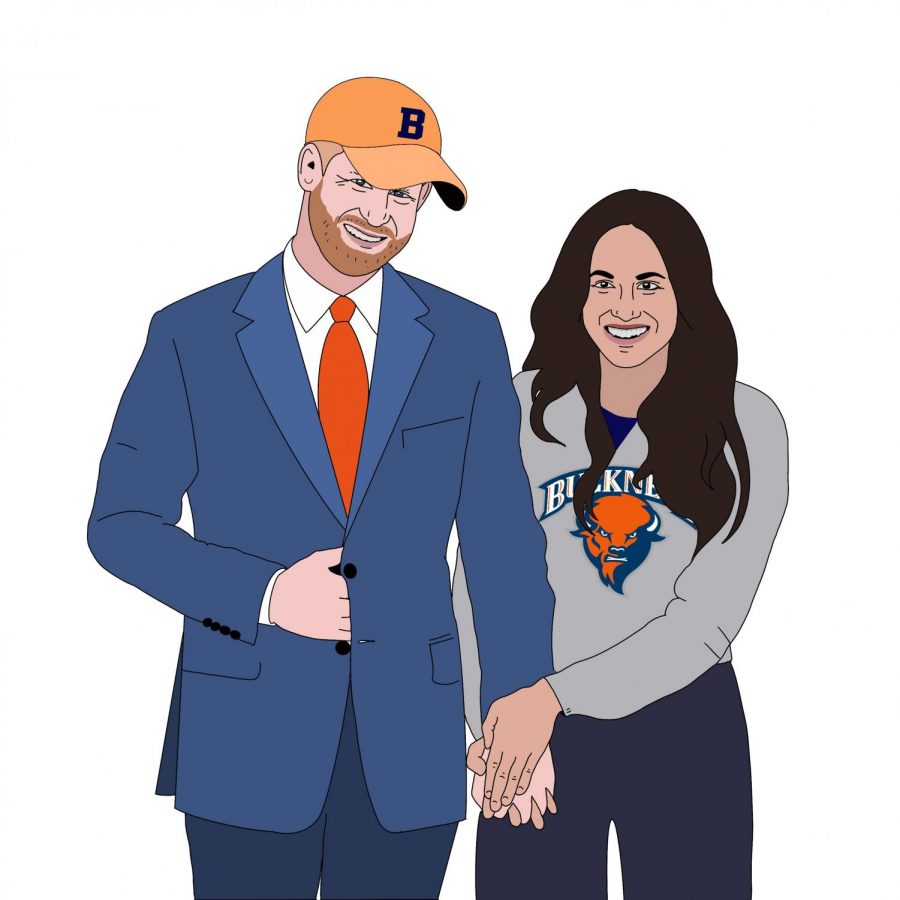 Meghan Markle and Prince Harry, the Duke and Duchess of Sussex, have recently rejected their royal titles and will no longer be living exclusively in Britain. This change has come after unwarranted backlash toward Markle, some saying due to racism by the British media and Crown, causing them to move to one of the least diverse places in Markle’s birth country: central Pennsylvania.

That’s right, Meghan and Harry have finally announced they will also be allotting some of their newfound free time to living on the University’s luxurious campus. The couple, planning to move into the future Vedder Castle, is eager to become one with the Bison.

The University’s financial aid office is also ecstatic about the new addition to campus. Chelsea Cheap, head of the office, says the couple’s residence on campus will be “a great opportunity for the University to reevaluate tuition costs,” as prices will need to be “mildly altered” to accommodate the construction of Vedder Castle.

Already undergoing preparations to trade in the Mall of London that they are used to for the nearly-abandoned Susquehanna Valley Mall, Markle and Prince Harry are optimistic about their decision in their change of residency. A spokesperson of the Duke and Duchess, Nancy Naïve, optimistically explains the transition is expected “to go as well as their departure from their royal positions.”

One main attraction for the couple, besides the high standard of living for residents boasted by University officials, was the food service available on campus and nearby. With Chipotle available via Doordash, Markle’s blasphemous vice of avocado consumption will surely go unnoticed by her new companions.

Some students, concerned about seeing a significant change in campus life upon the couple’s arrival, have voiced mild apprehension to school officials. The University has assured students that very little will change in their day-to-day lives, aside from the continual decline of parking in order to accommodate for increased security, decreased attention from custodial staff in all other dorms to ensure ultimate comfort for the couple and a switch from the standard duo-authentication method to a trio-authentication to guarantee the safety of royal information.

We are looking forward to welcoming the couple to campus!