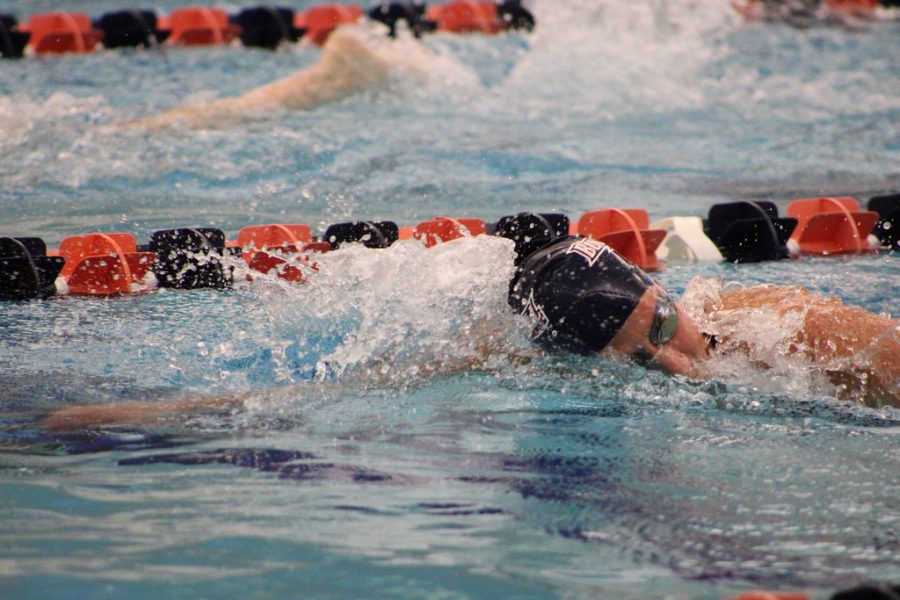 The Bison men’s swimming and diving team hosted their senior night on Jan. 18 as they competed against Boston College. The Bison were surrounded by a huge support system filled with family and friends in honor of their seniors.

“The weekend was that everyone was up and cheering which created an exciting meet and led to massive success all around. Although the end result wasn’t what we wanted, we had an outstanding meet and are ready to bring the energy again and carry that into our championship season,” Kuyl said.

The Bison men will have their last Patriot League meet of regular season on Jan. 25. The meet will take place at Lehigh University at 1 p.m.

The Bison women’s swimming and diving team celebrated their Senior Day with a win over Boston College, 163.5 – 136.5. The Bison’s 11 first-place finishes and podium sweep in two events spoke to the team’s depth and strength.

In their last home meet of the regular season, seniors Abby Merriman and Emma Hadley contributed to two gold finishes each. Hadley swept both the 100 and 200 backstroke events, while Merriman topped in the 1,000 freestyle and 400 freestyle relay.

Remarkable showings from underclassmen are promising of strong seasons to come for the program. Catherine Craig ’23 claimed both breaststroke races, finishing in 1:04.73 and 2:19.08 in the 100 and 200, respectively.

Maddie Hartigan ’22 tallied the most wins of the day, earning gold in four events.  Along with wins in the 100, 200, and 500m freestyle, Hartigan teamed up with Merriman, Emily Gorham ’21, and Megan Koczur ’21 to win the 400 freestyle relay. Hartigan’s 100m freestyle win at 51.20 seconds is the seventh in school history.

Hartigan was joined by two Bison on the podium for the 500 freestyle, with Merriman coming in just three seconds after Haritgan to take second while Gorham took third under a second later.  The Orange and Blue’s other podium sweep was led by Maggie Wyngowski ’21 taking first in the 200 IM. Wyngowski was joined on the podium by teammates Craig and Sabrina Vumbacco ’23.

The Bison women will attempt to tally another win as they compete against Lehigh. A win over the Mountain Hawks would be the sixth season in program history to reach double-digit wins.