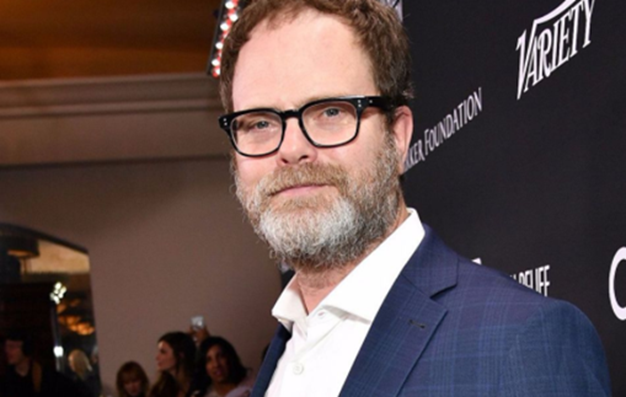 The Student Lectureship Committee will welcome actor, writer and YouTuber Rainn Wilson to the University on Feb. 4 at 7 p.m. in the Weis Center for the Performing Arts. Best known for portraying Dwight Schrute on NBC’s Emmy Award-winning comedy, “The Office,” Wilson is expected to cover topics spanning from his nine seasons on “The Office” to his new Amazon series, “Utopia.” The lecture will be in the form of a moderated talk and conclude with a Q&A session.

With an MFA from NYU’s Graduate Acting program at the Tisch School of the Arts, Rainn Wilson worked largely in theater during his early career as an actor. He starred on Broadway in the Tony-nominated “London Assurance” and “The Tempest,” in addition to being in several off-Broadway shows.

Wilson made his on-screen debut in an episode of the soap opera “One Life to Live” in 1997. His first breakthrough role was his portrayal of assistant mortician Arthur Marin in the HBO series “Six Feet Under.” The cast won a Screen Actor’s Guild Award (SAG) for “Outstanding Performance by an Ensemble in a Drama Series.”

In 2005, while Wilson appeared in the comedy film “Sahara” and the mockumentary film “The Life Coach,” he was cast as Dwight Schrute in the new comedy series, “The Office.”  For playing the socially awkward, obsessive salesman, Wilson won two SAG awards for best comedy ensemble on the series, in addition to being nominated for an Emmy for Best Supporting Actor in 2007, 2008 and 2009. Wilson not only acted in the series but also directed three episodes: “The Cover-Up,” “Classy Christmas” and “Get the Girl.”

“Rainn Wilson is an outstanding actor and artist capable of bringing immense joy to those who follow him. His unique ability to captivate an audience makes him one of the most exciting lecturers to come to campus since I have been here at the University,” Ryan Bailis ’21, a member of the Student Lectureship Committee, said.

More recently, Wilson appeared in several movies including “Permanent,” “Shimmer Lake” and “The Meg.” In 2017, he was cast to play Harvey Mudd in “Star Trek: Discovery” and he directed an episode of “Star Trek: Short Treks.” In the upcoming Amazon Original Series, “Utopia,” Wilson is slated to be a series regular, playing virologist Dr. Michael Sterns.

Wilson is also the co-founder of SoulPancake, which has grown from a YouTube channel into a media company with over four million fans. SoulPancake has developed shows like “Kid President” and “Tell My Story.” The media company has created hundreds of hours of content and has accumulated over 500 million video views.

“Rainn Wilson is one of my favorite actors of all time. ‘The Office’ is one of the only shows I can watch year after year and still find the jokes funny every time,” Bailis said.

Tickets to the event are free for all students and will be available at the Campus Box Office.