The future of women’s tennis 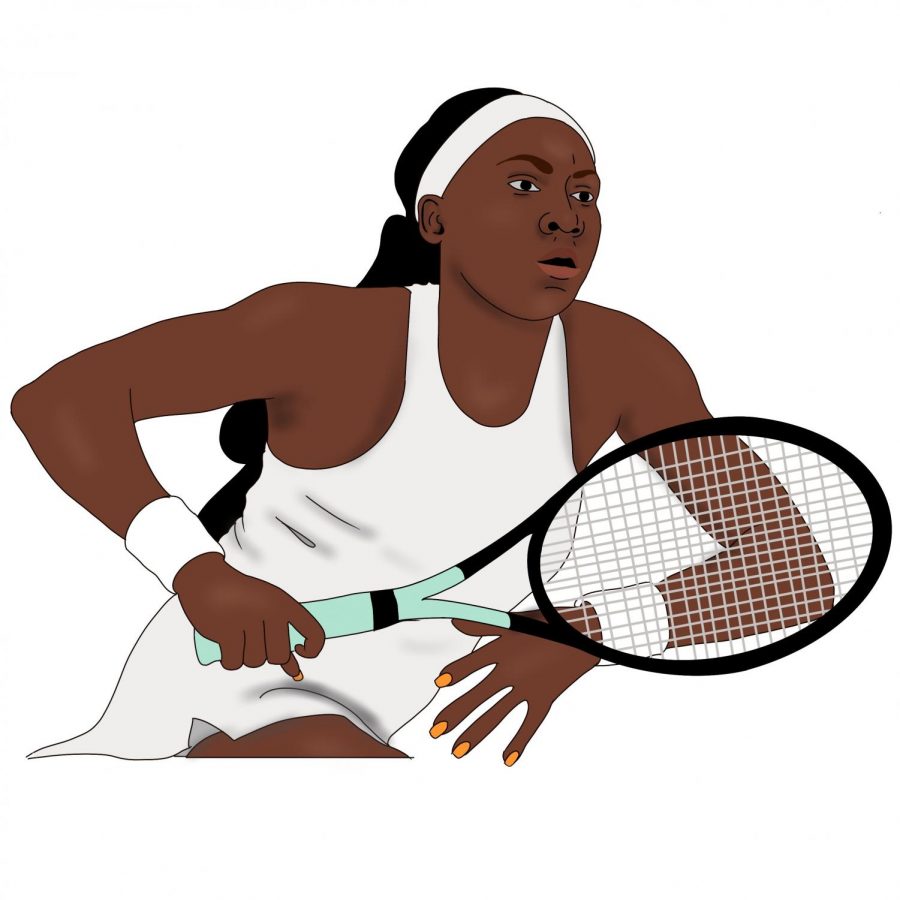 When discussing young talent across various international sports, stars such as the Dallas Mavericks’ Luka Dončić or Paris Saint-Germain’s Kylian Mbappé are often brought up as the future of their respective sports. However, the international sports community is currently seeing young dominance on a different level. At the astounding age of 15 years old, Cori “Coco” Gauff is beginning to leave her mark.

Gauff has been playing tennis for her entire life. Though originally from Atlanta, Ga., at age seven her family relocated to Florida after her mother discovered an immense, untapped potential in her. She soon began training with Gerard Loglo at the New Generation Tennis Academy. From there, Gauff’s career started to elevate, as she was eventually selected by Serena Williams’ coach Patrick Mouratoglou to train in Nice, France at his tennis academy. To name a few of her early accomplishments, at age 12, she won three girls’ 16-and-under singles matches at the Eddie Herr International Championships and in 2018 went on to win the junior Grand Slam title at the French Open in Paris, France. With so much success, she was starting to become nationally recognized.

Throughout her short career Gauff has already battled and defeated some of the biggest names in women’s tennis. This includes defeating  her lifelong tennis idol, Venus Williams, in an electric win at Wimbledon. Even this past week at the Australian Open, she defeated Naomi Osaka, the defending champion and fourth-best player in the world. To put this in perspective, Gauff started 2019 ranked No. 684, yet just defeated No. 3 seed Osaka 6-3, 6-4 in her match.

After her monumental win, Gauff was shown staring directly at her coaches and parents with wide eyes.“Honestly what is my life?” Gauff later said.  “Like, oh my gosh, two years ago, I lost in the first round of juniors, and now I’m here. This is crazy.”

Gaining notoriety from celebrities such as Michelle Obama, Magic Johnson and Abby Wambach, Gauff shows that sports have the ability to bring out the best in each of us and help us tap into our true potential. Although she claims she still has an extremely long way to go in her career, one cannot help but marvel at what she has already done for her sport as she continues to shift the dynamic of women’s tennis.