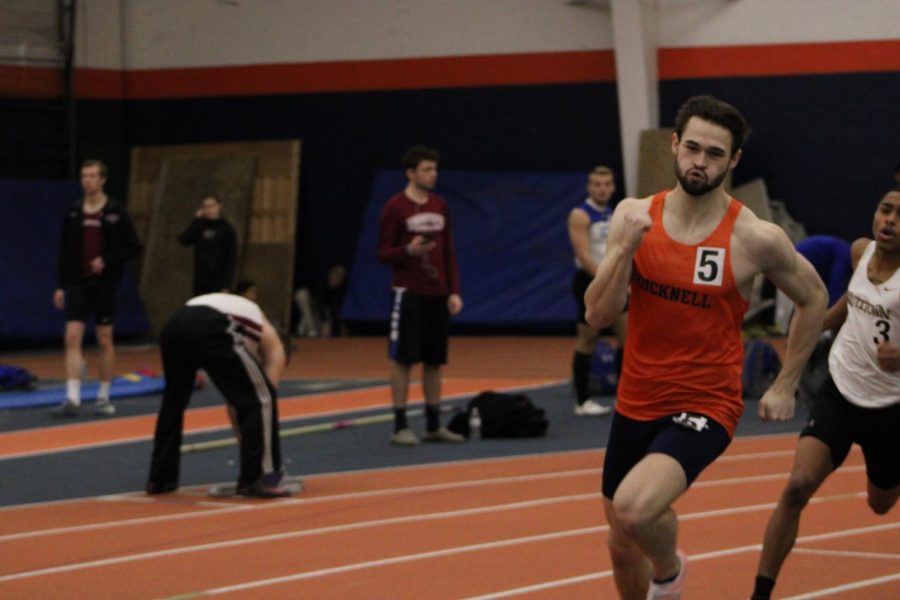 The Bison men’s track and field team posted impressive wins this weekend at the Bison Open and Multi and the Penn State National Open. Both meets were two-day events in which the team was split, with one group traveling to State College, Pa. and the other staying at the University to compete.

At State College, Jeff Brown ’20, school record holder in the 60, qualified for finals in the event with the second-fastest time in the preliminary round (6.81) before earning a 15th finish in the finals. CJ Falcioni ’20 posted a great mark that earned him a 13th place finish overall in the weight throw, with Ninh Lam ’20 and Hayden Lindsey ’20 placing 25th and 29th, respectively.

At the Bison Open and Multi in Lewisburg, Jack Memoli ’22 took third in the 60 hurdles with a new personal best that just missed earning IC4A qualification.

Other notable performances on the first day of the Bison Open and Multi were made by Ryan Miele ’22, who took third in the 5000, David Kelly ’20, who reached a new personal best by six inches in the pole vault along with top honors, and the distance medley relay squad comprised of Seth Hoffritz ’23, Caleb Wooten ’23, Dylan LoPresti ’23, and Dom Campagna ’23, who finished runner-up.

On the second day of competition at the Penn State National Open, the Bison finished strong, with Brown taking eighth overall in the 200 with a time of 22.08, Zach Ruiz ’20 and Falcioni competing in the shot put each posting new personal bests while also placing 10th and 11th, respectively.

In Lewisburg, newcomer Stefone Moore-Green ’20 posted a top finish of the day for the Bison as he placed first in the 400 with an IC4A-qualifying time. The senior has now qualified for IC4As in two different events.

“As a team, I think we did well, but we definitely can improve as a whole. We have high aspirations for the season and are working to get better every day,” Moore-Green said.

Other top finishers at the Bison Open and Multi included Terryl Ferrell ’20, who earned a win for the Bison in the 100, Brendan McGill ’20 who placed second in the mile, and Noah Martin ’23, who took third in the 3000.

The Bison will return to University Park in State College, Pa. next Saturday for the Sykes and Sabock Challenge.