The Super Bowl: an advertising frenzy 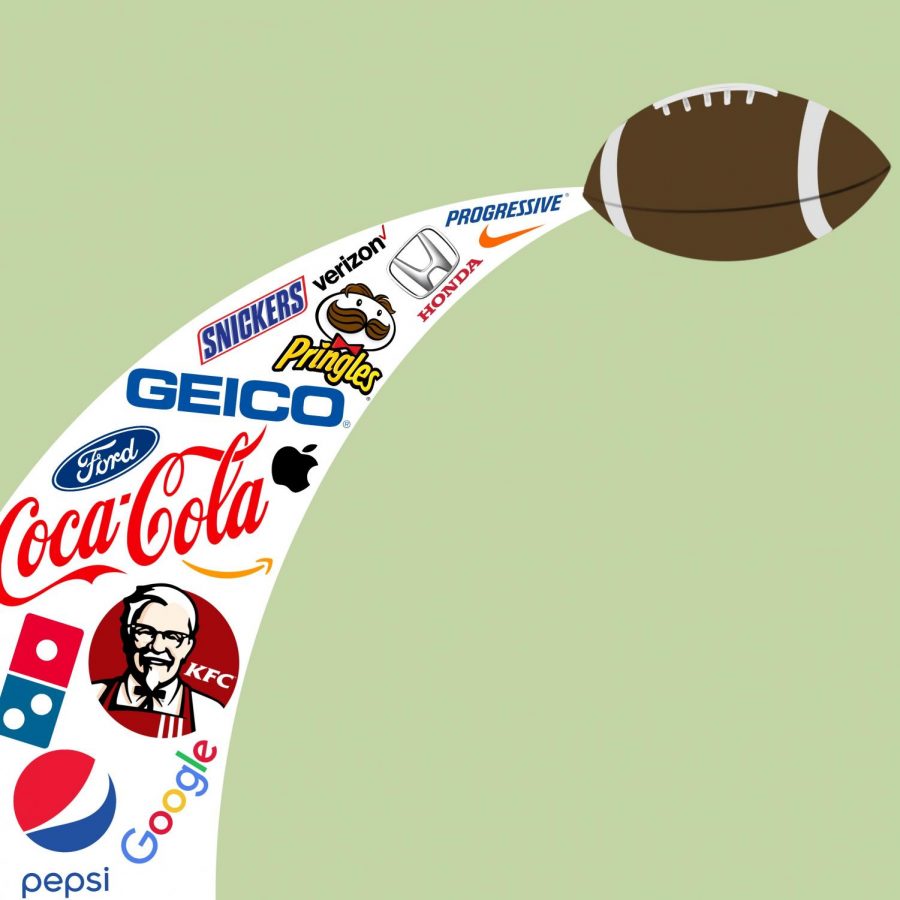 With its commanding cultural influence and 100-million-strong yearly viewer base, the Super Bowl attracts businesses who wish to have their ads run during commercial breaks. But viewers are left on their couch stuffed from endless appetizers and thinking: Is it worth it for companies to pay over 5 million dollars for only thirty seconds of screen time? Of course it is.

The Super Bowl’s immense following is perhaps its greatest asset to corporations looking to expand. The opportunity to promote a product or organization that will be seen by this substantial number of viewers is not something that companies can just pass up, even at the unbelievably high cost. And although $5 million for thirty seconds of screen time seems absurd from a viewer’s perspective, it is a good investment from a company standpoint. If a company is trying to increase sales and popularity, then there is no reason to not pay for a commercial spot where they can be sure that about 100 million people will see it – and the commercials don’t even have to be tear-jerking or good.

Did you think that any of the commercials were absolutely terrible? For example, look at the Snickers commercial. It claimed that by eating Snickers chocolate bars, many of the world’s problems, no matter how serious, would be fixed. The company was met with backlash from viewers who thought it was silly and unrealistic to think that eating chocolate bars would solve any global crises. These viewers are valid in their distaste for the ad, but I argue that this does not necessarily mean that Snickers sales will be hurt by their poor advertising decisions. If anything, I think that sales will improve. A seemingly bad or annoying commercial raises salience around it. And when brand names are put into people’s minds, it makes them subconsciously be drawn to Snickers bars the next time they are at the grocery store or are craving a chocolate bar, thus increasing their sales.

Some of the best commercials, though, were the ones that were not centered around increasing profit. My favorite of the night was about Scout the dog. Scout had a tumor on his heart and the ad was thanking the veterinarians who saved his life. I know I am not the only viewer whose heartstrings were pulled by this commercial; it was a great way for people to see how their donations towards veterinary practices can help save other animals like Scout. It was smart advertising, but the story behind the ad is what almost brought me to tears.

You can see that there is more than one route for companies to benefit from their ads. They can make people cry, guilt them into donating, make people laugh or, like in the case of the Snickers ads, they can make their commercials catchy and annoying so viewers cannot get their brand name out of their heads. But at the end of the day, getting their company’s product out there is the main driver for putting their ads in Super Bowl commercial slots for over 100 million viewers to see.