‘Speaking Up’ about sex: a week of positivity 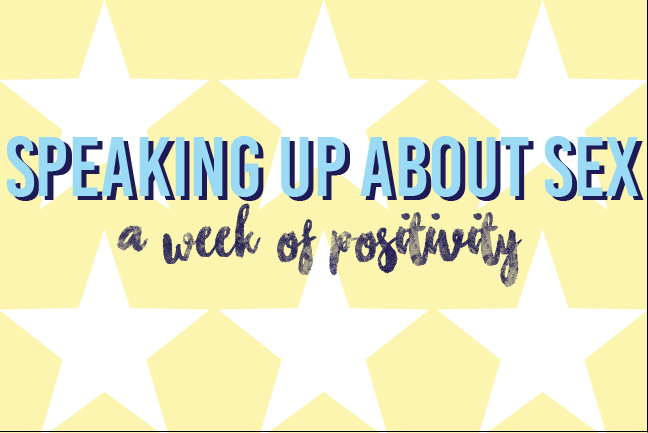 This year, the University recognized the third annual Sex Week on campus. Each year, Speak UP dedicates the week around Valentine’s Day to promoting sex positivity through various events and programs on campus. Since it was founded in 2012 by student volunteers, the group has been supervised and coordinated by the University’s Interpersonal Violence Prevention Coordinator. Their mission focuses on sexual misconduct prevention, education and awareness for all community members of the University.

Speak UP has established its presence on campus through workshops, event series and programs. As their page states, there are many ways to get involved with the University’s “efforts to prevent power-based personal violence,” a taxonomy which includes sexual misconduct, sexual violence, relationship violence and stalking.”

Students can apply to join the movement and become a “Speak UP Peer,” where they undergo 35 hours of training in order to become qualified to educate their peers. The Ally Program is a similar seven-week experience for students who exemplify good character to become a leader in their organization(s) who can advocate for the intentions of Speak UP.

The organization also offers workshops, during which they present their topics and facilitate conversations with any dorm hall, club, chapter or team. Additionally, Speak UP hosts a variety of events similar to Sex Week throughout each semester, including Take Back the Night, the Clothesline Project, No More Month, the Red Flag Campaign, Purple Thursday and Sexual Assault Awareness and Prevention Month in April. Lastly, and most importantly, Speak UP actively encourages all individuals on campus to be positive bystanders, as their movement is one to which we can all contribute.

Breaking Down the Sexual Stigma

Speak UP Peers Jenna Phillips ’20 and Alisa Hardy ’20 shared some of their thoughts about the purpose of Sex Week, their personal experiences in the organization, and how all students can become more involved in the movement.

Phillips stresses the importance of listening to everyone’s experiences when it comes to these topics. She finds Sex Week beneficial, as “everyone comes from different backgrounds in terms of sex education and sex exposure, so [it] has events that stimulate these conversations.”

“Speak UP has shown me the value of a work in progress. I won’t pretend like [it] has always been a great resource for everybody because there are valid critiques of the dominant white-and-heterosexual narrative. That being said, Speak UP has members within the group who do the exhausting work of pushing back against this narrative, and fight for an inclusive [community]. These people make the organization an ever-evolving work in progress, and I think there’s value in that,” said Phillips. Additionally, she believes that “the best thing we can do is let people tell their own stories.”

“The goal of sex week, in my opinion, is to promote healthy attitudes around the concept of sex while also, in Speak UP fashion, raising awareness about sexual assault on campus,” said Hardy. “It is about influential and educational events that help break down stigmas, help this campus get a better view of hook-up culture, and start conversations about healthy relationships.”

Hardy elaborated further on the purpose of Sex Week: “I think sex has an enormous stigma around it and part of Sex Week is breaking down that stigma and making sex a subject we can healthily talk about. I think it is also important to note that not all sex is heterosexual sex and beyond that, there are numerous other intersectional aspects of sex. We cannot talk about sex without recognizing that as well.”

She also noted how many of the issues that Speak UP highlights are not recognized to the extent that they should be by the rest of the campus. To address this, Hardy said, “It comes down to every single person on this campus needing to be an ally to anyone else, friend or stranger, that they see in an unhealthy situation.”

Although Sex Week has passed for this year, all students are encouraged to participate – or nominate others to participate – in the ally program, whose goal is supporting efforts to have conversations that, while difficult, are essential in promoting sex-positivity.

This year, Speak UP curated a list of engaging events for the University. To kick off the 2020 Sex Week, student members spoke on the Sex Week Panel: In The Dark. Phillips was especially a fan of this event, as she believes “if we can [handle having] sex with each other, we can probably handle talking about it.”

On Tuesday, students were encouraged to wear orange to show their support for healthy relationships. Additionally, Cameron Esposito, a standup comedian, used humor to share her perspective as a survivor of sexual assault in an act titled “Rape Jokes.”

On Wednesday, students attended a lunch event in partnership with One Love Foundation in the ELC Center Room.

To wrap up the week, Uptown will be hosting the event, “‘Hops’ and Humanities: Sex and Humor in Early Modern Japan” on the evening of Friday, Feb 14.